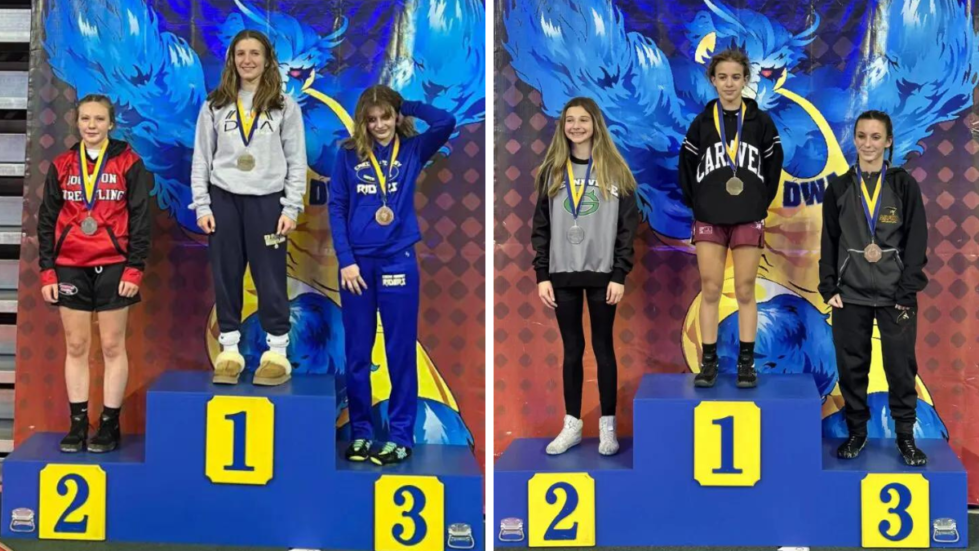 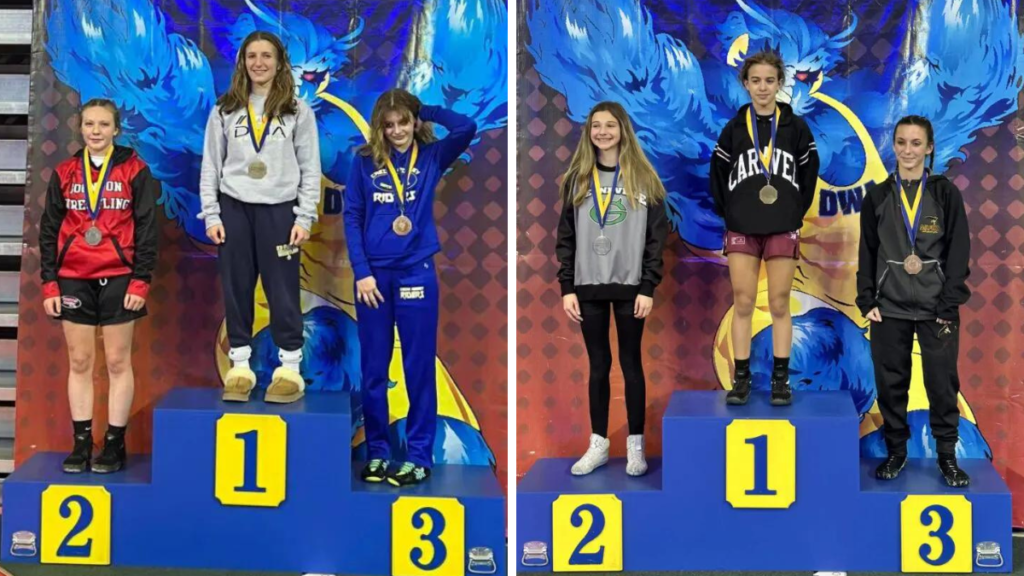 Newark – The weekend of the 30th Annual Beast of the East Wrestling Tournament added a new wrinkle. Fifty-three girls spread across nine weight classes with schools in the surrounding states of Pennsylvania, New Jersey, Maryland and Virginia plus two teams from Tennessee, West Virginia, Rhode Island, Utah and Florida.

Delaware Military’s senior Alyssa Mahan etched her name in history as the first ever Girls Beast of the East champion winning the 122 pound weight class with three pins in the tournament. Natalie Radecki, a Caravel freshman, followed shortly with a second Beast of the East title for a Delaware girl.

“It was awesome, I was glad that we were able to put this event together. I just went out there, wrestled and had fun, that’s what it is all about,” Mahan said.

Radecki won the 102 pound weight being undersized in the weight class being just 90 pounds. She won a 2-0 decision over Rhyne Johnson over Greenville, Tennessee in the final.

“It’s incredible just showing everyone out there that even being a girl you can win big things,” Radecki said.

Radecki won her first two matches by pin before winning the championship match by decision.

Ten Delaware girls competed in the field on Friday night at the Bob Carpenter Center. Most teams brought just one athlete with the exception of Caesar Rodney who brought two sisters Emarie and McKenna Dolt. The Dolt’s mother Brandy, a former college wrestler herself, is also an assistant coach at Caesar Rodney.

“This really is huge and I don’t know if the girls know how big this is for girls wrestling to have its own division at this tournament,” Dolt said.

Dolt was a 2001 high school all-american from Chesapeake High School in Virginia before competing at Missouri Valley College.

Both of the Riders entries were her daughters. McKenna, a senior, took third place at 122 pounds while Emarie took sixth place at 128 pounds.

“I was very proud of both of them just for showing up, I always tell them half the battle is showing up,” Dolt said.

Here is how the Delaware girls fared in the First Annual Girls Beast of the East Wrestling Tournament.