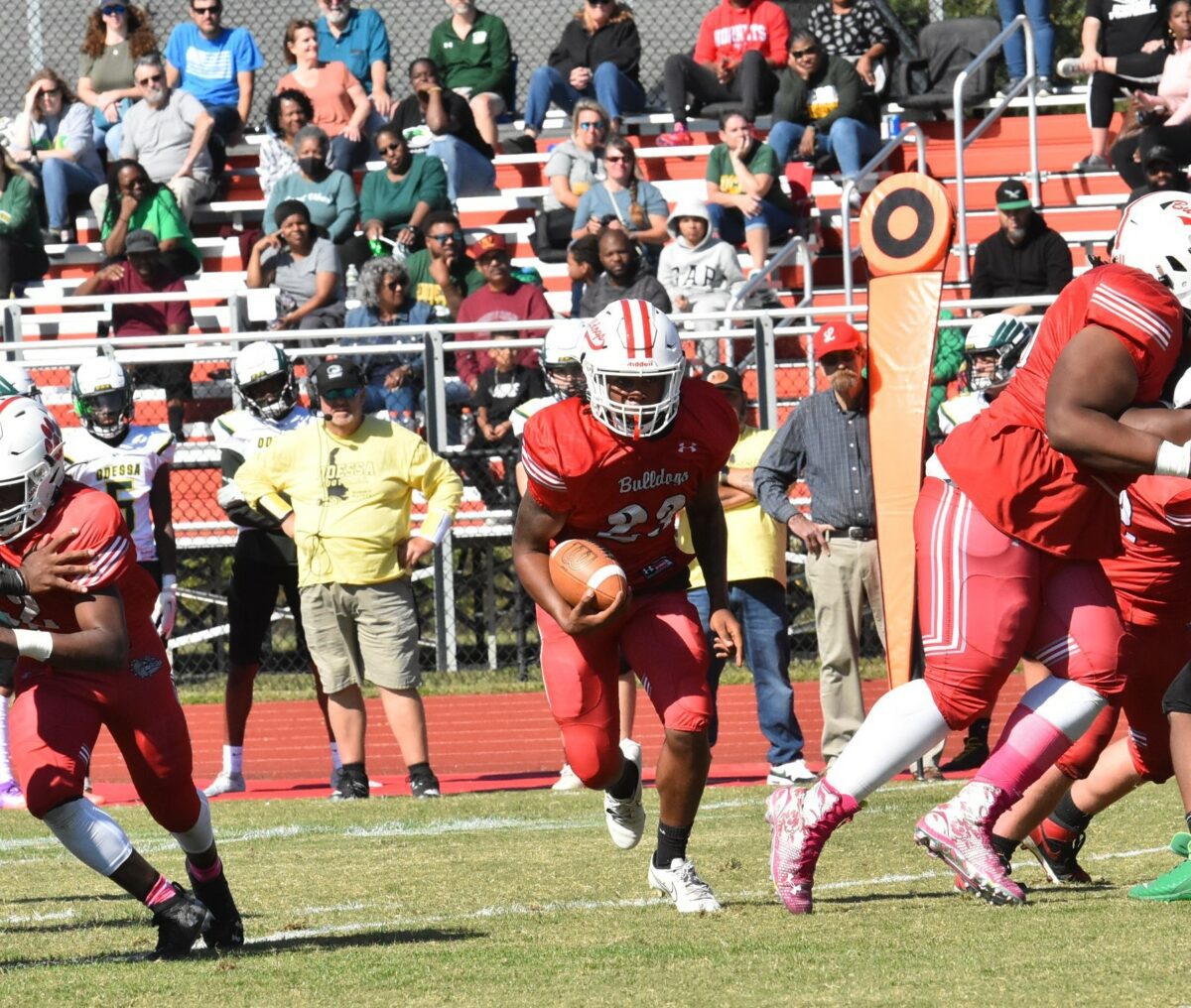 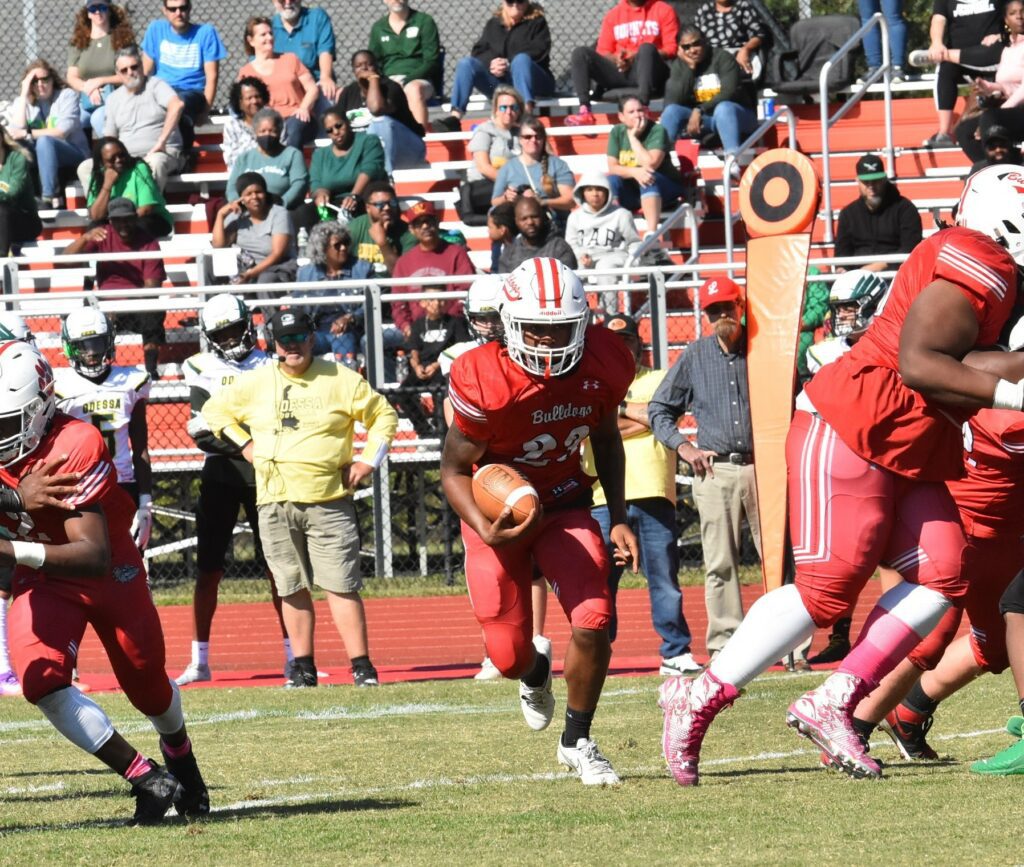 There’s a lot of football history in the small town of Laurel. Thursday night, the Bulldogs added to that history by finishing the regular season 10-0 with their 42-13 victory over rival Delmar.

“I am really proud of these kids, they have committed themselves to this program for a long time and it makes me proud to be able to send them off after senior night with a 10-0 regular season,” Laurel head coach Joey Jones said.

Laurel took the ball down to the Delmar 14-yard line on the opening drive of the game, but a fumble on third down was recovered by Tate Walls at the 24-yard line. With the Bulldogs facing a fourth and 11, Kaden Shockley went around the left end on a quarterback keeper untouched for a touchdown. Mike Gonzalez’s kick gave Laurel a 7-0 lead midway through the first quarter.

Delmar drove to the Laurel 15-yard line on their initial game drive, but the Laurel defense stiffened for the first two red zone stops for the Bulldogs in the first half.

Walls later scored on a 6-yard sweep around the left end as the Bulldogs jumped out to a 14-0 lead on senior night.

Midway through the second quarter, Laurel was forced to punt deep out of their own end of the field. Takai Hugee returned the kick 35 yards to the 16-yard line. Four plays later Hugee scored on a six-yard run. Nathan VanZandt added the point after the kick as Delmar cut the lead to 14-7 with 4:19 left to play in the first half.

Laurel responded with an 11-play, 60-yard drive capped off with a 10-yard touchdown pass from Shockley to Kylse Wilson as Laurel took a 21-7 lead with five seconds left to play in the first half.

Jones said the two red zone stops and the late touchdown in the first half were crucial plays in the game.

“Absolutely, the big defensive plays and the touchdown just before half were key. We did a lot of good things in different ways tonight,” Jones said.

The third quarter saw the two teams trade possessions before Xavier Limehouse stripped the ball and returned it 53 yards for a touchdown giving Laurel a 28-7 lead with 32 seconds left in the quarter.

Wilson added a 30-yard touchdown run with 6:47 to play in the game extending the Bulldogs’ lead to 35-7.

“Tate is just a sophomore, but he has worked hard and listened in practice and has found a spot on both sides of the ball and had a big game on the big stage tonight,” Jones said.

Delmar added a score midway through the fourth quarter when freshman Ayden McCauley entered the game at quarterback and hit Hugee in stride for a 72-yard touchdown pass. The two-point try failed. Tyronn Kane capped off the scoring with an 8-yard touchdown run for Laurel.

The Wildcats finished the season with a 4-6 record and qualified for the 12-team Class AA state tournament. They will learn who they play on Sunday following the DIAA football committee meeting.

The Bulldogs improved to 10-0 and will bring the Lions Club Trophy back to Laurel for the first time since 2015. Laurel, the defending Class A state champion, will be the number one seed in this upcoming Class A state tournament. They will host a yet-to-be-determined team in the opening round.