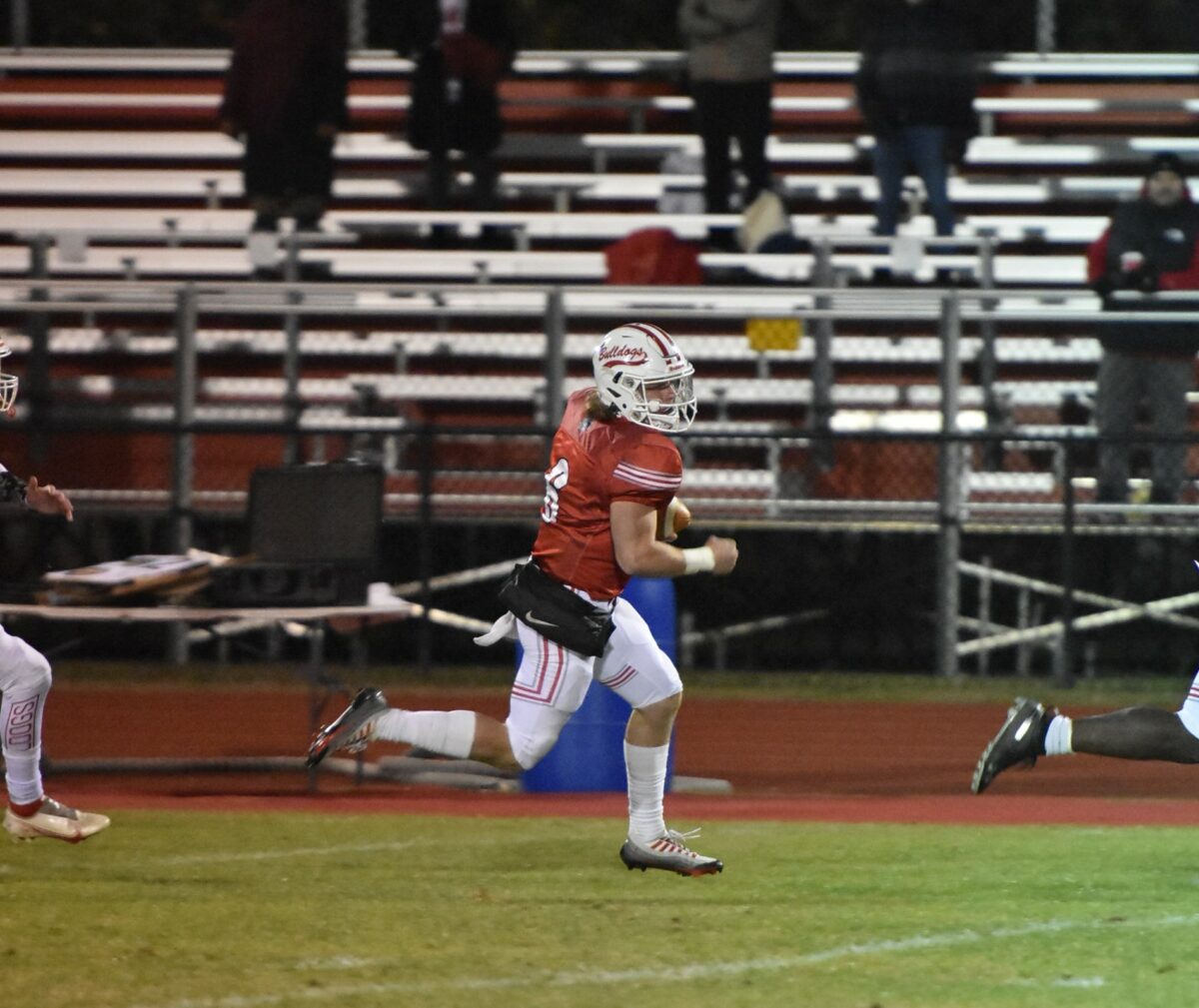 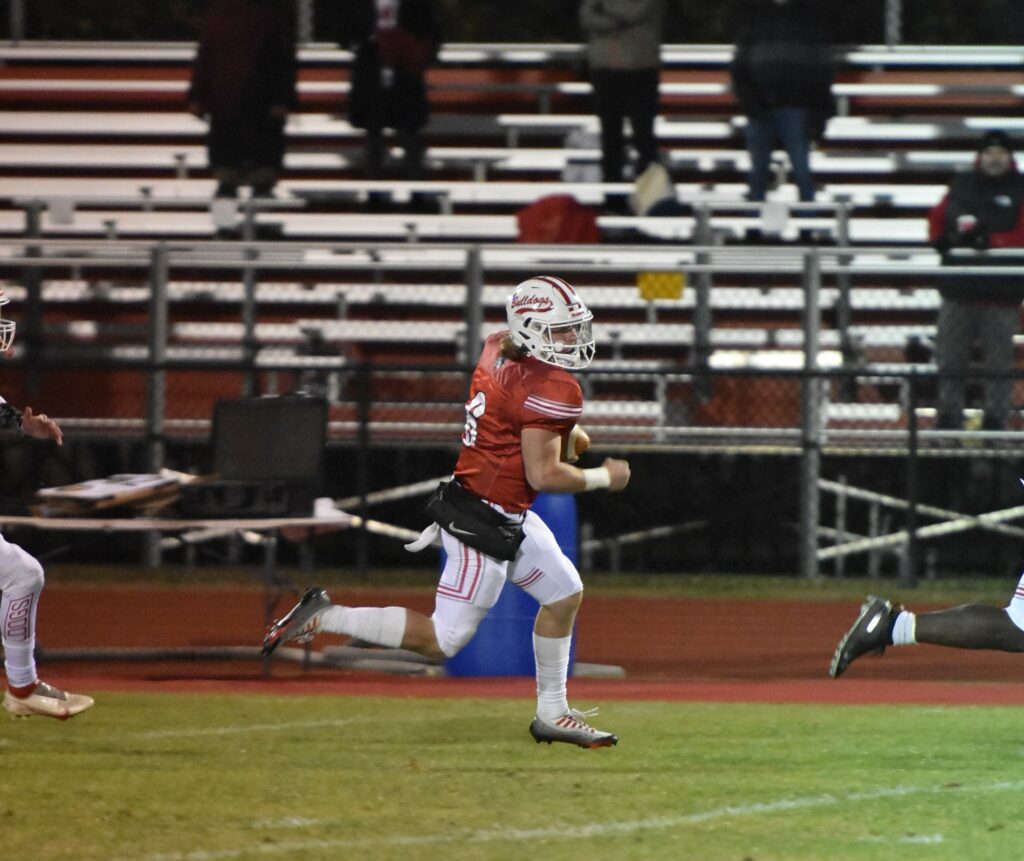 Laurel – The Laurel Bulldogs are headed back to Tubby Raymond Field at the University of Delaware. Laurel scored four times in the fourth quarter to pull away from Tatnall for a 48-14 win.

It will be the Bulldogs second straight trip to Newark where they won the DIAA Class A state title last year.

“You can’t simulate LaMons in practice. He’s an incredible athlete and if you make a mistake he is gone and he proved that tonight,” Laurel head coach Joey Jones said. “It is nice to be able to rebound after a big play and Kylse seemed to be the guy to do that tonight for us.”

Laurel took the opening kickoff then chewed up nine minutes on their 68 yard scoring drive capped off by a two yard touchdown run by Tate Walls. Mike Gonzalez-Perez added the point after kick giving Laurel a 7-0 lead. Gonzalez-Perez converted seven of seven PAT’s.

“I know our guys like to score quick, but tonight they started the game taking nine minutes off the clock and punched one in and that’s a good thing,” Jones said.

On the Bulldogs next possession Wilson scored the first of his four touchdowns with a yard run with 4:22 left to play in the first half.

The Hornets drove deep into Laurel territory late in the second quarter, the drive stalled at the seven yard line. Kaden Shockley connected with Walls on an 84 yard pass play taking the ball down to the ten yard line with just ten seconds left to play in the half. Wilson caught Shockley’s pass and was ruled down inside the one yard line as time ran out in the first half.

Following an interception by Evan Collins near midfield in the third quarter Ny’Aire Farlow made a spectacular catch as he tipped the ball to himself and raced into the endzone on a 42 yard pass from Shockley giving Laurel a 21-0 lead.

Wilson and LaMons then took over the five minutes as the two traded touchdowns. LaMons scored on a five yard run, but the conversion attempt was stopped as Tatnall cut into the Laurel lead 21-6.

Wilson followed with a three yard touchdown run to start the fourth quarter. Less than 30 seconds later LaMons broke free from a scrum racing 65 yards for a touchdown and followed with the conversion run as Laurel led 28-14.

Wilson then had a similar type run for a 55 yard touchdown romp as the Bulldogs went ahead 35-14 with 10:07 left to play in the game.

LaMons rushed for 131 yards on 16 carries he caught two passes for 11 yards and completed five passes for 40 yards. Wilson carried the ball 20 times for 149 yards.

Shockley added a one yard touchdown run then following a Patrick Belle interception Wilson scored on a four yard run as Laurel closed out a 48-14 victory.