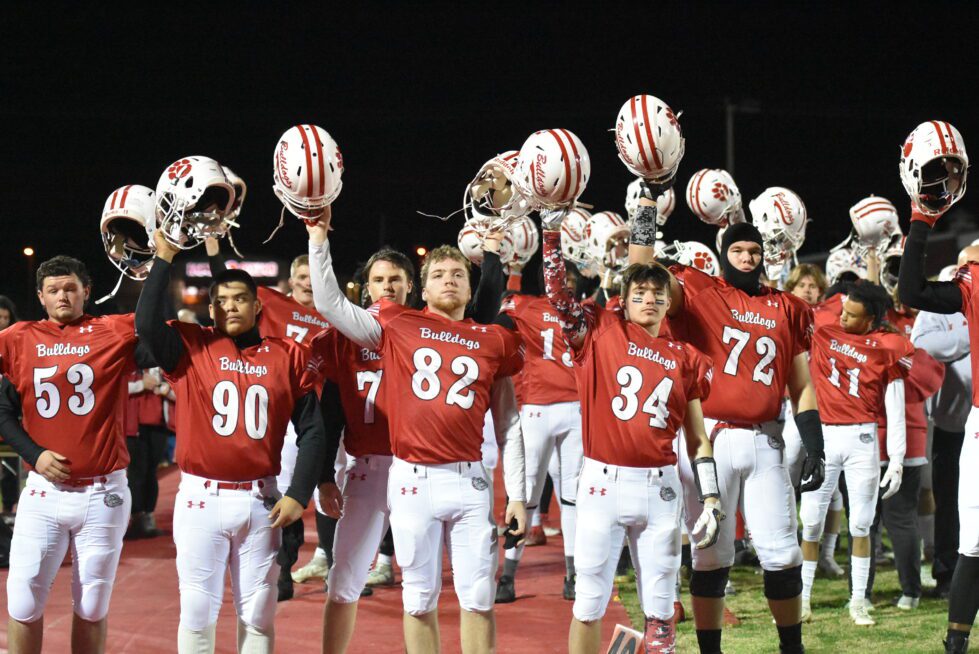 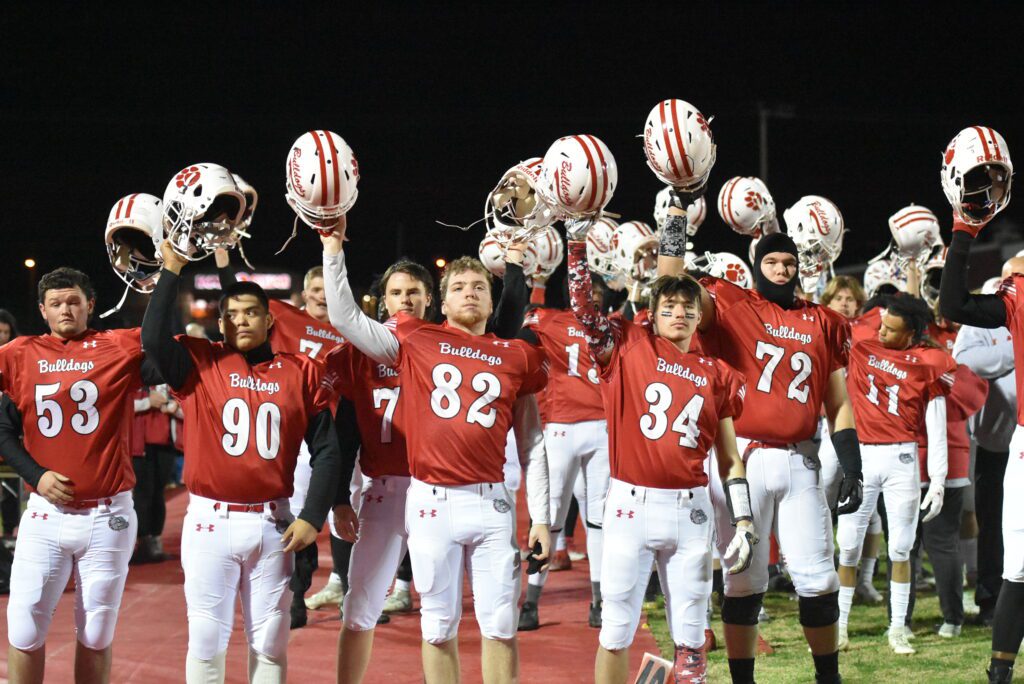 Laurel – The Laurel Bulldogs football team is not flashy, but more of a blue collar mentality on both offense and defense. They ground and pound on offense and bring intense pressure on defense.

That was the formula used in their 41-7 victory over St. Andrew’s on Friday night at Laurel’s Schollenberger Field in the DIAA Class A quarterfinal game.

The Bulldogs amassed 340 yards of total offense with 285 coming via the rush, while the defense forced two early turnovers which both led to touchdowns. The win marked the 14th consecutive for Laurel dating back to the 2021 state tournament first round.

“It was nice to see the kids respond to something we don’t see a lot and they throw it pretty well so it’s good to see a little bend but don’t break,” Laurel head coach Joey Jones said.

St. Andrew’s initial drive took the Saints to the Laurel 25 yard line. On third down Saints quarterback Frank Nasta was sacked by Xavier Limehouse and Patrick Belle was there to recover the fumble at the 30 yard line.

On Laurel’s third play of the game quarterback Kaden Shockley went around left end 60 yards for a touchdown. Mike Gonzalez-Perez added the extra point as the Bulldogs jumped out to a 7-0 lead.

On the Saints next possession they attempted a fake punt, Ny’Aire Farlow intercepted Griffin Patterson’s pass at midfield and returned it to the Saints eight yard line. On the next play Kylse Wilson went up the middle into the endzone for a touchdown as Laurel extended their lead to 14-0 with 6:23 to play in the first quarter.

St. Andrew’s drove into Laurel territory again on their next possession mostly behind the passing of Nasta, but the drive stalled at the 36 yard line. The Bulldogs went on an eight play 65 yard scoring drive capped off by a seven yard touchdown run by Wilson. The Saints blocked the PAT as Laurel took a 20-0 lead.

Laurel would get the ball back just a minute later following a St. Andrew’s punt. Belle capped off the short Laurel drive with a seven yard touchdown run with 6:22 left in the first half with the Bulldogs leading 27-0.

“Patrick has that second gear and he’s a tremendous talent. It was nice to see him get back in the limelight like last year,” Jones said.

St. Andrew’s again took the ball into Laurel territory with the drive stalling at the Laurel 30 with just 49 seconds left in the first half. The Bulldogs added another score as time expired in the half when Shockley hooked up with Farlow on a 45 yard touchdown pass as they took a 34-0 lead into halftime.

Wilson scored on a 15 yard run midway through the third quarter extending the Bulldogs lead to 41-0 thus putting the game under a running clock.

Wilson rushed for 91 yards on eight carries in the game while Shockley carried the ball five times for 99 yards.

St. Andrew’s got on the scoreboard in the fourth quarter on a three yard pass from Nasta to Yasir Felton to make the score 41-7.

Laurel advances to the Class A semi-final where they will meet the winner of the Tatnall and Odessa.