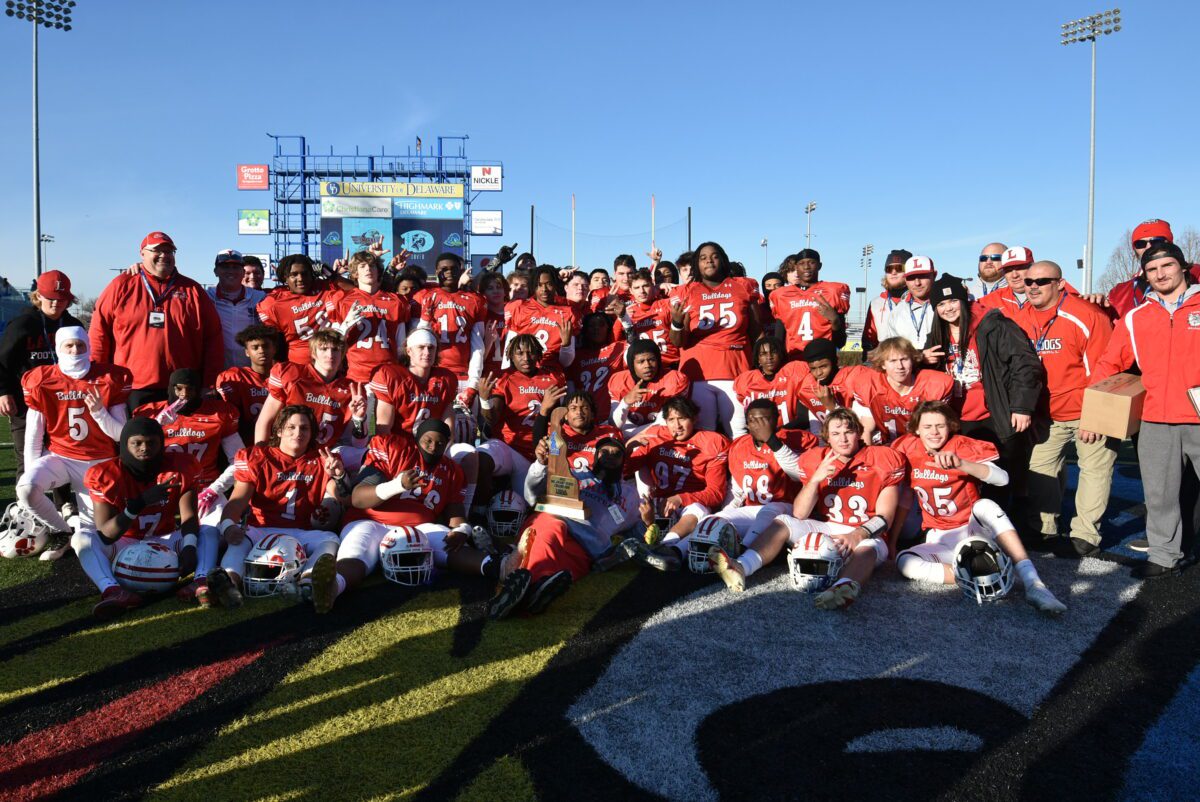 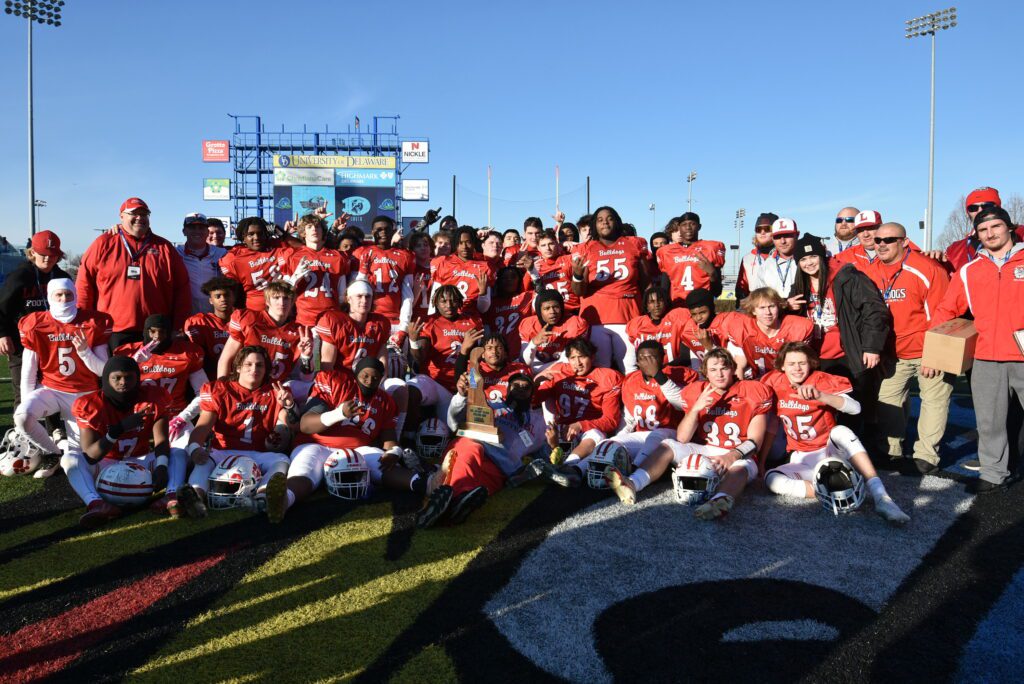 Newark – For two seasons the Laurel Bulldogs have carried the target on their back with the number one ranking in Class A and for two seasons they have raised the state championship trophy at Delaware Stadium in December.

Laurel’s Owen Chaffinch recovered a St. Elizabeth fumble on the first play of the game at the Vikings 37 yard line. Four plays later Xavier Limehouse on a fourth and two went around the left end for a 29 yard touchdown run. Michael Gonzalez-Perez converted the kick as Laurel led 7-0 just 2:17 into the game.

Laurel added to their lead early in the second quarter on a 13 yard touchdown run by Tate Walls. Gonzalez-Perez converted the kick as the Bulldogs led 14-0 with 9:23 to play in the first half.

St. Elizabeth was driving on their next possession, but the drive was halted when Ny’Aire Farlow jumped the route and intercepted Chris Soto’s pass at the Laurel 46 yard line for the Bulldogs second takeaway of the first half.

Laure was unable to capitalize on the turnover and was forced to punt the ball as Kaden Shockley kicked a low punt that rolled to the St. Elizabeth 14.

The Vikings put together a solid ten play 86 yard drive capped off by a 22 yard halfback pass from Chris Caracter to a wide open Tony Shiavoni. Soto converted the kick as St. Elizabeth cut the Laurel lead to 14-7 at halftime.

Neither team could get much going on offense in the third quarter. Early in the fourth quarter St. Elizabeth got a key stop as Laurel went for it on fourth down and two. Shockley was held to a one yard run giving the Vikings the ball at their own 46 yard line with 8:16 to play in the game.

On the third play of the drive Soto connected with Caracter for a 37 yard touchdown pass.

The point after kick was blocked by Patrick Belle as Laurel held a slim 14-13 lead midway through the fourth quarter.

Laurel began their next offensive series at their own 46 yard line. Kylse Wilson carried the ball nine times in the drive, capping it off with a four yard touchdown run to extend Laurel’s lead to 21-13 with just 2:42 to play in the game.

On second and ten at the Laurel 44 yard line, Belle sacked Soto for an 11 yard loss causing a fumble that Domontra Smith scooped up and raced 45 yards for a touchdown putting the exclamation point on the game as the Bulldogs led 28-13 with just 36 seconds left on the clock.

Kylse Wilson gained 190 yards on 29 carries with a touchdown for Laurel. The Bulldogs amassed 301 yards of total offense in the game.

St. Elizabeth gained 271 yards of total offense with Soto completing six of eight passes for 94 yards and a touchdown. Caracter threw for a touchdown and caught another while rushing for 94 yards on 10 carries for the Vikings.