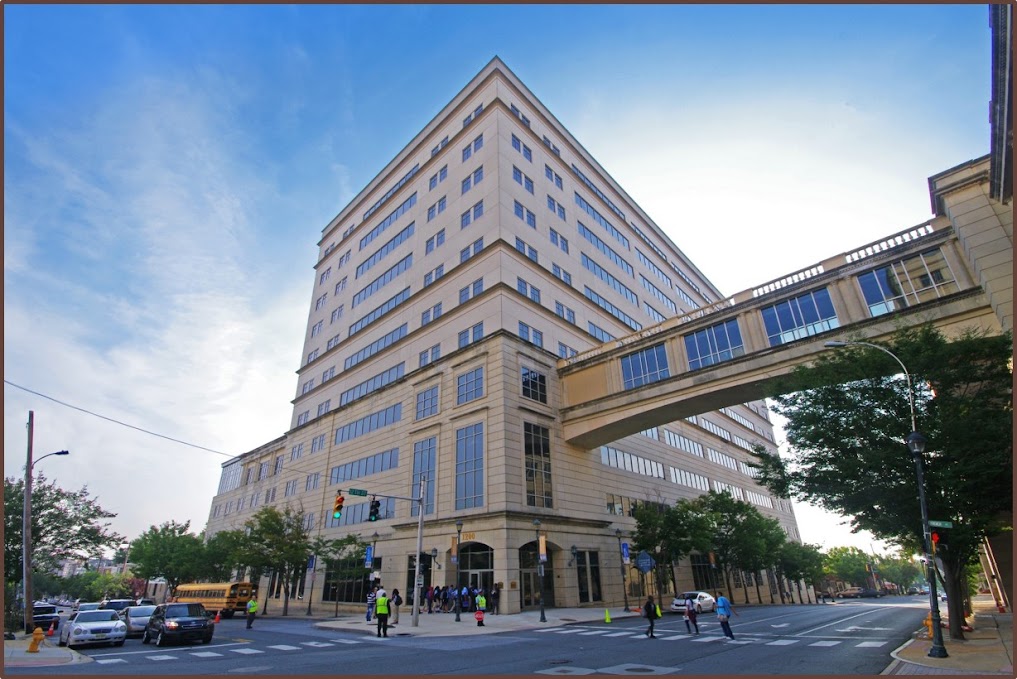 The Community Education Building in downtown Wilmington, which is home to Kuumba Academy Charter School.

Kuumba Academy, a Wilmington charter school, will use a $2.4 million state grant to expand its health center and summer school program.

The school will start receiving money from the grant — called a wraparound grant because it can be used to pay for school services outside the classroom — in January.

The goal of the wraparound grants, according to the state Department of Education, is “to establish or expand community-learning centers that provide students with academic and non-academic opportunities as well as high-quality preventative health care and mental health assistance when schools are not in session.”

Kuumba Academy’s grant will help expand its new school-based health center that opened this year thanks to a $1.4 million Delaware Wraparound Services Initiative grant. The center is ran by ChristianaCare.

Being able to open a school-based health center has been a goal since the school moved into the Community Education Building in Wilmington in 2014, said Kuumba Head of School Sally Maldonado.

“We just kept hitting barriers, trying to get the center up and running,” she said, “so the wraparound grant finally made this eight-year-long dream possible.”

“They’re meant to help not only the student but their families as well,” Maldonado said.

Wilmington’s Community Education Building was founded in 2012 with the mission to create and build educational support systems to allow students to have equal opportunities for success. Many of the students served in the building are lower-income students.

Kuumba’s social worker helps connect families with outside services such as rent support or resources for food.

The nutritionist counsels students about how to create a healthier lifestyle.

Out of Kuumba’s 643 students, 260 have already registered with the health center since it first opened in May. That number is supposed to grow this year as more students become familiar with its services, Maldonado said.

After an additional $400,000 was granted to Kuumba at the beginning of this school year through the Delaware School Community Learning Program grant, the charter was able to bring summer programming and health center services to kindergarten and first-grade students.

“All of this was aimed at helping students catch up from all of the time out of school,” Maldonado said. “This additional grant in the fall enabled us to include 100 more students in our summer program.”

Last year, nearly half of Kuumba’s student body — 321 students — was enrolled in the charter’s six-week summer program, “which is just uniquely phenomenal to see,” she said.

Mornings in the summer program focus on traditional academics with afternoons dedicated to artspace programming.

Students get to be more creative in the afternoon.

Students already are emailing teachers and administrators to make sure there’s enough room for them in the summer program, Maldonado said.

She said the grants allow for the integration of high school and college-aged support.

“Kuumba has done a great job with integrating University of Delaware students throughout the school year as tutors as well as supports for the summer,” she said.

The wraparound grants for Kuumba Academy and others were recommended by the Redding Consortium.

The Redding Consortium recommended the creation of the wraparound grant program that Kuumba Academy and others were awarded, but it was not involved in reviewing the school’s grant proposals.

The consortium, which has its own state funding, was created to study and help promote policies and practices to the governor and Delaware General Assembly to help New Castle County students achieve educational equity and improve educational outcomes.

Matt Denn, co-chair of the Redding Consortium, said that one of the consortium’s greatest achievements since it was formed in 2019 is helping fund the abundance of student and family services provided at Kuumba Academy.

Denn and his colleagues toured the health center and after-school program last week before the consortium’s regular meeting Dec. 6.

“It was an opportunity actually to see one of the consortium’s recommendations playing out and there’s a bunch of kids at Kuumba who are now getting the resources that they weren’t previously getting,” Denn said. “It was really great to see.”