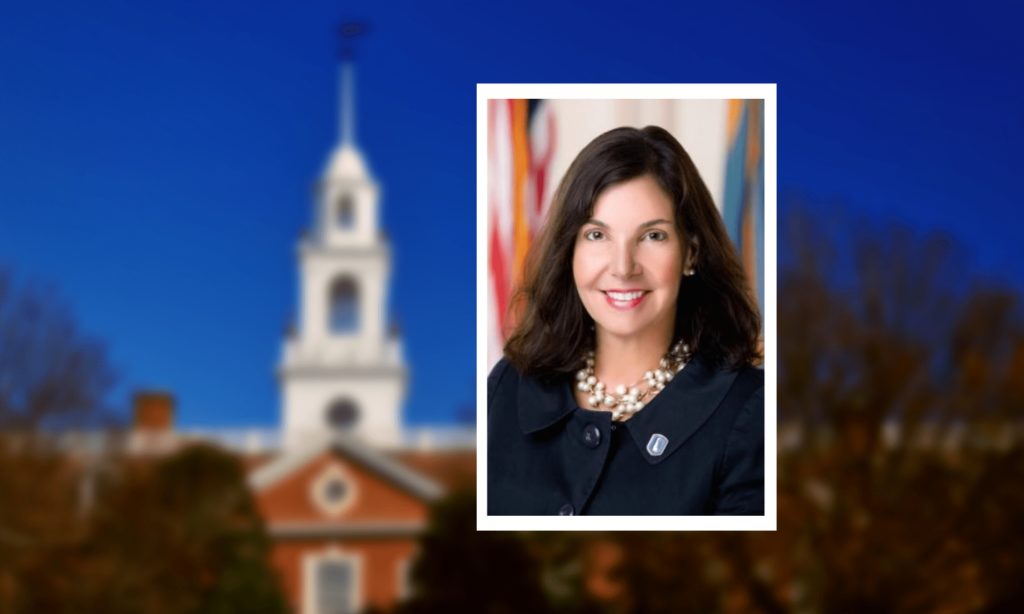 Prosecution and defense attorneys will no longer be able to comment publicly on the McGuiness case.

Those involved in State Auditor Kathy McGuiness’s criminal proceedings will no longer be able to comment publicly on the case after Superior Court Judge William Carpenter issued a gag order on Nov. 4.

The order prevents both defense and prosecution from making extrajudicial statements to news media or publicly commenting on the case.

She’s accused of arranging public payments to a campaign consultant to avoid regulator scrutiny, firing workers in her office to hire her daughter, who she allowed to use a state car and kept paying while the daughter was in college and not working, and attempting to intimidate employees who might help investigators looking into her conduct.

If found guilty, McGuiness could face up to 13 years in jail. She has pleaded not guilty on all charges and will face trial in May 2022.

Last month, McGuiness unsuccessfully sought to have the public pay for her legal representation at a cost of $550 per hour.

The auditor also unsuccessfully sought sanctions against Attorney General Kathy Jennings, arguing that she threatened McGuiness’s right to a fair trial with comments she made during her announcement of the indictment.

Holland will help the legislature determine its constitutional authority under Article III, Section 13 of the Delaware Constitution, which provides that the governor may “for any reasonable cause” remove any officer of the state government, except the lieutenant governor and members of the General Assembly, upon the request of two-thirds of all the members elected to the House and Senate.

Having never exercised its authority under that clause, members of the General Assembly are seeking to determine the Constitutional options at its disposal and how removal proceedings might work across both chambers.

Some legislators have floated the idea of suspending the auditor or having her take a leave of absence until the court rules on her charges.

Others have argued that the General Assembly should stay out of it altogether so as to not muddy the waters relating to McGuiness’s right to a fair trial.

With legal counsel now barred from speaking publicly about the McGuiness case, the rare political spectacle may go quiet for a while — at least until Holland and the House and Senate Judiciary Committees share their findings at the beginning of the legislative session on Jan. 11.