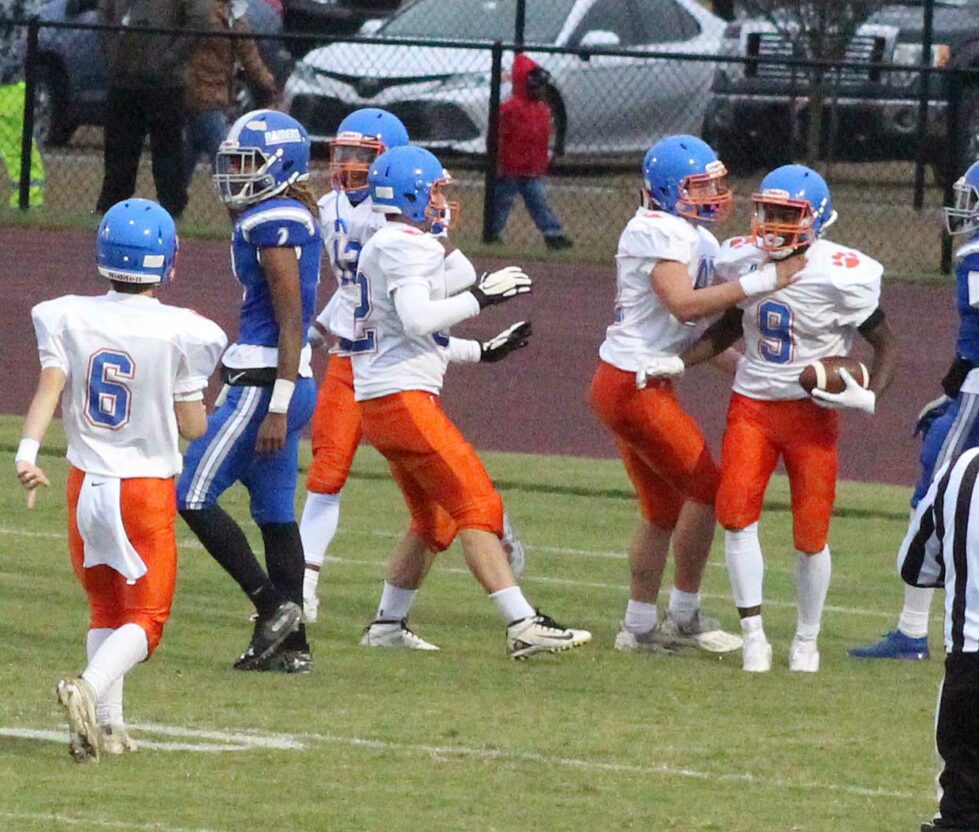 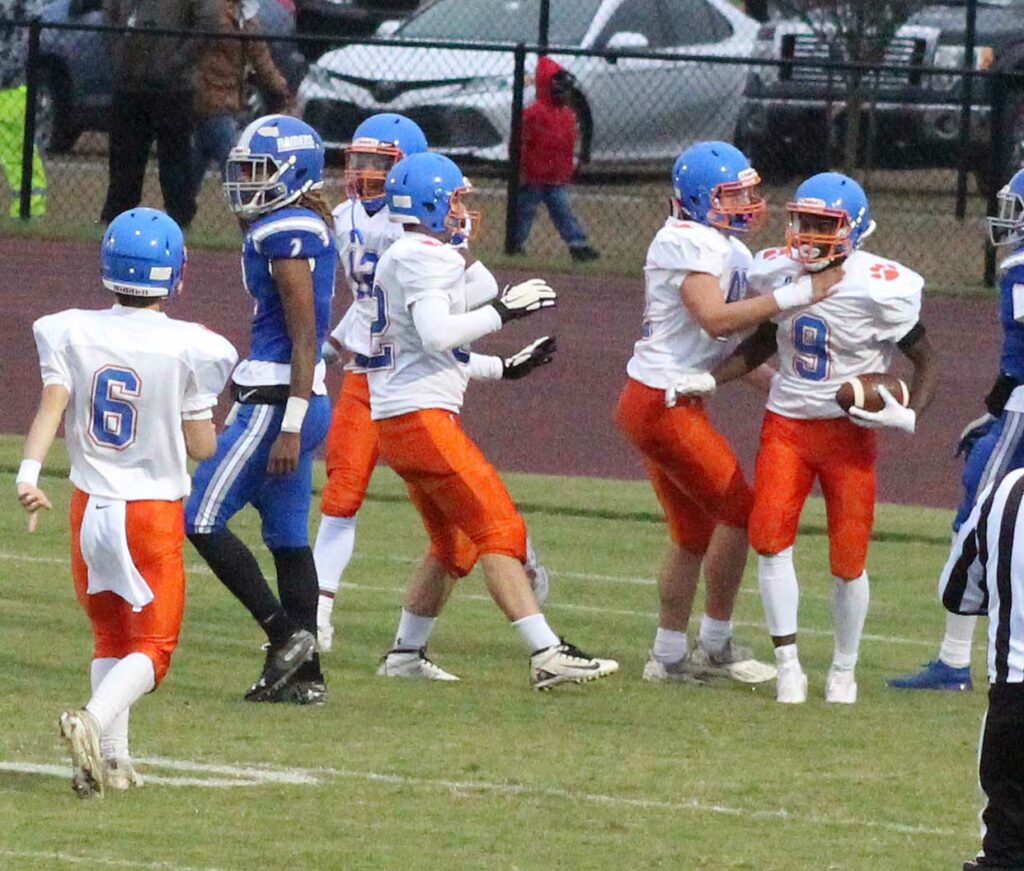 Greenwood – Delmar and Woodbridge met for the 64th time in the Kiwanis Trophy Game on Friday night in Greenwood. The Wildcats return the trophy back south to Delmar with a 41-14 Class AA District 3 win.

The trophy has been going back and forth for the past several years. Woodbridge was the last team to win back to back games in 2015 and 2016.

Woodbridge looked as if they may keep possession of the trophy starting the game with the ball at the Delmar 48 yard line. Three straight runs by Traci Johnson capped off by a 34 yard touchdown run gave Woodbridge a 6-0 lead just a minute and 14 seconds into the game.

“They (Woodbridge) moved the ball seemingly with no effort, and very importantly that we didn’t begin to question what we had prepared for all week and continued believing in ourselves,” Delmar head coach Dave Hearn said.

Johnson rushed for 210 yards on 28 carries in the game with 205 of those yards coming in the first half. The Delmar defense limited Johnson to just five yards in the second half.

“We did not align properly a few times early and paid the price. We became a little more aggressive in our reactions to their initial movement,” Hearn said. “We knew he (Johnson) would be a big challenge to try to contain him and preached gang tackling, but it’s really difficult to prepare for someone like him in practice.”

The Blue Raiders successfully executed an onside kick recovering the ball at the Delmar 39 yard line. That drive stalled at the Delmar 26 when the Wildcats recovered a fumble on fourth down.

Two plays later Jalen Johnson broke off a 63 yard run down the right sideline for a touchdown. Nathan VanZandt converted the PAT kick giving the Wildcats a 7-6 lead.

On the first play of the ensuing possession Traci Johnson reeled off a 60 yard run taking the ball down to the Delmar two yard line. He capped off the drive with a one yard touchdown run and then added the conversion run giving Woodbridge a 14-7 lead midway through the first quarter.

Delmar then scored on their next three possessions. Gavin Powell scored on a one yard run followed by a 42 yard touchdown run by Takai Hugee. Powell then finished off the first half connecting with Brandon Turner on a 17 yard pass for a touchdown with 15 seconds left in the first half giving Delmar a 27-14 lead.

“This has always been one of our primary goals even when we have had a dominant type athlete, the threat of multiple potential skill players to prepare for makes our chances for success much better. In addition to increased morale among our squad,” Hearn said.

Neither team was able to advance the ball in the third quarter as a steady rain began to fall with a stiff north wind.

Delmar added another touchdown two minutes into the fourth quarter on a 20 yard run by Johnson. VanZandt’s kick extended the Wildcats lead to 34-14. Turner capped the scoring on the night with an eight yard touchdown run as Delmar pulled away 41-14.

Johnson carried the ball 16 times for 173 and a pair of touchdowns while Powell was 3-for-3 for 40 yards with a touchdown pass and rushed for another.

Turner had a quiet impact for the Wildcats rushing for 90 yards and had two receptions for 30 yards. He scored both rushing and receiving.

“He is a halfback playing the fullback position. Catches the ball well, has great speed, finds seams and picks up yards where we may not be blocking and that is just the offensive side of the ball. Just a top notch athlete on both sides of the ball,” Hearn said.