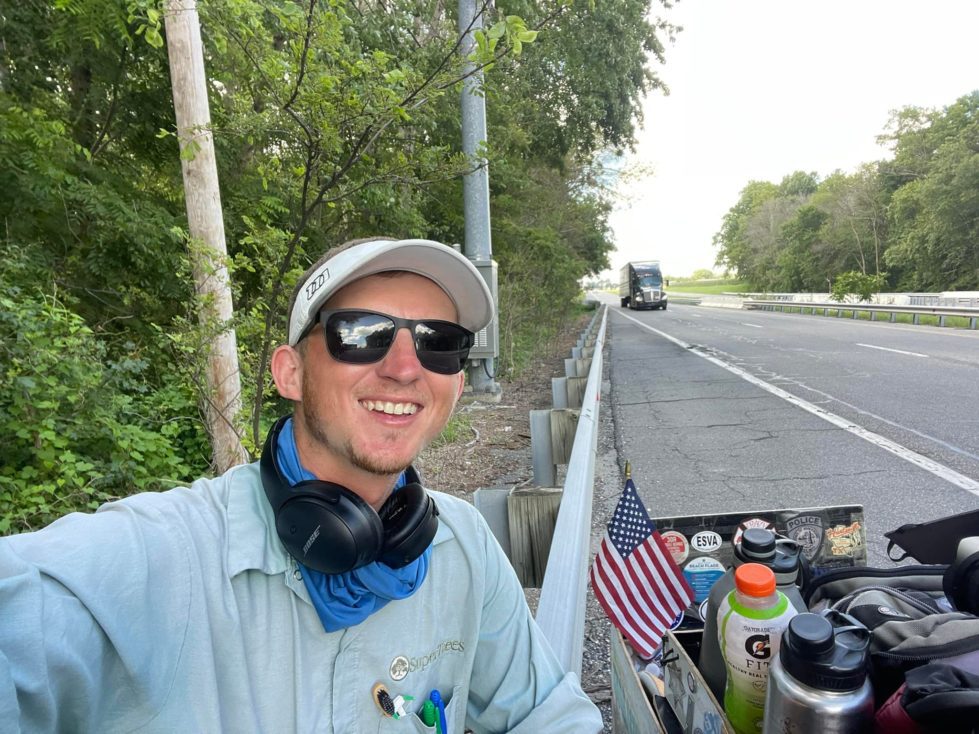 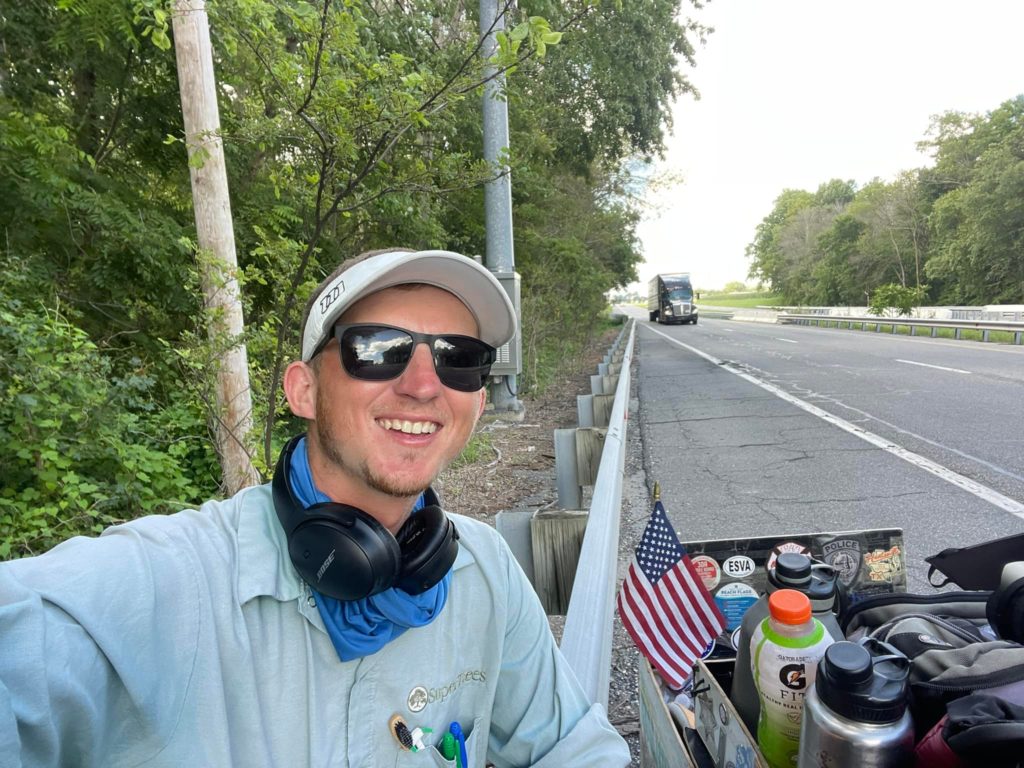 He graduated from college, landed a well-paying job in corporate finance and bought his first home. Then, he dropped it all and embarked on a journey that would change his life forever.

Isaiah Glen Shields talked with Delaware LIVE News on his 400th day walking across the country.

Cars and trucks whizzed by — many of them offering friendly honks — as he trekked along Route 13 between Harrington and Felton with his handmade supply cart in tow.

Two gentlemen stopped and asked to take a picture with him. He obliged, then exchanged some brief words before they asked if he needed anything. He didn’t.

Shields began his journey in May 2021 in Provo, Utah, where he lives. From there, he hiked to the westernmost point in the continental United States: Cape Alava, in Washington state’s Olympic Peninsula.

Asked why he’s doing it, he said it’s a simple question with a complex answer.

“I had a very strong sense of curiosity about the world and my place in it,” Shields said. “I really wanted to understand what was worth doing with my life and to take a survey of what’s out there, what other people do with their lives, and what the world looks like.”

He said it can be easy to form an understanding of the way the world works based on relatively minimal exposure to the wide variety of cultures, places, and people.

But as he walked across the country, Shields realized that the people he’s met have been far more nuanced and complex than one could tell from the comfort of their home. The factors that influence their thoughts and ideas stem from their varied circumstances, and seeing that up close has been enlightening, he said.

On most nights, he sleeps in a tent. Most often, he sets up beneath power lines, away from people who might be alarmed by the presence of a camper.

“I try to be very respectful of private property — especially homes,” he said. “I own a home and I wouldn’t like to wake up in the morning and find a tent on my front lawn, so I have to be creative.”

It was easier to find free camping spots in the western states, he said. There’s so much more open land out there, and more of an openness to leather tramps, or those who travel from place to place on foot. Many towns even have designated camping areas within city limits.

It’s not so easy on the East Coast.

On one of his first nights in Delaware, Shields was awoken around 2:30 a.m. by a couple of state park rangers. Luckily, they saw his supply cart and realized who he was.

“I was camping near a power utility transfer station, and a lot of times that’s land that people don’t really mind because you’re sort of out of sight, out of mind,” he said. “But I didn’t realize I was on state property and they woke me up, which is totally fine — it happens occasionally.”

When that happens, he tries to be as respectful as possible. In this case, the ranger’s mother was a follower of Shield’s trek and told her son earlier in the day to be on the lookout. They decided to let Shields spend the rest of the night there, seeing as he wasn’t having a fire or making a disturbance.

That’s just one example of the warmth Delawareans have shown him in his short time here, he said.

“As I’ve been walking through some of these small towns, it’s been one of the most receptive places in terms of people understanding my journey and the human exploration aspect of it,” he said. “They’ve been incredibly kind from the outset here.”

Then, there’s the state’s natural beauty.

“Immediately after you leave the hustle and bustle of Ocean City, you enter all these incredible state parks,” he said. “There’s a lot of green and a lot of blue, right on the sand dunes, so it’s incredibly idyllic.”

He’s headed for West Quoddy Head Lighthouse in Lubec, Maine. He hasn’t yet decided if that will be the end of his hike.

“When I hit that point which I’ve been shooting for so long, it’s theoretically possible that I’ll turn around and walk for a little while,” he said. “I’m not sure how long I’ll go for, whether it’ll be all the way back to Utah or not.”

That kind of spontaneity has come to define his journey. Even as he walked up Route 113, he wouldn’t commit to a destination for the night.

“I’ll keep walking as long as there’s light,” he said. “But if I’m just walking along and someone offers to take me on a tour of their farm, for example, if I had a set destination, I might not be able to take those opportunities to learn about someone’s life.”

“The more people who see it, the more kids who might be inspired to realize that they can accomplish difficult things that seem unattainable,” Shields said. “It seems like a gargantuan and maybe even impossible task to walk 10,000 miles — until you realize each of those 10,000 miles is just a certain number of footsteps and you just take it one step at a time.”

Looking back on it, he said, it’s sort of like watching a tree grow. You don’t notice the progress on a day-by-day basis, but after a long time, you start to realize how much has been accomplished.

There are a number of ways you can support him, though he’s not soliciting help. He isn’t working or earning money while he walks, so Shields accepts donations for food and camping supplies on PayPal, Venmo, and CashApp. That money could be useful considering the relative scarcity of free camping spots on the East Coast.

You can also become a paid subscriber on his Patreon.

Although Delaware may represent a small portion of his journey, it’s not one he’ll soon forget.

“These are the kind of moments I dreamed about when I was thinking of leaving,” he said, “seeing these little corners of the country that are just somewhat untouched — perfect.”