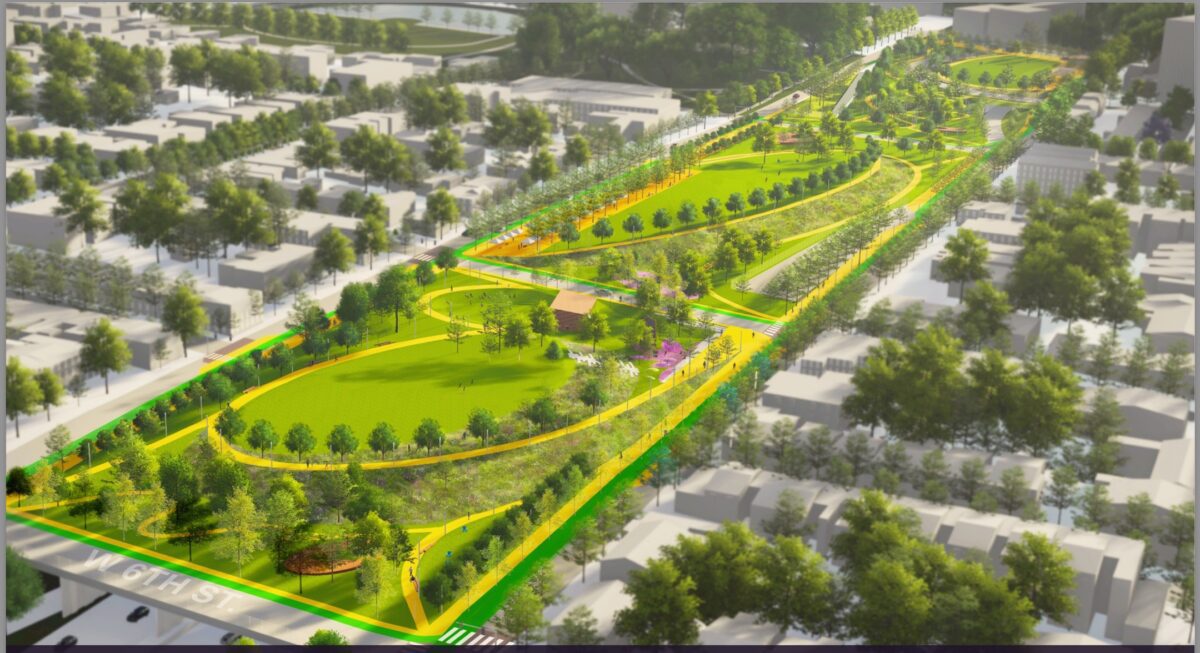 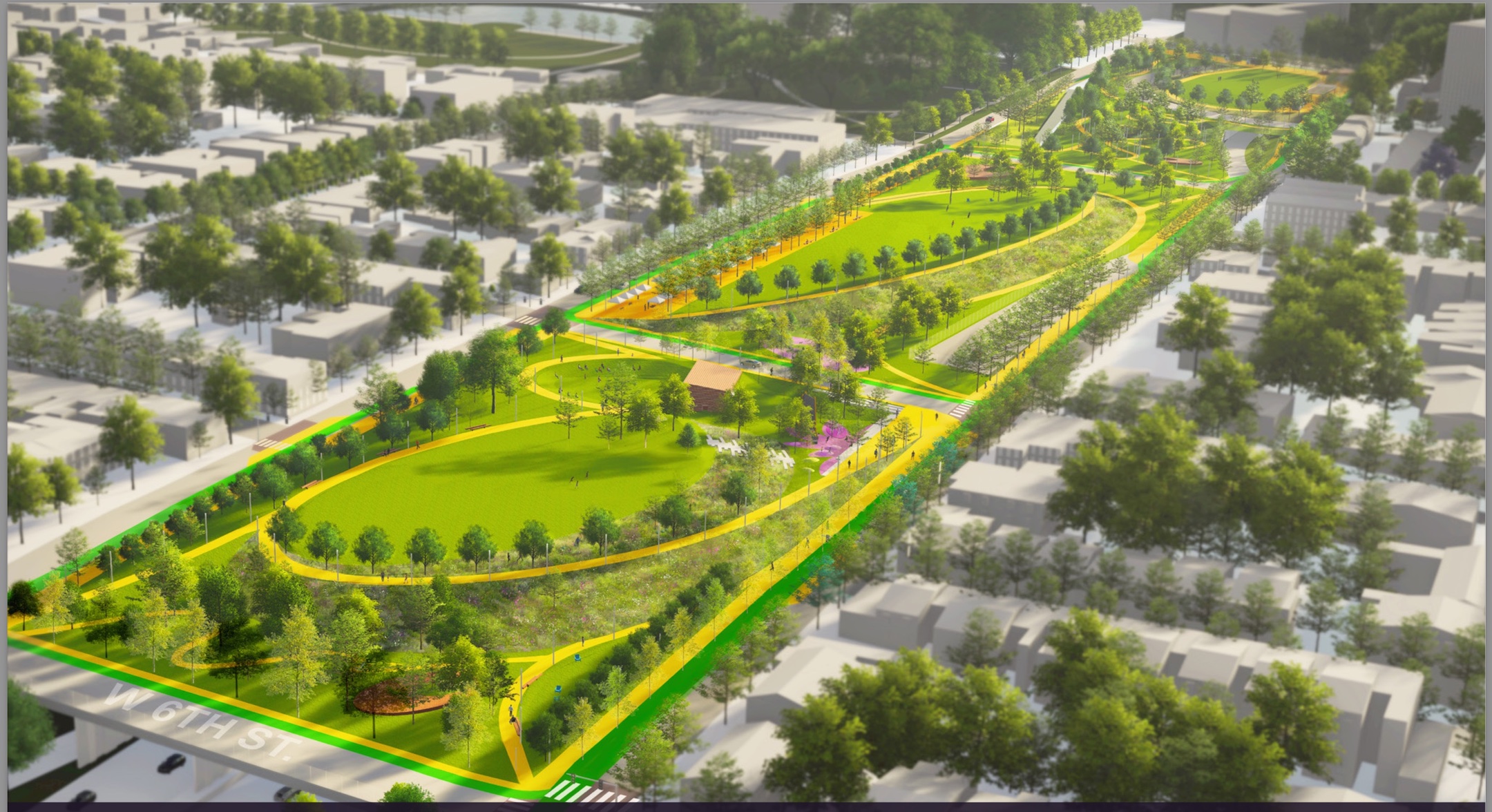 The latest rendering for the I-95 cap park proposed in Wilmington.

A park over Interstate 95 in downtown Wilmington would cost $360 million to $398 million to design and construct, according to a new feasibility study.

The study, prepared for the Wilmington Area Planning Council, was endorsed Jan. 17, said Dave Gula, principal planner for the council.

“The feasibility study will be turned over the partner agencies … to develop a path forward for the project,” he continued, referring to the Delaware Department of Transportation; the Delaware Transit Corp., a DelDOT unit that runs the state’s DART bus system; and the city of Wilmington.

“This feasibility study is the first in a series of increasingly detailed technical studies and design documentation phases to bring greater clarity, features and implementation into focus,” it said.

The 190-page study develops those costs by referencing four “similar deck parks over federal and state highways”: three in Dallas and one over I-95 in Center City Philadelphia.

The study also splits Wilmington’s proposal into three two-block phases “as an option if necessary to adjust to a funding stream likely to involve federal, state, local and other sources.”

And it acknowledges even more money would be needed once the park opens. “Crucial to long-term success of the park is budgeting for ongoing operations and maintenance,” the study said.

If the work is done in phases, it recommends going from south to north.

“The recent completion of the I-95 Restore the Corridor effort proves it is feasible to undergo construction with limited impact on the interstate driving experience,” the study said.

The Southern Gateway Park, also scheduled to open next year, has a cost of $34 million per acre.

The Park at Penn’s Landing, scheduled to open in 2025, is budgeted at $29 million per acre.

The latest design for the I-95 cap park proposed in Wilmington.

Wilmington’s park (no name’s attached yet) has costs ranging from $20.5 to $30.3 million per acre. The park would be 15.5 gross acres: 4.6 in the southernmost section, 5.7 in the middle and 5.2 at the northern end. Costs vary because some sections would be simpler to construct, since they don’t affect on- or off-ramps.

The study forwards two engineering choices (steel and concrete) and two designs (open and closed). The open concept would leave I-95 like it is. The closed concept would fill in the sides, creating walls.

The closed concept with concrete is the cheapest, according to the study. The open concept with steel is about a third costlier.

Another choice involves closing some bridges over I-95. A traffic study by Johnson, Mirmiran & Thompson delivered to the planning council in December concluded that “the closure of any combination of two bridges would have minimal impacts to the study area.”

Funding for the park might take up to three years, said Mary Margaret Jones, president of Hargreaves Jones, a firm whose work also includes the Park at Penn’s Landing. Design and engineering would take more than a year, she added, and construction three to five years.

One promising pot of money for construction is a Reconnecting Communities program. U.S. Department of Transportation Deputy Secretary Polly Trottenberg said  in November of 2021 that there’s support for such funding to “fix some of the more damaging historical legacy of I-95 that residents of the city of Wilmington still live with.”

She was referring to how so many people were forced out of their homes when the highway was constructed. That’s why the project is called Bridging I-95: Connecting Communities Project.