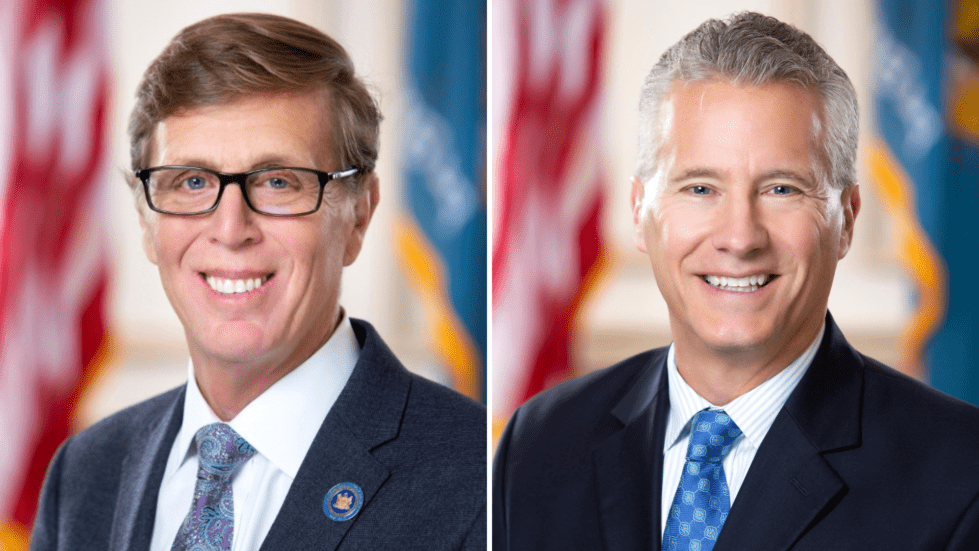 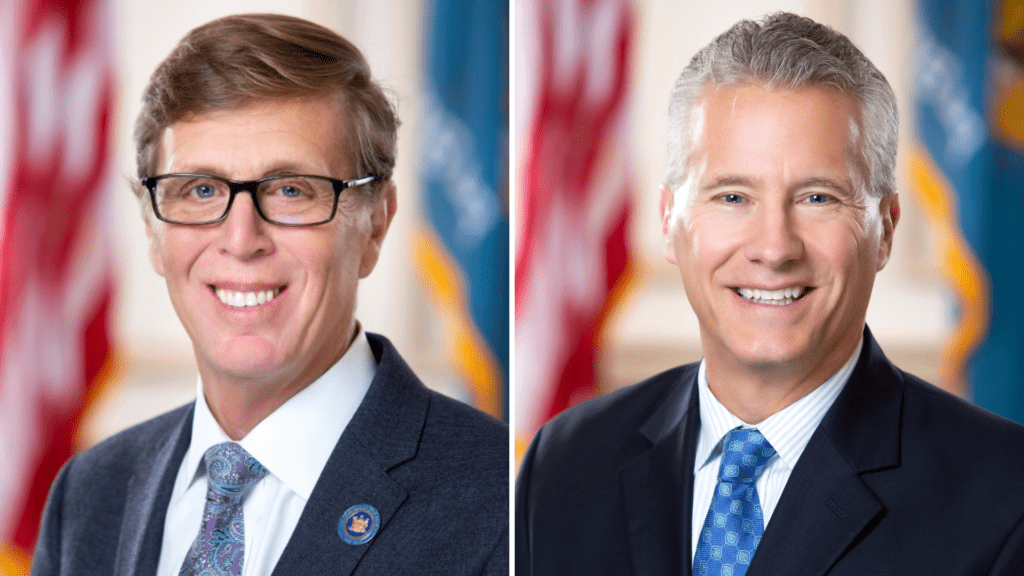 Delaware House Republicans will be led by a new pair of officers when the General Assembly reconvenes in January, and they’re both promising to move the caucus in a less divisive and more welcoming direction.

The caucus on Tuesday elected Rep. Mike Ramone of Hockessin as minority leader and Rep. Lyndon Yearick of Camden as minority whip.

“This is an opportunity for us to build a Republican Party and message that is more inclusive and more reflective of our state,” Ramone told Delaware LIVE News.

“I will do my best to not disappoint people and not let people down,” he said. “As a leader, you lead from the front, you take the bullets for the team, but you support from the back and make sure everybody’s got what they need to guarantee them success in their districts and in the state. So that’s my new job and I’ll do my best.”

The minority leader is the floor leader of the Republican caucus. In this role, he is the principal speaker for the minority party during debates on the House floor and works to coordinate the party’s legislative agenda.

The minority whip effectively serves as an assistant leader. Theoretically, the whip is responsible for enforcing party discipline on votes deemed crucial by party leadership, helping to ensure that members vote in accordance with the caucus’s legislative agenda.

It’s not clear what inspired the caucus to change directions or how the vote went down after the two-hour closed-door meeting, but Ramone said this isn’t just a new chapter for House Republicans — it’s a new chapter for the General Assembly, too.

“I don’t want us to be like the rest of the country,” Ramone said. “I believe we’re all good people trying to do good things for our communities. Some people have different opinions of what ‘good’ is but I think we can help Delaware avoid some of the mistakes of some other states.”

He said he’s hopeful that the House’s 15 Republicans will be able to work well with “at least many of the centrist Democrats in the House, but hopefully all Democrats.”

Ramone said in the past, many Delawareans — especially LGBT people, women, and people of color — have felt they don’t have a home in the Republican Party, but moving forward, “it’s important that we have a big tent.”

He pointed out that he has a gay son, and that’s taught him to open his mind to other people’s struggles. He hopes his colleagues will follow suit and focus first on the issues all Delawareans care about, like economic opportunity, education, and individual liberties.

“If there’s a message that I hope resonates within our party, it’s that we don’t all need to think exactly alike on every single item, but at this point, our state needs help economically, we need help in the education environment, and the people in our state are getting taxed to death. We need to change that.”

Ramone’s appointment is noteworthy because he comes from an overwhelmingly Democratic district. In this year’s election, Ramone won by just 41 votes.

He said former Minority Leader Danny Short is a close friend and always will be.

“I may need to work a little harder to help heal anything that maybe was taken personally, but I know Danny,” Ramone said. “He’s a very honorable person and he cares about his district and he cares about the state and if I can deliver results in that effort to make our state a stronger place — a more unified state — I think he will be very pleased with that.”

Yearick said the time was right for a change.

“Our caucus members have a history of reaching out to constituents and crafting innovative ideas to address their concerns,” Yearick said. “We plan to not only continue those efforts but to be more assertive in seeking collaboration and promoting solutions. We will be about ideas, not ideology.” 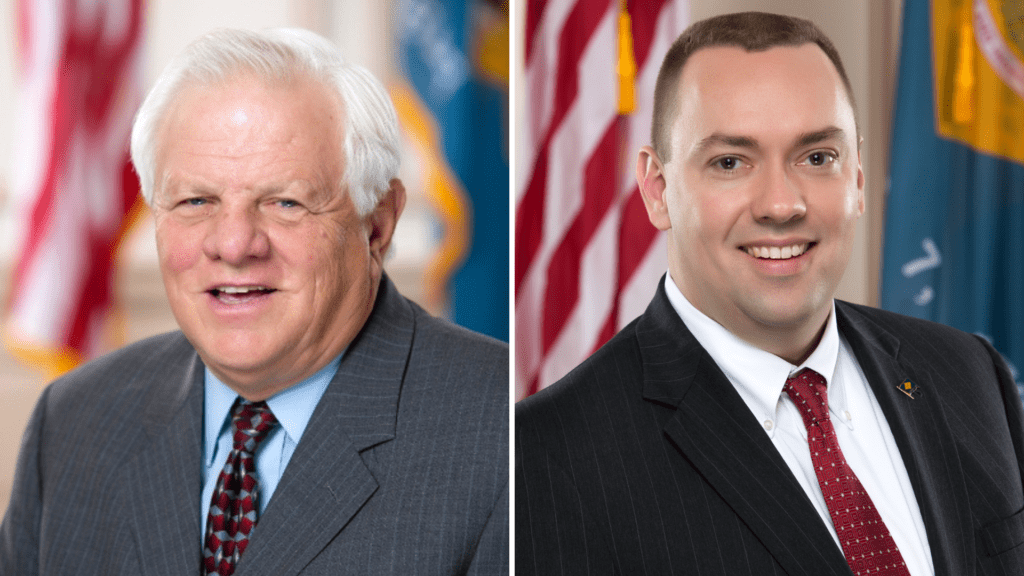 Sens. Gerald Hocker and Brian Pettyjohn will stay on as Senate minority leader and whip, respectively.

In contrast, Senate Republicans on Monday re-elected their leader and whip.

“It’s an honor to serve the great people of the 20th District and to lead this caucus into the 152nd General Assembly,” Hocker said in a news release Monday. “Strengthening our justice system, bettering Delaware’s education, and finding solutions to combat rising inflation and fuel costs will be the focus of the Senate Republicans heading into 2023.”

“Our state is headed in the wrong direction, so I am focused on finding innovative methods to convey our message to the voters throughout Delaware,” he said. “Our caucus will continue to push for common sense solutions to our state’s complex problems.” 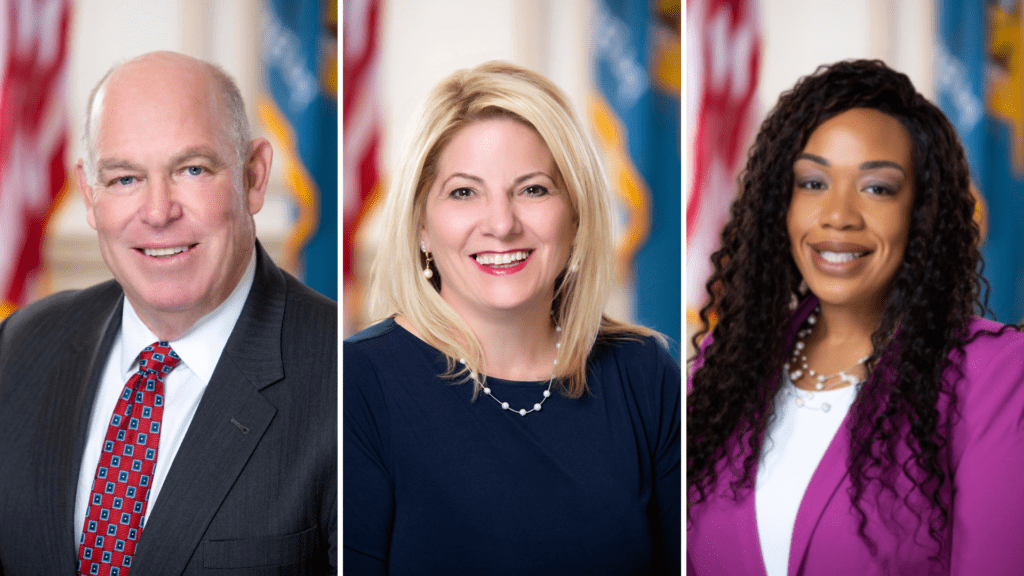 Reps. Pete Schwartzkopf and Valerie Longhurst will stay on as House Speaker and majority leader in the House, respectively. Rep. Melissa Minor-Brown will take over as majority whip for Rep. Larry Mitchell, who lost re-election.

Democrats in the House re-elected House Speaker Pete Schwartzkopf of Rehoboth and Majority Leader Valerie Longhurst of Bear. Both have held those positions since 2013.

Rep. Melissa Minor-Brown of New Castle South will become House majority whip. Her predecessor in that position, Rep. Larry Mitchell, was defeated in this year’s primary election by Rep. DeShanna Neal of Elsmere.

“I’m honored that my caucus put their trust in me to serve as the first Black member of our leadership team, and to be a part of the first team that includes two women,” Minor-Brown said in a news release. “We have an amazing, talented group of representatives in our caucus, and I can’t wait to hit the ground running.” 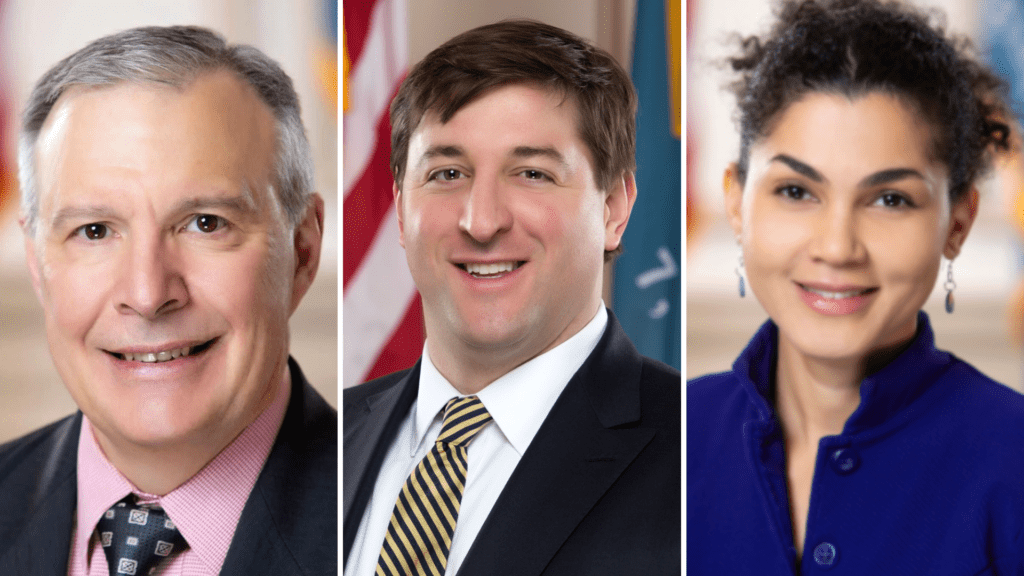 This is a developing story. Check back later for more information.