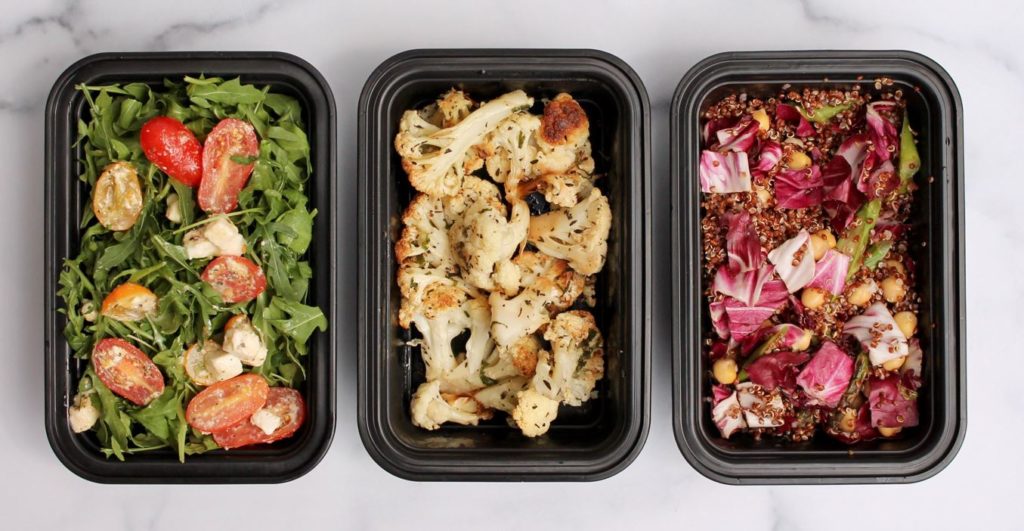 There is no shortage of meal-delivery programs in the Wilmington area. HelloFresh, Green Chef and Blue Apron offer meal kits with ingredients and recipes, while the Farmers Fridge delivers ready-to-eat meals.

But there is one thing these large-scale programs lack — local flavor.

Chefs with Delaware roots are changing that. Full Circle Food is the brainchild of Robbie Jester and Tim Bolt, Culinary Institute of America graduates and veterans of Delaware’s dining scene.

Now Full Circle, which opened in 2017, has some company. In September, Home Appétit entered the Wilmington market. 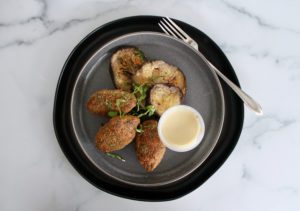 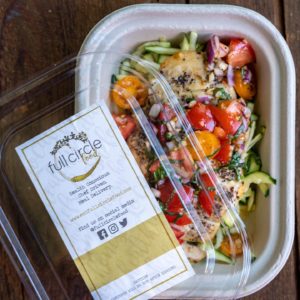 Lots of fresh vegetables are a hallmark of A Full Circle meals. 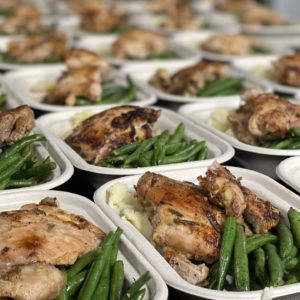 Full Circle meals lined up for final packing before delivery.

The two companies occupy a niche in the meal-delivery sector: They bring fresh, ready-to-eat meals to customers’ doors. Buyers need to heat and serve.

Because the entrees and sides are already prepared, there’s less waste; items come in insulated bags, not cardboard boxes. The food arrives in standard, reusable to-go containers — there’s no chopping or dicing.

“People love the idea of meal kits — I think they’re super fun, especially for novice cooks — but honestly, people get home, and they’re like: ‘I don’t want to read instructions,’” Jester said.

Wallach would agree. His business model is an extension of the personal chef business he started after moving from New York to Philadelphia with his wife, Susie. The couple was newly married, and she was reluctant to sit alone at night while he worked in restaurants.

Wallach started the company in his one-bedroom apartment. It took off.

“I realized pretty quickly that my time was limited,” he said. “I can only serve so many clients.”

He scaled up the quantities to create a home-delivery model.

That was in 2014. Today, Home Appétit has 20 cooks and 25 drivers who deliver 5,000 fresh meals to clients in Philly, South Jersey and the surrounding suburbs. Now Wilmington has entered the fold. 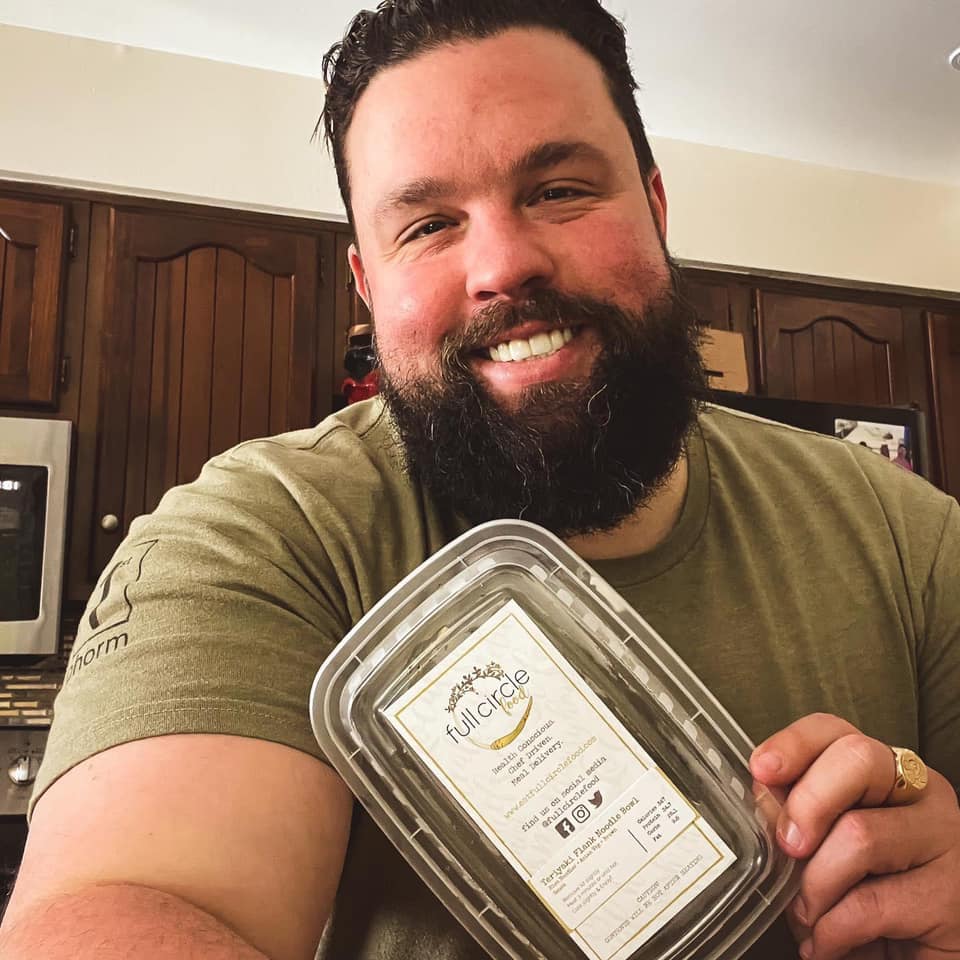 An Appetite for Ambition

These chefs are men with a plan — or, rather, plans.

Wallach initially thought he would follow in the footsteps of his father, Bill Wallach, the former CEO of ILC Dover. But he felt a pull toward the hospitality industry.

His yearning started at age 14, when he worked for the late Matt Haley at Bluecoast Seafood Grill in Bethany Beach.

“Matt was my mentor,” he said. “He fostered in me the love of the industry.”

His family had a Bethany Beach home, and every summer, from the age of 14 to 21, Wallach worked at Bluecoast at night.

At George Washington University, Wallach double majored in international business and hospitality management. After graduation, he landed a job with the Hillstone Restaurant Group in Napa Valley.

Haley visited several times, and when his pupil wondered if he should go to culinary school to become a chef, Haley told him to learn on the job — which is what he did.

Jester and Bolt, meanwhile, have become serial entrepreneurs. They also own the newly hatched Great Big Jerk, which delivers Jamaican-inspired wood- and charcoal-grilled jerk chicken. The commercial kitchen in Landenberg is attached to a space they can use for catered events. 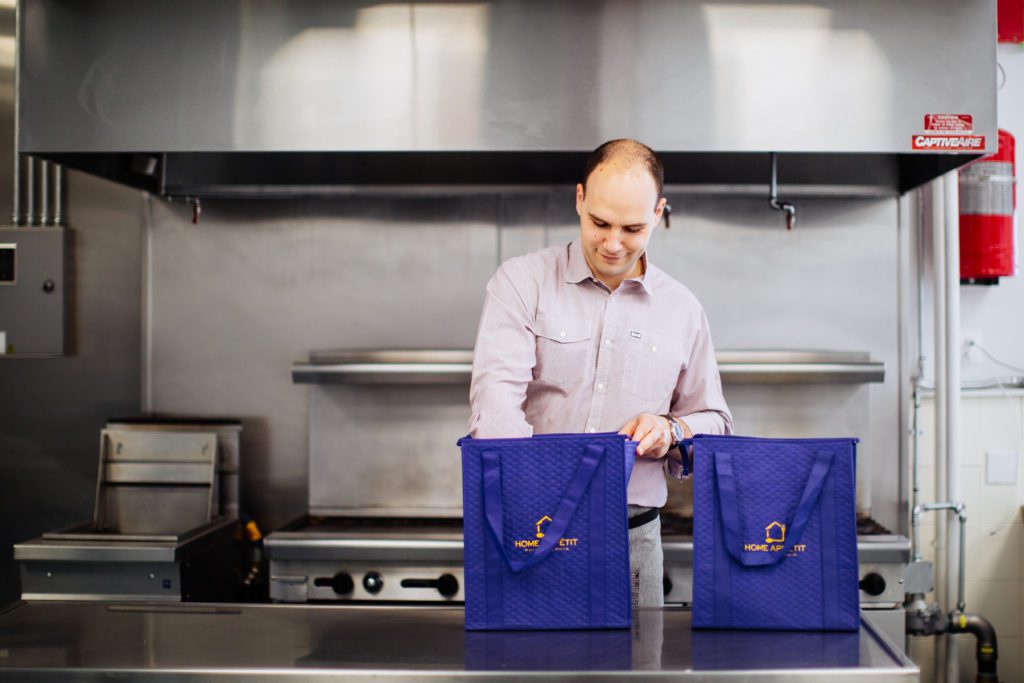 Few would argue that the chefs have impressive pedigrees. Jester beat Bobbie Flay on the Food Network show and competed twice on “Guy’s Grocery Games.” (He won the second time in the Redemption Tournament.)

He is the former executive chef at the Stone Balloon Ale House in Newark and Piccolina Toscana in Wilmington’s Trolley Square.

Their experience is now the customers’ gain. Indeed, Full Circle’s business model is based on delivering restaurant-quality meals.

Then customers wanted substitutes for the white rice and potatoes that Full Circle included in some meals. The plan now focuses on proteins and fresh vegetables with condiments.

“We’re trying to take familiar menu items and make them as healthy as possible for most nutrition and lifestyle plans,” Jester said. He’s gratified when customers don’t realize they’ve been mainly eating gluten- and dairy-free foods.

Nearly 100% of Full Circle’s customers order for one or two people.

“We did kids’ meals for a little while — we might do them again — but there are other plans for people who want to feed their kids inexpensively,” Jester said. “It’s hard to compete in that space.”

Home Appétit features kid-friendly meals in its add-on section, which also includes soups and sliced Lancaster chicken that customers use to make salads or sandwiches. Customers can also select bagels from a Philly bakery.

Busy people who want what they want when they want it are anting up.

Said Wallach, “We see a lot of potential in northern Delaware.”