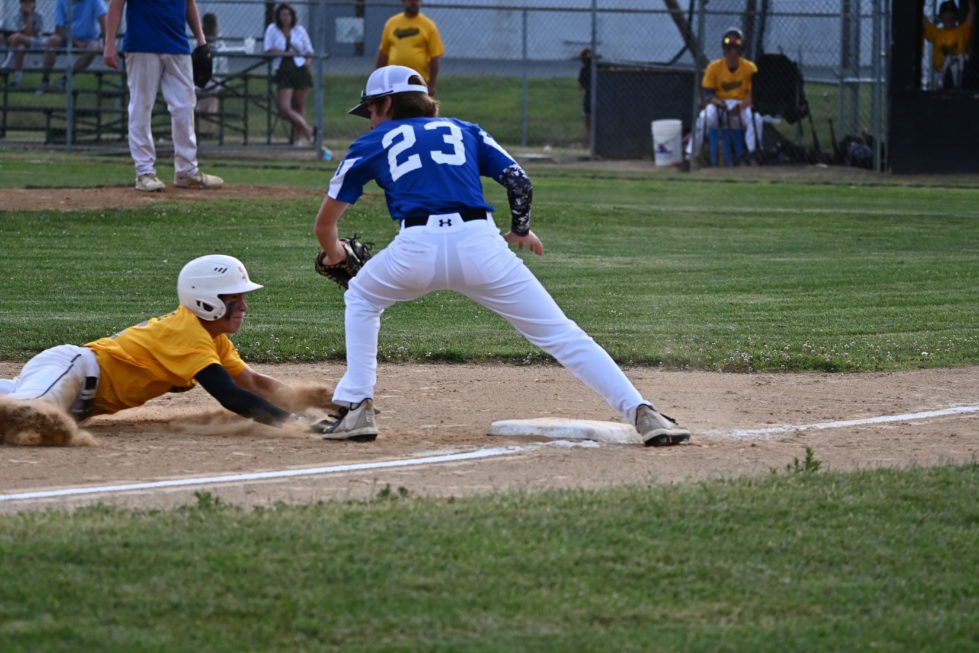 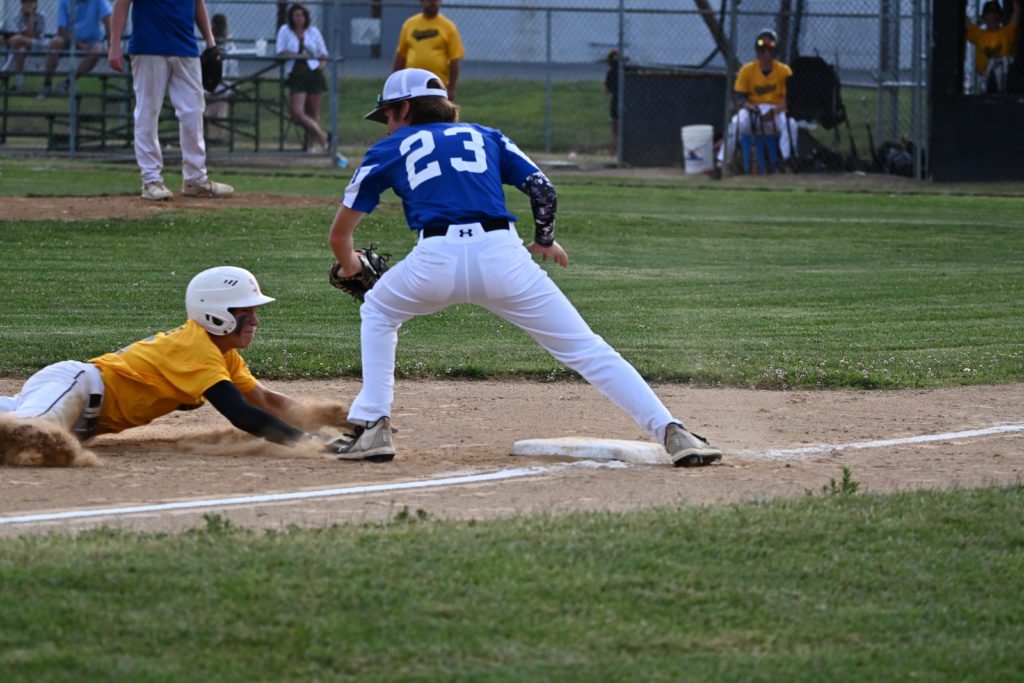 Georgetown’s Talan Savage gets under the tag of Malachi Woods as he steals third base. Savage later scored for one of his two runs in the game. Photo Frank Payton

Georgetown- The Georgetown Senior League All Star team started out tournament play suffering a 12-10 loss to Lower Sussex in the opening game of the 2022 District 3 tournament. After a night off, Georgetown has won four games on four consecutive nights to put them into the championship game.

Georgetown defeated unbeaten Cape 6-3 on Friday night to force the winner take all game to be played on Tuesday, July 5.

Jeremy Vest and Kole Swain combined for the win on the mound for Georgetown, each scattering three hits and striking out five Cape batters.

Vest started the game, but was limited to 45 pitches on the night, which he used wisely, exiting after the third inning having thrown 41 pitches issuing only one walk. Swain earned the win on the mound going four innings, also allowing just one walk and one earned run.

“They are both great pitchers, we have a good pitching staff,” Georgetown manager Brian Clark said.

“I came in here with a 45 pitch limit so I came in here to just fill a zone just try to get quick outs so we could get back out there and score those early runs,” said Vest.

Cape answered with a run in the second when Jackson Cunningham led off the inning with a single. Aiden Block’s RBI single drove in Cunningham.

Georgetown added two more runs in the third inning when Savage led off the inning with a base on balls then stole second and third base. Savage scored on an errant throw on a pick off attempt. Savage stole three bases in the game for Georgetown.

Clark later singled in the inning and scored on Swain’s RBI single. Georgetown added two more runs in the fourth as Gage Shockley and Palmer Schaeffer singled to start the fifth inning. Hall drove in Shockley on a ground ball to the right side of the infield and Schaeffer scored on an RBI single by Clarke. Clarke was 2-for-2 with two RBI’s for Georgetown.

“I saw some fast balls early that I hit then they started throwing curve balls so I was ready,” Clarke said.

Reed Thompson reached base on a one-out error for Cape in the sixth inning. Thompson then reached second on an error, advanced to third on a wild pitch before scoring on a throwing error on the same play. Cunningham, who had reached base on a fielder’s choice, later scored on Trey Hitchcock’s RBI single as Cape cut Georgetown’s lead to 6-3.

Cape threatened again in the seventh when Austin Morrison walked and Malachi Woods reached on a two-out single, bringing the tying run to the plate. Swain was able to get the final out with a strikeout to end the game for Georgetown.

“The first game of the tournament we lost, we didn’t have all of our kids, we had travel ball going on. We finally got our full team back during the week. They are good ball players, they hit, they play defense and they pitch well,” Clark said.

After their tournament opening loss to Lower Sussex, Georgetown began putting runs on the board in the loser bracket, beating Laurel-Nanticoke-Woodbridge 19-9, Millsboro 14-4 and Loser Sussex 9-5 to earn their way back for a chance at a District 3 championship.

Georgetown and Cape will play again on Tuesday, July 5 for the District 3 championship. The three day layoff will give both teams some much needed rest for their respective pitching staffs.

“Everybody is available, we feel confident,” Clarke said. 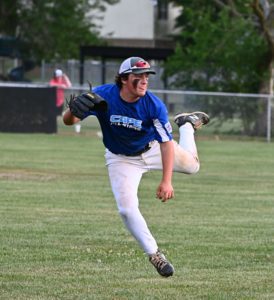 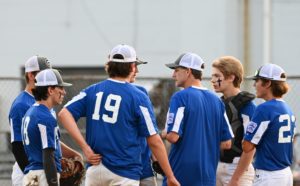 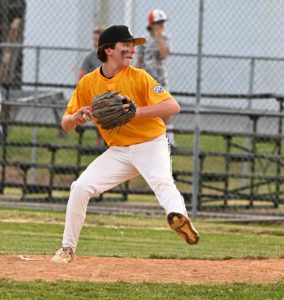