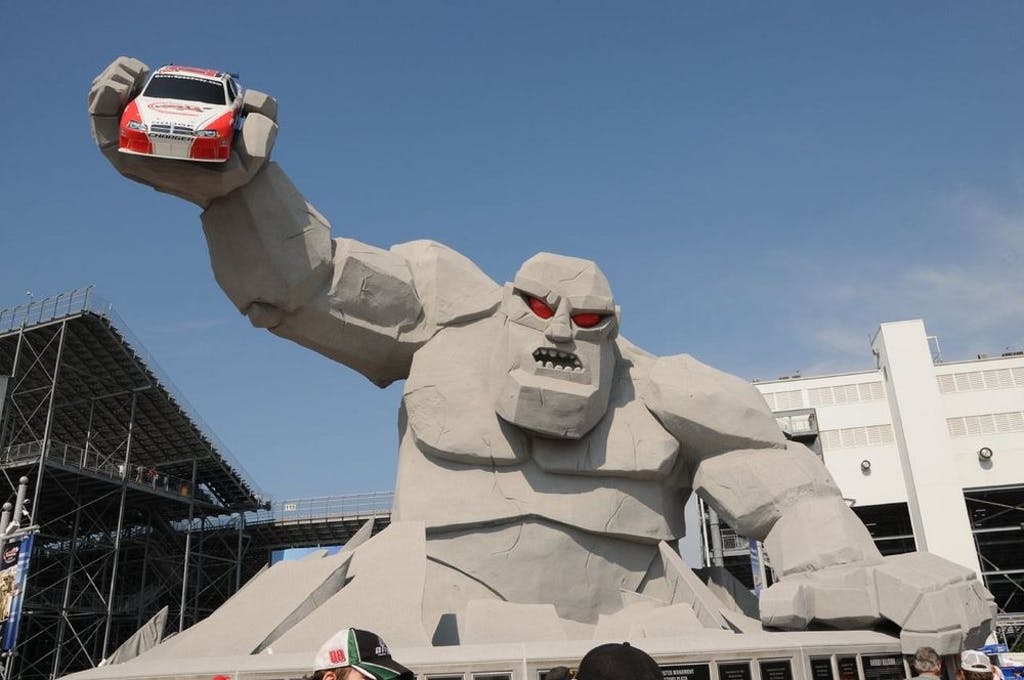 A lot of fans were on hand for NASCAR racing’s return to the Monster Mile.

Spaces that had been used so often for COVID-19 vaccination events over the weekend became home to the Drydene 400Xfinity Series Dash “Dash 4 Cash” race on Saturday and NASCAR Cup Series race Sunday.

“It’s good to be back,” says Tom Workman, a fan from Florida who comes to the races each year. “We’ve been itching to get back here because this is one of our favorite tracks”.

Workman is one of several fans who goes to races across the country during NASCAR’s intense cup season. His RV was forced to sit unused all of last year due to the pandemic and NASCAR shutting down for the 2020 season.

He wasn’t the only one. Other fans in town for the race say it feels like a “somewhat return to normal” with NASCAR back in Dover — but with less fanfare.

“In years prior, we would hang out with other [traveling fans] and have a good time around the fire. We don’t have much of that this year but it’s still good to get out,” Workman says.

Dover Speedway officials pressed hard for racing fans to return to the grandstands. After consideration from state health officials, Dover Speedway got the greenlight last month but had to abide with strict protocols; including digital tickets, hand sanitizer stations and mask requirements. Under the agreement, it could only sell 20,000 tickets to Sunday’s race, and they sold out.

“We appreciate the patience and understanding we heard from fans during our reseating process and we look forward to welcoming them back in the grandstands this weekend,” said Mike Tatoian, Dover International Speedway’s track president in a press release. “We thank not only our fans for their continued loyalty and enthusiasm, but also Delaware public health officials for their confidence in us to host this weekend’s races safely.”

The state of Delaware also offered one-shot vaccines at a tent on the property, part of its new plan take vaccines to where people are, rather than holding events and expecting people to come to them.

This will be the third time in 51 years that Dover Speedway will only host one NASCAR cup race in a season. Typically the track hosts two races each season, but the addition of Nashville Superspeedway to the schedule forced Dover to just one event. There was no race last year due to the pandemic.

The virus was still a big story at this year’s race.

Driver Justin Haley was replaced last minute by Josh Berry due to COVID-19 protocol. It marked Berry’s first appearance at a Cup Series. He  contend with 36 other drivers for a shot at Cup Series points and cash in a race that saw Alex Bowman drove the Hendrick Motorsports No. 48 to victory.