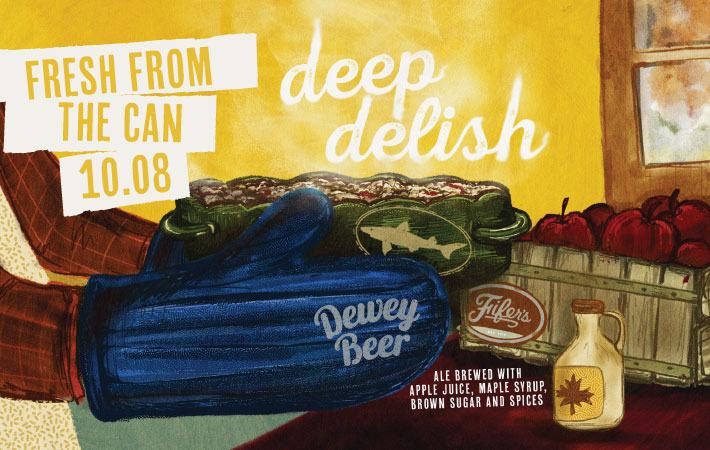 Dogfish Head Craft Brewery will host its second-annual Harvest Festival on Saturday, Oct. 8 from 11 a.m. to 5 p.m. at its Milton Tasting Room and Kitchen.

“I am always pumped for this time of year and for our annual Harvest Festival, but Deep Delish, our new collaboration beer with Dewey Beer Co. and Fifer Orchards, is going to bring a whole new level of excitement to the event,” said Sam Calagione, Dogfish Head founder and brewer.

“I think our drinkers are going to have a lot of fun tasting it, especially knowing that it was ideated and brewed in partnership with two other Delaware native brands.”

Deep Delish, which clocks in at 9.7% ABV, is the first limited-edition 12-ounce can to be released from Dogfish Head’s Milton Tasting Room & Kitchen, was brewed in partnership with Dewey Beer Co. and Fifer Orchards.

With maple syrup, brown sugar and apple juice concentrate from Fifer Orchards, “the beer radiates notes of maple and apple crisp for a fresh-from-the-oven flavor,” according to Dogfish.

Deep Delish will be available on draft and in 6-pack, 12-ounce cans to-go for $14 each, while supplies last.

Upon arrival at Harvest Festival, guests can take a stroll around the Grassy Knoll to check out the food trucks and booths run by unique local Delaware vendors and artisans, including members of The Developing Artist Collaboration, a local arts-centric non-profit, who will be performing live acrylic paint pour-overs.

Throughout the day, the Tasting Room & Kitchen will offer food and cocktail specials and tours of the brewery and Steampunk Treehouse.

Inside, DJ 45 will be spinning vinyl tunes while Hot Sauce and Homestead Blue Grass Band serenade guests on the outdoor stage.

A portion of the proceeds from the Harvest Festival will benefit Brandywine Valley SPCA, an organization that advocates for the well-being and welfare of animals. Guests can also show their support by bringing their pup to the on-site dog photo booth from 1 p.m. until 3 p.m.

For those that can’t make it to Harvest Festival but still want to drink in the fall spirit, Dogfish Head has other options available. 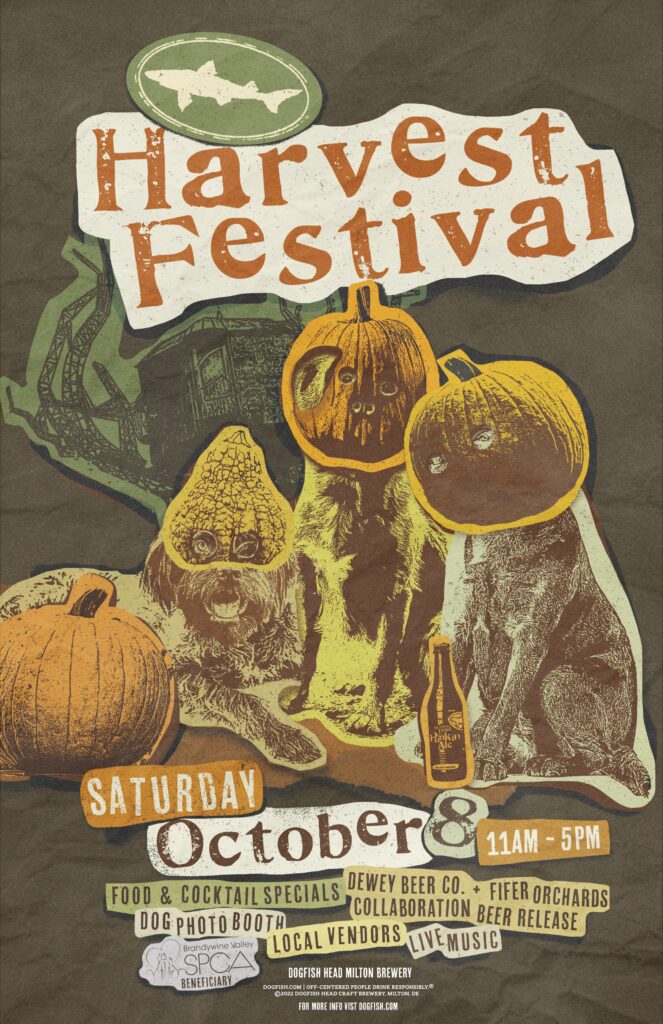