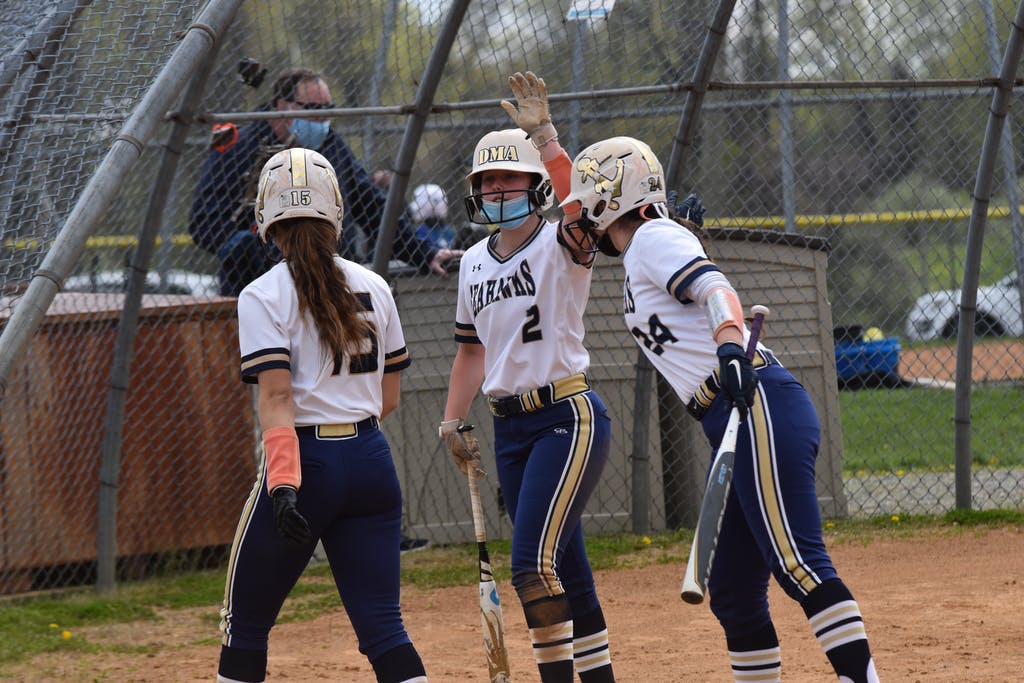 DMA celebrating after scoring a run

Senior Graceyn Frost was HOT (not true to her name) as she pitched her 3rd no-hitter of the season, struck out 12 batters, allowed just two base runners, singled and scored a run in a 2-0 win over Smyrna Saturday afternoon at Midway Softball Complex. The Seahawks came into the week ranked #1 and undefeated until they lost to Sussex Central 6-2 on Tuesday, the same night the #2 Eagles fell to 3rd ranked Caravel 2-1. The rankings will likely be altered a bit after this week’s action. 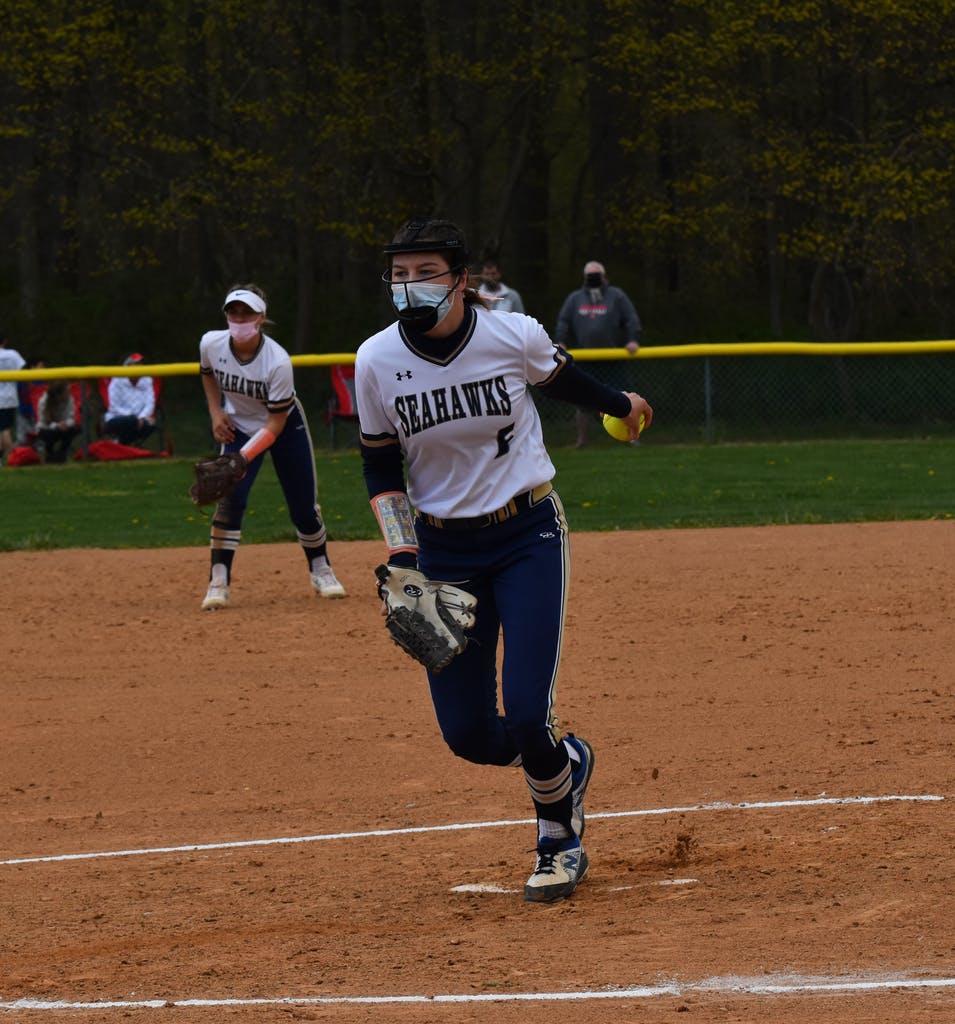 Frost retired the 1st nine Smyrna batters she faced until she hit Gianna Duca in the 4th inning. The only other Eagle to reach base was Carly Maxton with a walk in the 6th. Frost continually painted the outside part of the plate in an impressive performance.

DMA scored both runs in the second inning as Frost grounded a 1-out single just past shortstop Maxton. Brooklyn Richardson reached on a throwing error to put runners at 1st & 2nd. Then a key plate appearance by center fielder Gabriella Campbell as she singled up the middle to bring home Frost. Campbell, a freshman, was a late change in the starting lineup for Coach Roman Allin and she came through in the clutch. After Richardson & Allin moved up a base on a throw to the plate, leadoff batter Angelina Dell’Oso sacrificed, scoring Richardson. Those would be the only runs of the game.

Smyrna pitcher Payton Dixon recorded 4 strikeouts and held DMA to 4 hits. These two teams have played 4 times since 2018 with both winning twice. The last time they met was the DIAA semifinals in 2019 as Smyrna won 2-1.