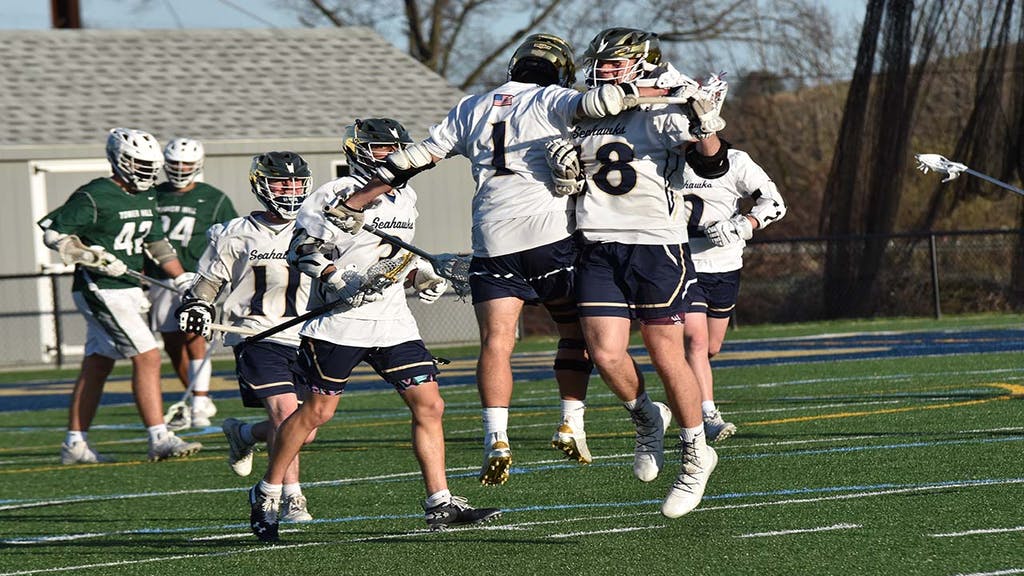 DMA celebrating after a goal

DMA jumped to an early lead in the 1st quarter as Thomas Whitaker scored two quick goals putting the Seahawks ahead with a quick 2-0 lead. Tower Hill would answer with a couple goals from Bo Gravuer. The teams would go back and forth in the first half but they would go into halftime tied up at 4-4.

In the second half Tower Hill would come out hot. They jumped out to a 7-4 lead as Bo Gravuer picked up right where he left off in the first half netting 2 more goals. C

hristopher Cobb, just an eighth grader from Tower Hill, would find himself in great position in front of the net scoring his first goal of the game giving the Hillers a 3 goal lead. DMA would come right back with a couple goals of their own from no one other then Thomas Whitaker.

Whitaker would score 2 more goals as the third quarter would come to an end, but Tower Hill still held a one goal lead 7-6. 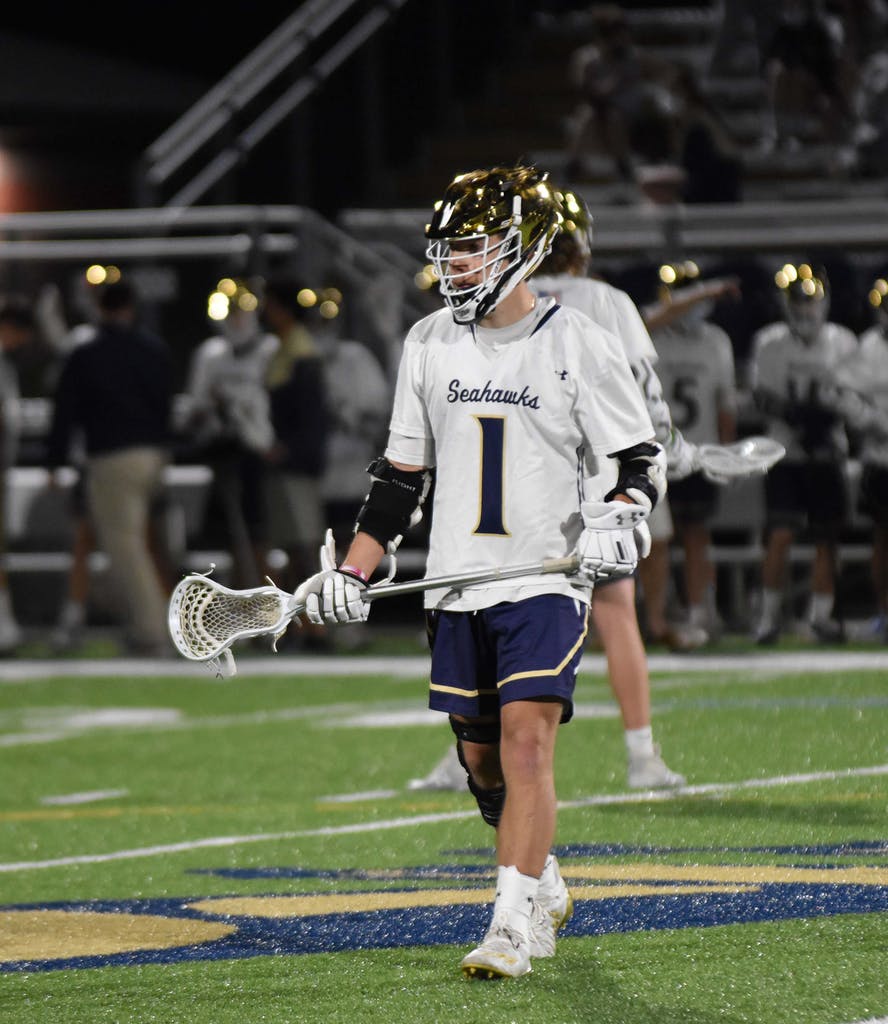 In the start of the fourth quarter DMA would take advantage of a man up situation. Donte Peronti would score his first and only goal after he was the recipient of the illegal hit that put the Hillers in the penalty situation. Peronti’s goal would tie the game up at 7-7.

During the possession Tower Hill would turn the ball over and DMA would capitalize from another goal by Thomas Whitaker giving them a 9-7 lead.

Tower Hill would find themselves down two goals late in the fourth quarter but they never panicked. With just over 3 minutes to go Junior Brendan Hickey would score his second goal of the game bringing the game to within one goal.

Then with just .55 seconds Tower Hill Emmett Simpler would score his first goal of the game and a crucial goal tying the game up at 9 forcing over time.

In overtime Tower Hill would gain possession after the initial faceoff. They would take some time off the clock working the ball around looking for an open shot. Gravuer would find Hickey open in front of the net hitting him with the pass, Hickey turned to took the shot but it was blocked by Sophomore goalie Anthony Pacilio.

Tower Hill would have another opportunity but the shot would sail wide.

DMA got the ball back with just under two minutes left. They worked the ball around till Wyatt Walther found Braedon Dougherty in front of the net scoring the game winning goal for the Seahawks.

DMA would improve to 2-0 on the season. They were led by Senior Thomas Whitaker who led all scorers with 6 goals.

Tower Hill was led by Brendan Hickey and Bo Gravuer  with 3 goals a piece.