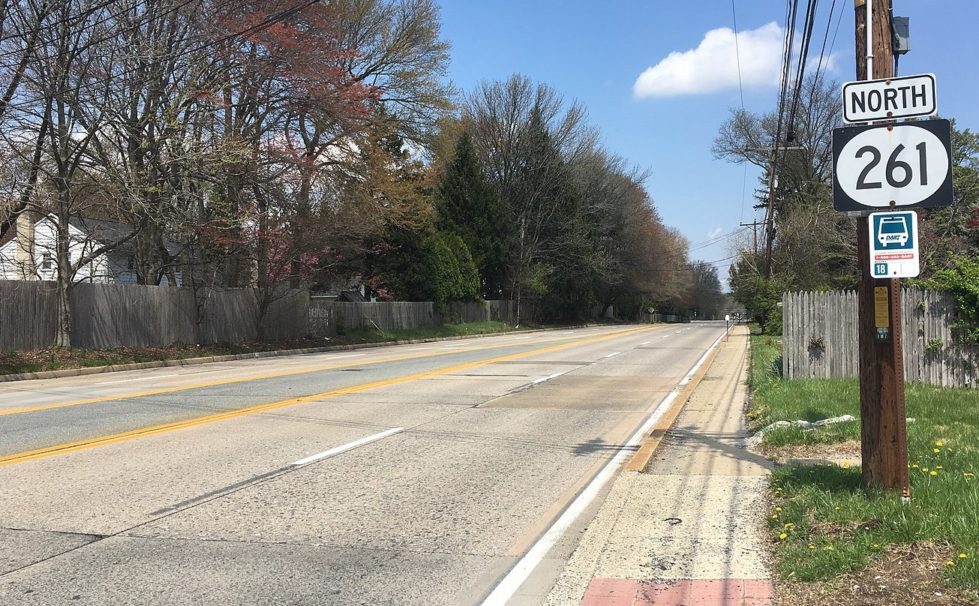 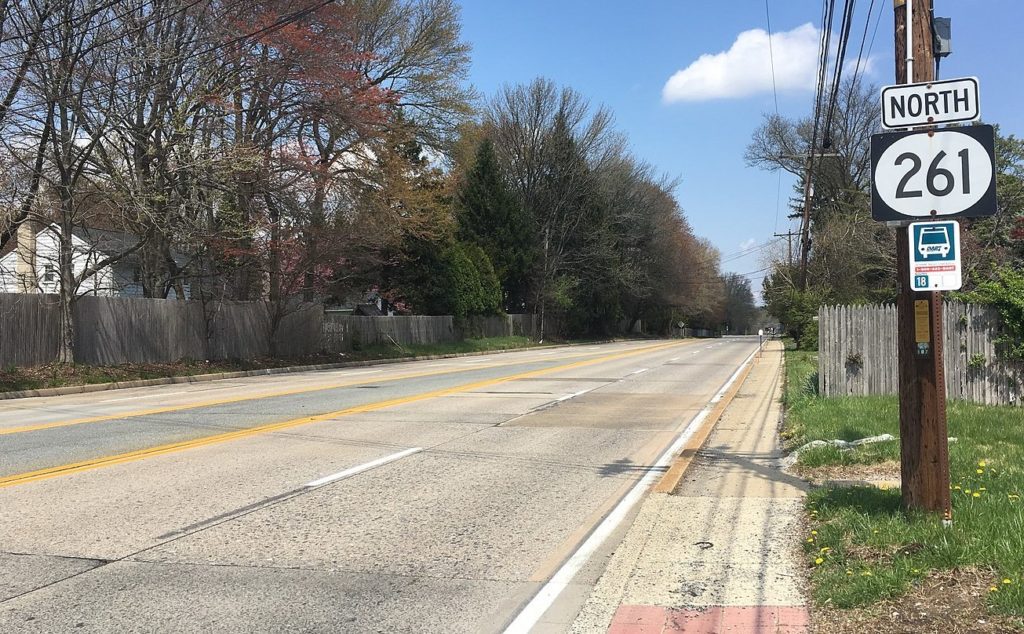 DelDOT wants to reduce the number of lanes on Foulk Road (Photo by Dough4872, from wikimedia)

State officials want to increase safety by reducing the number of lanes on Foulk Road.

The idea is drawing a lot of interest on what the project entails – and a visceral outcry.

The Delaware Department of Transportation “wants to reconfigure Foulk Road the same way it has Philadelphia Pike,” Mike Lang wrote on the Take Back Claymont Facebook page. “They want to reduce it from 2 lanes to 1 in each direction with a center turning lane, plus add a bike lane and a continuous sidewalk.”

The lane diet, Lang said, would cover the space between Weldin Road and the Pennsylvania state line.

His post drew a dozen comments in a few hours, all opposed.

“Sigh,” “nightmare” and “horrible” were some of the printable things they said.

“I am not yet familiar with the details of what is being proposed, but I can tell you that ‘speeding traffic’ is one of the top two complaints my office receives,” said County Council member Dee Durham, whose districts covers most of the road.

“The state and county police cannot be everywhere at once to enforce speeding laws and driving etiquette.  The other nearby road diet project which has been very successful is Murphy Road from Concord Pike to Shipley,” she said.

“If traffic counts on Foulk Road warrant a reduction in lanes and perhaps other traffic calming measures, it will reduce traffic speeds and make the roadway safer for all users – vehicles, pedestrians and bicyclists. I would wholeheartedly support such measures with the goal of reducing accidents and saving lives. We need to do what we can to encourage bicycling and walking, and less asphalt, not more.”

For decades, transportation planning has focused on designing roads to increase vehicle speeds, she said.

“We are finally implementing projects that recognize this may not have been the best approach,” Durham said. “It is like the old proverb, no pun intended but appropriate, ‘No matter how far you have gone down the wrong road, it is never too late to turn around and start the journey on the right road.’ ” 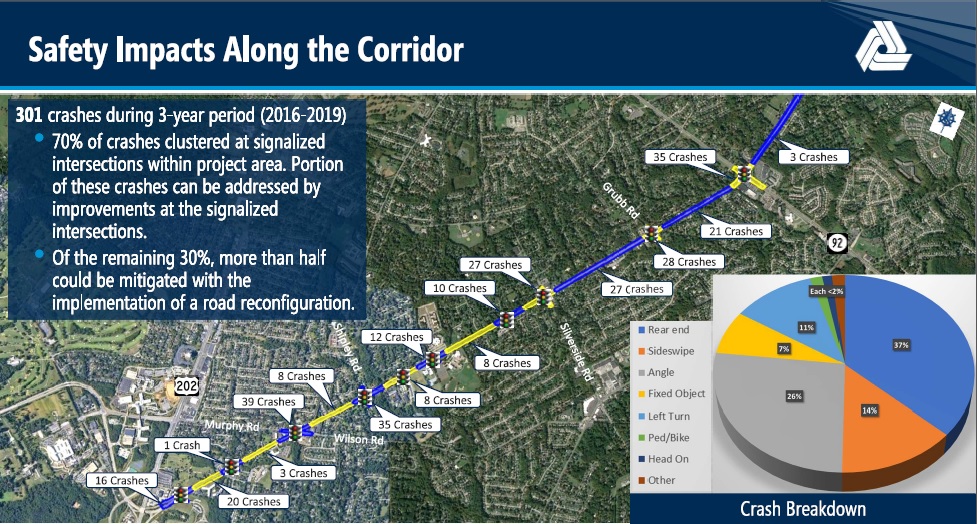 Ruth Linton, who owns Highland Orchards Farm Market on Foulk Road, believes that “some parts are beneficial” and is interested in learning more about the project.

She characterized Foulk Road as having “dense” traffic that already backs up when Brandywine High School lets out.

Would the diet make it back up more, she asked.

A dedicated left-turn lane is great, she said, but she wondered if traffic would now back up behind vehicles making right turns.

Phil Socorso, who owns Foulk Lawn Equipment on Foulk Road, also wanted to learn more about the project. At this point, following lengthy work on repaving near him, travel delays associated with the work “are certainly not welcome.”

The most recent lane diets in northern New Castle County, McLeod said, have been to Philadelphia Pike, Murphy Road and Memorial Drive.

“All have worked exactly as anticipated” to improve safety, he said.

The Murphy Road work went from Foulk Road to Concord Pike. The Memorial Drive work went between routes 13 and 9, near New Castle.

A lane diet (also called a road diet or roadway reconfiguration) “can improve safety, calm traffic, provide better mobility and access for all road users, and enhance overall quality of life,” according to the Federal Highway Administration.

The agency says converting a road from four lanes to three reduces accidents 19-47%.