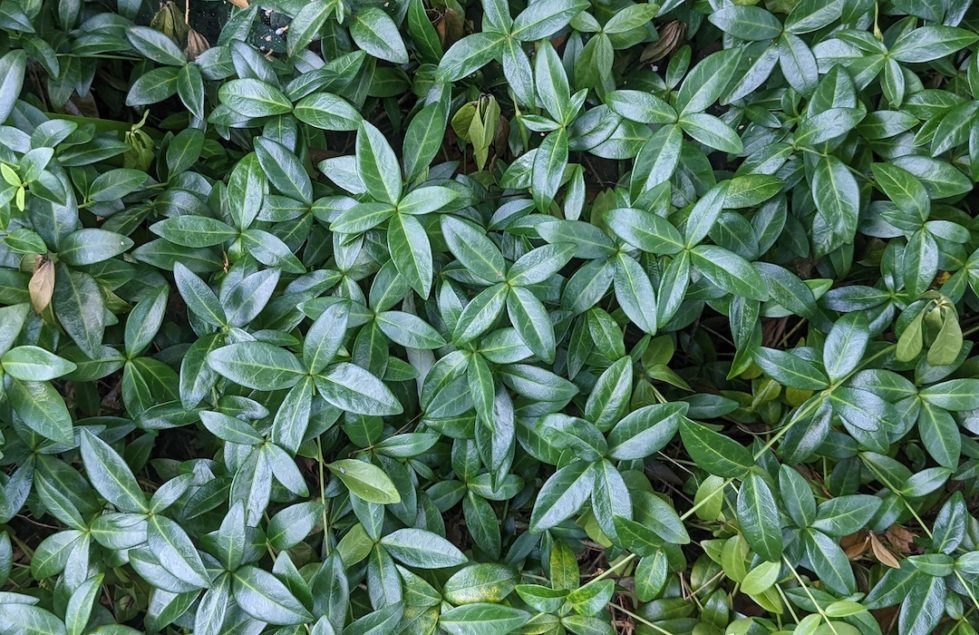 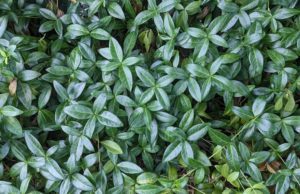 Lesser vinca is one of the invasive plants on a new list of plants banned in Delaware.

Delaware has banned 37 invasive plants, and the number will grow.

The hit list in a law that became effective July 1 includes plants often sold to homeowners or shared among gardeners and weeds that just seem to be all around that no one today likes.

“We all stand to lose if we allow this to continue,” said Sen. Stephanie Hansen, D-Newark/Glasgow,  the prime sponsor of Senate Bill 22. The bill was passed unanimously in January 2021 and signed into law by the governor in March 2021. The delay in its effective date was to allow time for businesses to adjust.

The Delaware Native Species Commission is charged with maintaining a watch list of plants that could be added.

A 2021 list prepared for the Delaware Department of Natural Resources and Environmental Control defines invasive plants as “a non-native species that causes environmental harm. Invasive species are very aggressive and can outcompete and displace native flora and fauna.”

The list, which specifies that it is advisory and not regulatory, counts 720 plants.

Horticulturists for decades have been championing native plants because they not only do better in a geographical area’s weather, surviving rain or drought longer, but they also provide food and habitats for native wildlife.

Last year, the Delaware Department of Agriculture warned people not to forage for food in Sussex County because two types of hemlock that resemble wild carrot had been discovered there. The hemlock is poisonous.

The Delaware Invasive Species Council has a link to another list of invasives, with helpful descriptions and photos.

In some cases, identifying them can be tricky. For instance, there are invasive and native honeysuckles.

The big problem with non-native plants is that native insects and animals don’t recognize them as food or can’t eat them, because they didn’t co-evolve with their defenses.

That’s why they’re promoted as being “deer-resistant” or “insect-repelling.”

“Think long and hard before planting a known invasive plant in your landscape and consider removing the ones you already have,” said University of Delaware professor Sue Barton.