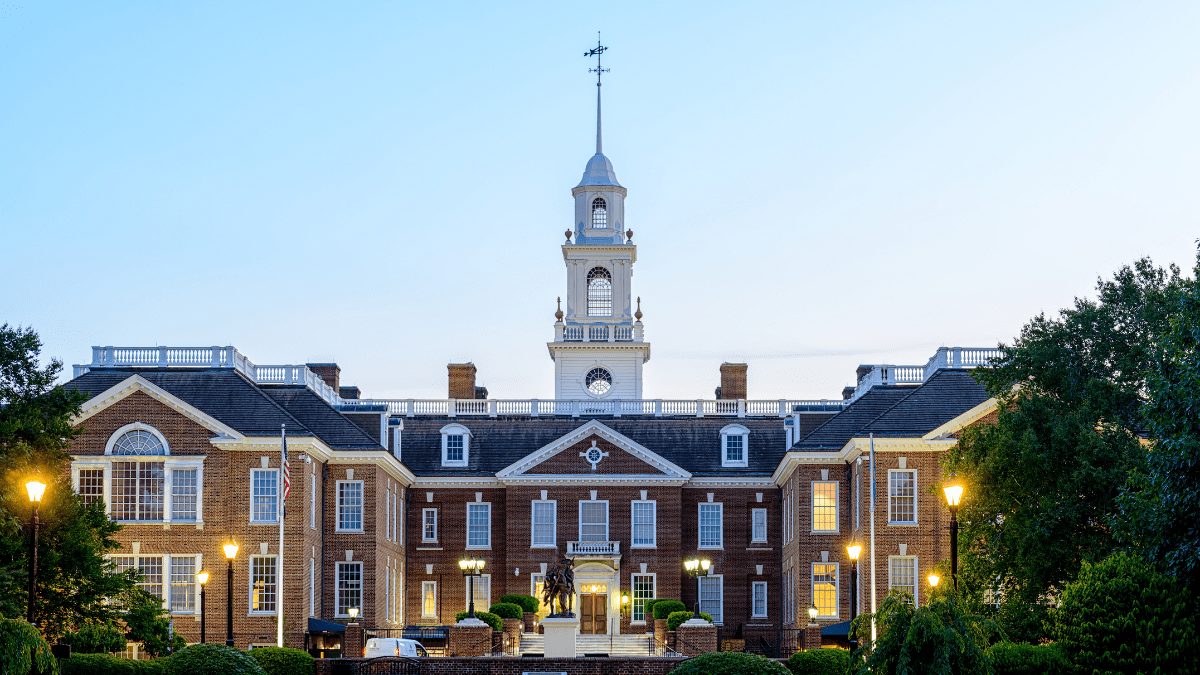 State Auditor Kathy McGuiness has been granted permission to hire outside counsel in her office’s ongoing subpoena case with the Department of Health and Social Services.

Her office has been trying since May to get DHSS to hand over documents necessary to complete a performance audit of the agency’s Medicaid eligibility programs.

McGuiness says she’s faced obstacles while conducting audits that the previous auditor, Tom Wagner, who served from 1989 to 2019, didn’t.

“I took over after 30 years,” McGuiness said in an interview with Delaware/Town Square LIVE News. “The majority of people on this planet know it as one type of administration, so what I’ve had to do is come back in and say, this is an office, this is what we do — oh, and by the way, it changed from what we did five years ago. It’s not your grandma’s auditing office anymore.”

Apart from that, auditing practices, transparency rules and technology have all changed, she said, and some agencies may not be used to the type of oversight she says she’s trying to provide.

“Is it because of our age difference or gender difference,” she asked. “I have no idea. Or my personality or style? I really can’t speak to that. I just know there’s some differences.”

She is expected to face trial in May 2022. If found guilty, McGuiness could face up to 13 years in jail. She has pleaded not guilty on all charges.

Despite calls for McGuiness’s resignation or suspension by legislators and advocacy groups, the auditor has committed to remain in office and continue working.

The auditor alleges that DHSS has failed to demonstrate that it effectively screens Medicaid applicants before approving or denying benefits.

Her findings came during the annual Single Audit, which examines agencies tasked with administering federally funded programs. Included in the audit are the Departments of Health and Social Services, Education, Transportation, Labor, Natural Resources and Environmental Control, as well as the Delaware National Guard and Office of Management and Budget.

In releasing the 16 overall findings from the most recent Single Audit, McGuiness pointed out that five of them were repeat findings – and that all of the repeat findings involved federal programs administered by DHSS.

DHSS has refused to comply with the data requests, so for her first time as auditor, McGuiness exercised the subpoena power granted to her under Delaware law.

“Instead of complying with my data and access requests, DHSS has chosen to fight over this in court,” McGuiness said.

That court battle, McGuiness has argued, could invite serious conflicts of interest because both the auditor and DHSS usually use Department of Justice lawyers in court cases.

“If you and your neighbor were having a legal argument over an adjoining fence, you’re not going to go to the same firm and you’re certainly not going to go to the same attorney,” McGuiness said. “So there’s a conflict. I think that speaks to a larger issue, which is that we are supposed to be an independent agency overseeing the other agencies so we’re always going to run into a conflict.”

She emphasized that she’s not trying to knock the Department of Justice. In other states with independent auditors, they retain independent counsel to avoid conflict or even the appearance of conflict, she said.

The General Assembly, many school districts, and even the Delaware Department of Justice have all retained outside legal counsel in the past, too, she noted.

Having that representation will help the auditor navigate complicated legal issues, such as the one that came up when she realized she’d have to subpoena documents from the Department of Health and Social Services.

Without a willing deputy attorney general or outside counsel to help draft the subpoena, McGuiness and her team had to do it on their own, something she said they didn’t know how to do and had to figure out using a number of resources, including internet searches.

During the last two years, McGuiness pointed out, Delaware has been the recipient of hundreds of millions of dollars in federal relief.

She now plans to “get an attorney and move forward” with her audits — and she has no plans of stopping that any time soon.

Asked if she plans to seek re-election in November, McGuiness said, “Absolutely.”