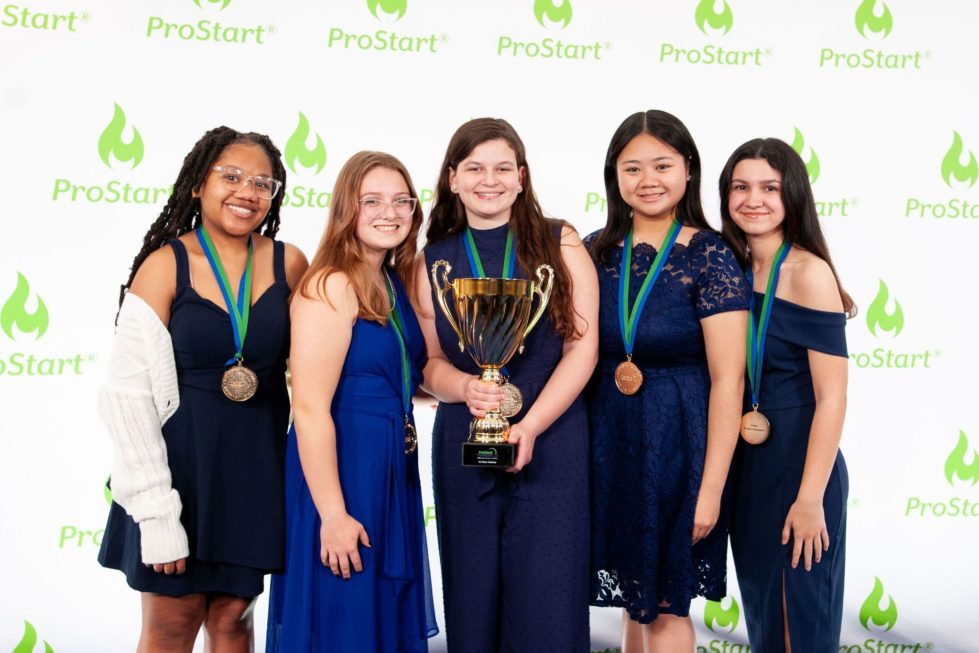 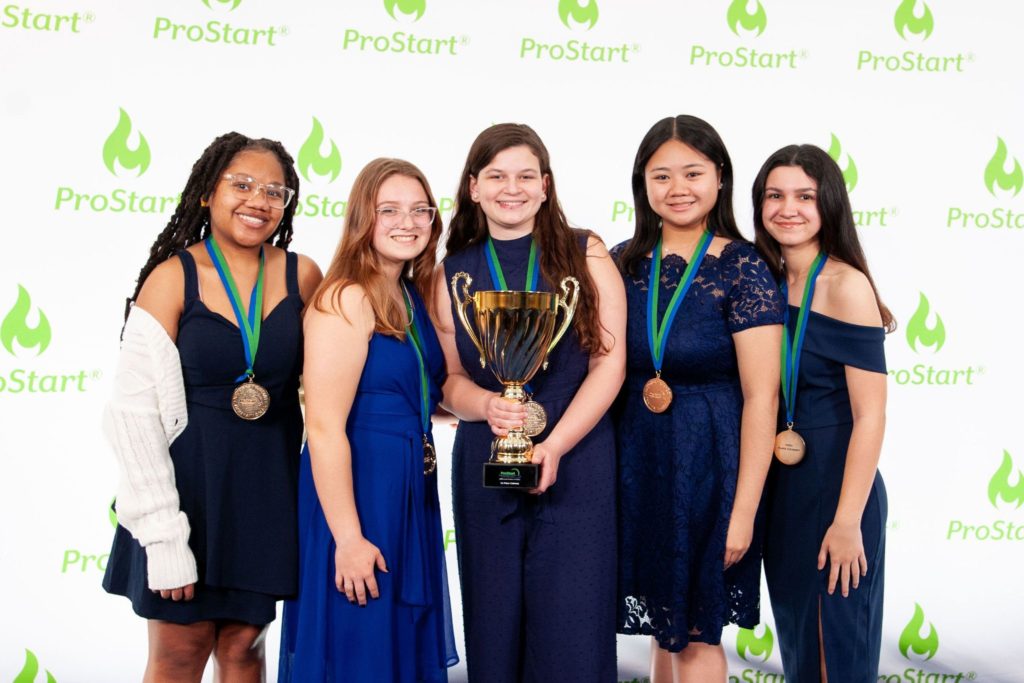 A hint of salt, a dash of pepper and a big spoonful of victory and cash for Caesar Rodney High School’s culinary team, who bested 80 other teams throughout the country at the National ProStart Student Invitational in Washington, D.C.

Each chef earned a $7,000 college scholarship.

Teams had to make a three-course meal, and 60 judges scored them based off the following:

The teams were also judged on menu costing, which required the chefs to whip out the calculators.

“They have to turn in a book that itemizes every single item that was used in the course and what it costs to actually make the item,” said the team’s instructor Terri Senn, a family and consumer science teacher. “Then using food cost percentages, they determined what would be an appropriate cost to put it on a menu for.”

With just 60 minutes on the clock, each culinary team received two eight-foot tables and two burners – no running water, no electricity.

“So any kind of recipe they come across where it says to marinate for 24-hours or chill in the refrigerator for two to four hours, wouldn’t be possible,” said Senn.

This was their winning menu, which featured flavors from France, Italy and Greece: 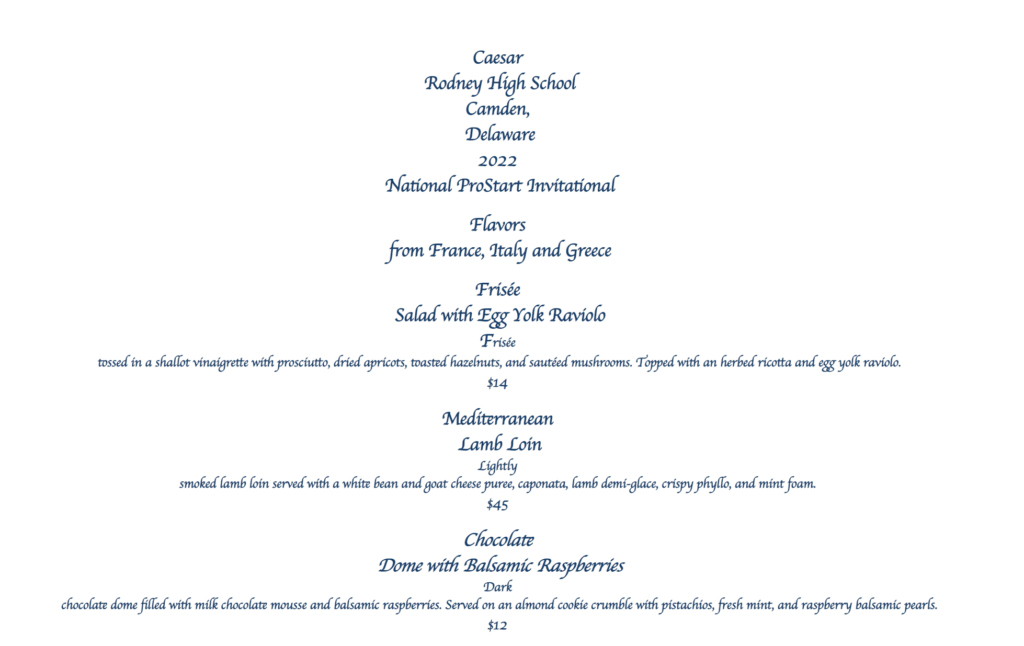 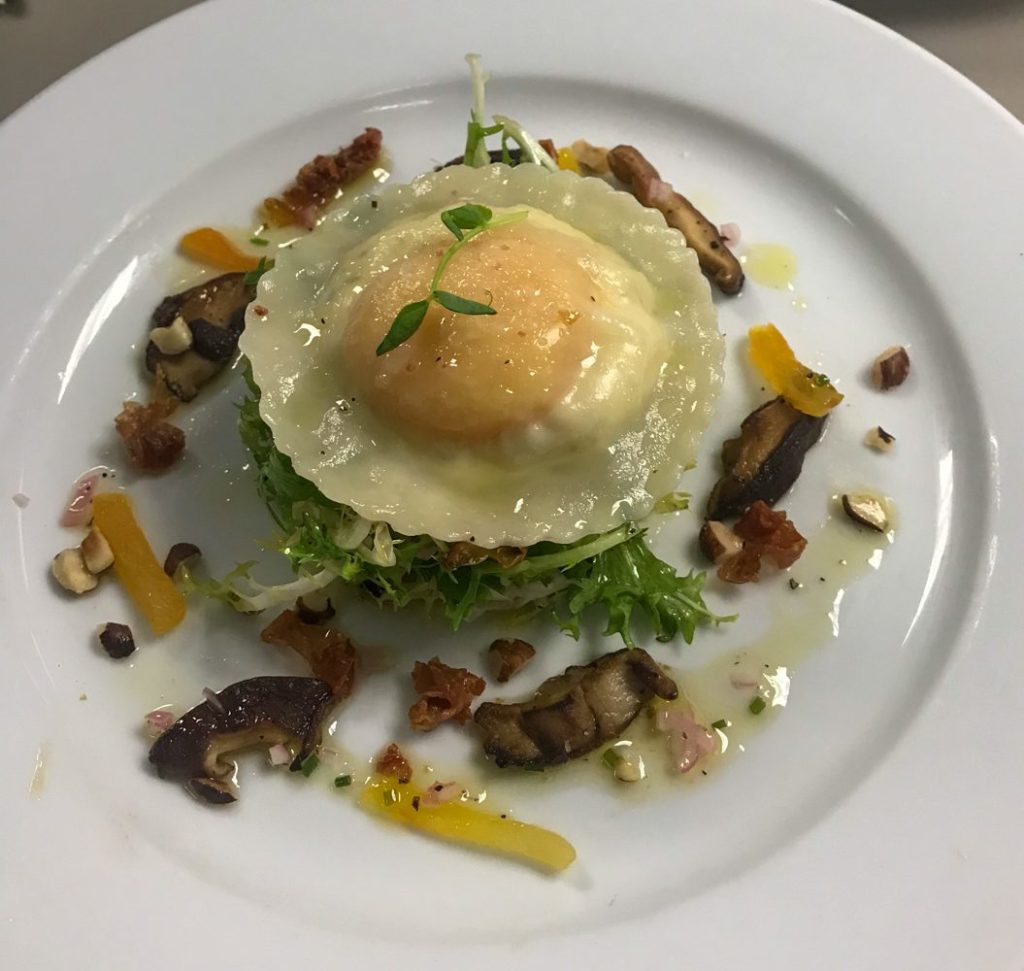 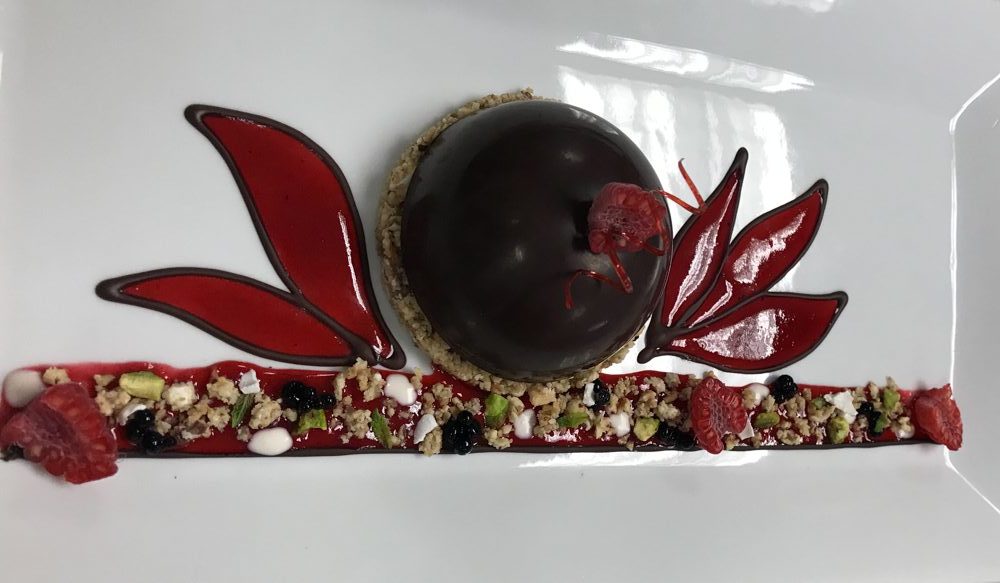 The brigade de cuisine was brought together eight months ago, as the chefs are part of the culinary and hospitality pathway at Caesar Rodney.

Career pathways are something students can elect to pursue. They’re offered so students have the opportunity to immerse themselves in a concentration of interest, and possibly earn early college credits, industry-recognized credentials, and work experience while still in school.

The team initially practiced two or three times a week for a couple of hours, said senior Morgan Fitzhugh, who will be attending the Culinary Institute of America after she graduates.

In preparation for the national competition, however, the chefs practiced every day of the week for multiple hours.

“We researched different topics and then came together to test one thing one day and the next day it’s gonna be a completely opposite and different idea,” said senior Caitlin Hernandez, who will also attend the Culinary Institute of America. “We jump off each other and pick ideas and then put them all together.”

Sierra Maull will be pursuing a career as an English teacher after graduation but said she appreciates what the culinary pathway has brought into her life.

The team from Caesar Rodney won the state competition in 2019 and finished 15th in the national competition that year.

They also won the state competition in 2020, but this was the first national competition since 2019 because of the pandemic.

Coach Senn eats, breathes, and lives all things food, she said, and being able to share this passion with her students makes her feel abundantly fulfilled about her job. Their achievement in competitions is just the cherry on top.

“When I see that spark in a student and I see it ignite and I get to help fan that flame and watch them grow and watch them blossom like these young ladies have,” she said, “it means everything.”