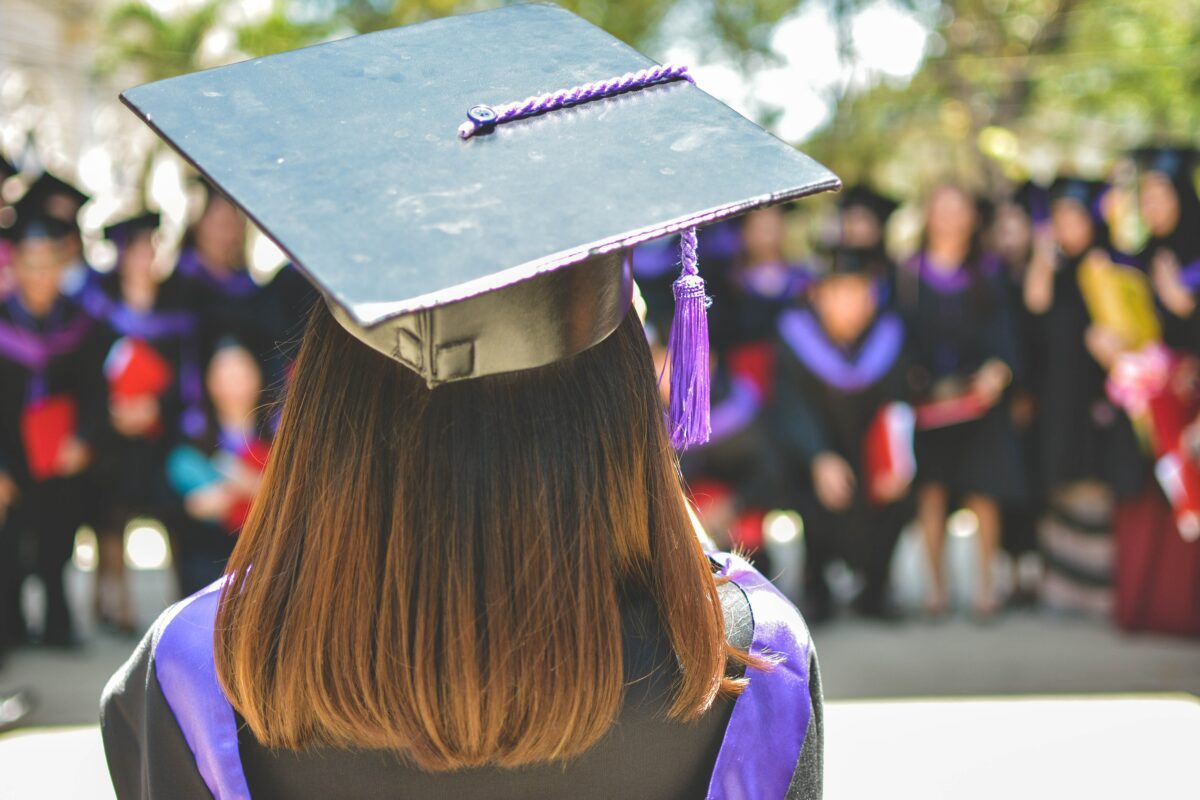 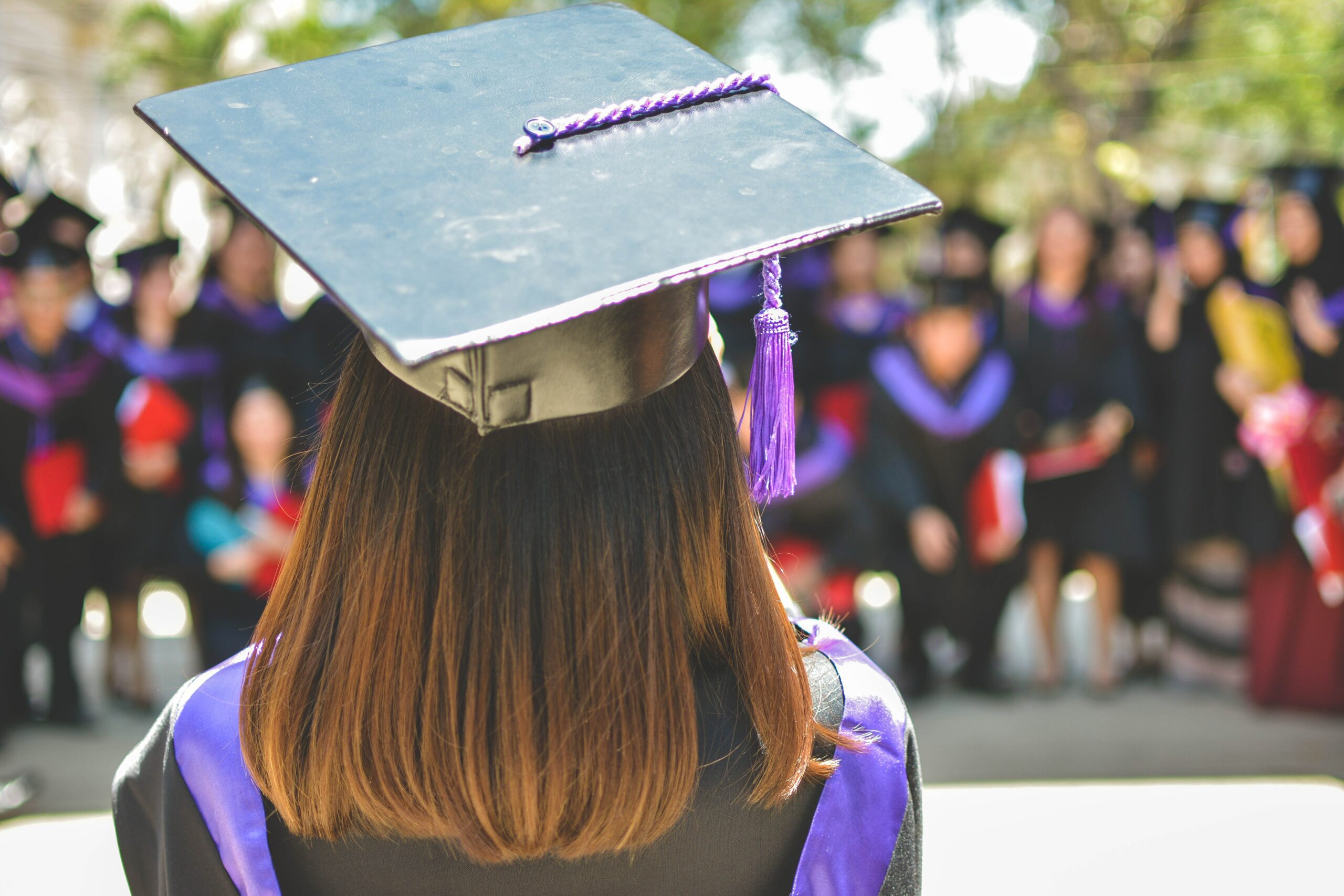 Boost ’22 is a five-district, joint effort to help every senior in the city’s limits graduate high school.

Boost ’22, an initiative to raise graduation rates among seniors in the city of Wilmington, resulted in 88% of those seniors crossing the graduation stage last May, nearly 20% more than 2015.

The initiative is a joint effort of five school districts, used one-on-one tutoring and mentoring, college visits, counseling services and more to make sure 435 out of 496 city seniors earned their diplomas.

That graduation rate is higher than the state average of 87%.

The results of the program were announced Monday night during the Redding Consortium’s Social Determinants Work Group meeting.

The consortium recommends policies and practices to the governor and General Assembly that will help bring educational equity and improve educational outcomes to students in northern New Castle County.

Brandywine, Christina, Colonial, Red Clay and New Castle Vo-Tech school districts agreed in January 2021 to make it a goal to have every city senior in each district graduate.

Boost ‘22, the name the districts settled on, benefitted from a previous program led by Colonial Superintendent Jeff Menzer.

He had implemented a dropout prevention plan at William Penn High in 2012 that resulted in a graduation rate jump of 9% and a dropout rate fall of 6.3% in the decade that followed. 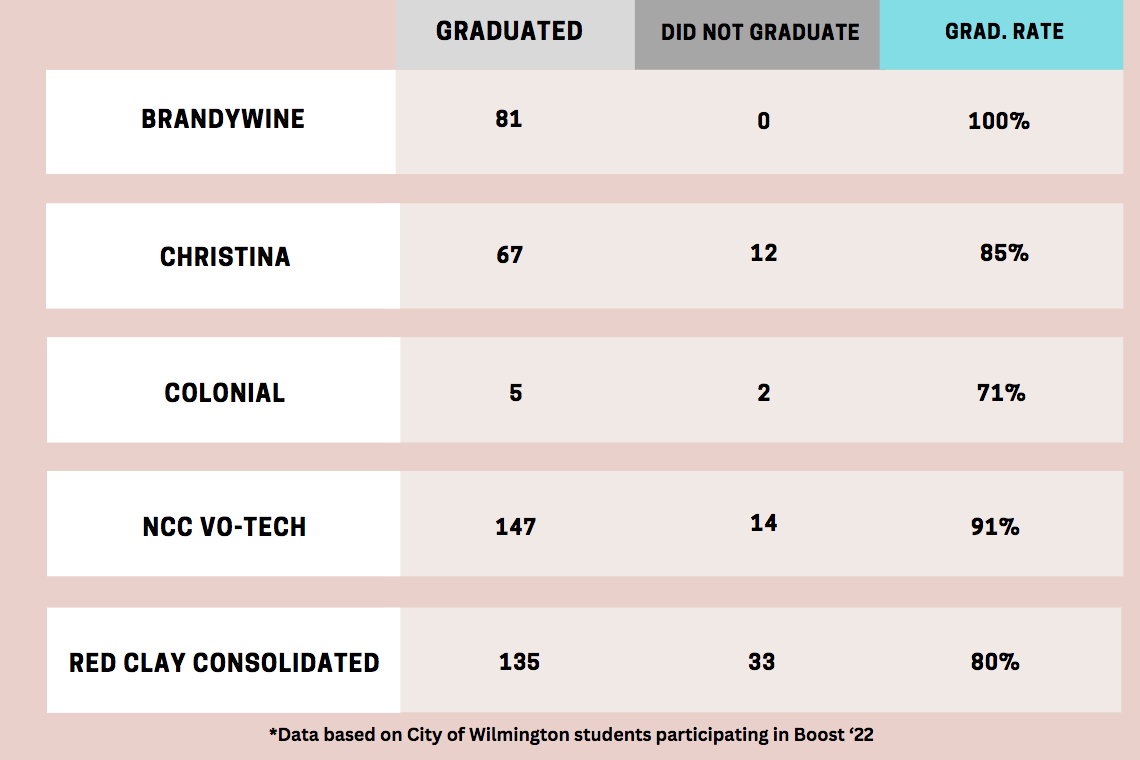 “We were committed to sharing, collaborating and working together to make sure those students got across the stage ready for the next stage in life,” Menzer said. “Each district brought a different set of resources to the table and we shared those resources as much as we could to dedicate resources to students in the City of Wilmington, regardless of where they go to school.”

As Menzer did in improving graduation rates at William Penn, he hired workers from Communities in Schools, a national nonprofit that works inside public schools to help at-risk students to help with Boost ‘22..

The other districts followed suit.

The role of the workers is to be a support mechanism for the students, while also being mentors and providing help to individuals who might be struggling either academically or behaviorally.

So, they can help negotiate between a struggling student and a teacher, but also help the student get behavioral or practical help, such as food.

A few of the districts also hired a designated graduation coach from Communities in Schools, to specifically help struggling students in an all-hands-on-deck effort to help students earn their degree.

Because underserved and at-risk families tend to move around a lot, Menzer said the Boost ‘22 initiative had the University of Delaware geotag every student who lives within the city limits. That was organized the addresses into a database so the districts could easily identify which students to target.

The districts have now agreed on a Boost ‘26 program, which will start with this year’s freshman class.

Menzer would like to streamline the tagging process for all the ninth graders.

Focusing on ninth graders allows the districts to intervene before students reach 18, which is the age Menzer says they are adults, act on their own and might be harder to reach.

Districts in Boost ‘26 will be taking a year-to-year approach with the current class of ninth graders.

“The goal is to get them to 10th grade in one year,” Menzer said. “This year, they’re going to be academically successful in ninth grade and get to the 10th grade. If you can get to 10th grade, your trajectory is more likely to finish your senior year and graduate.”