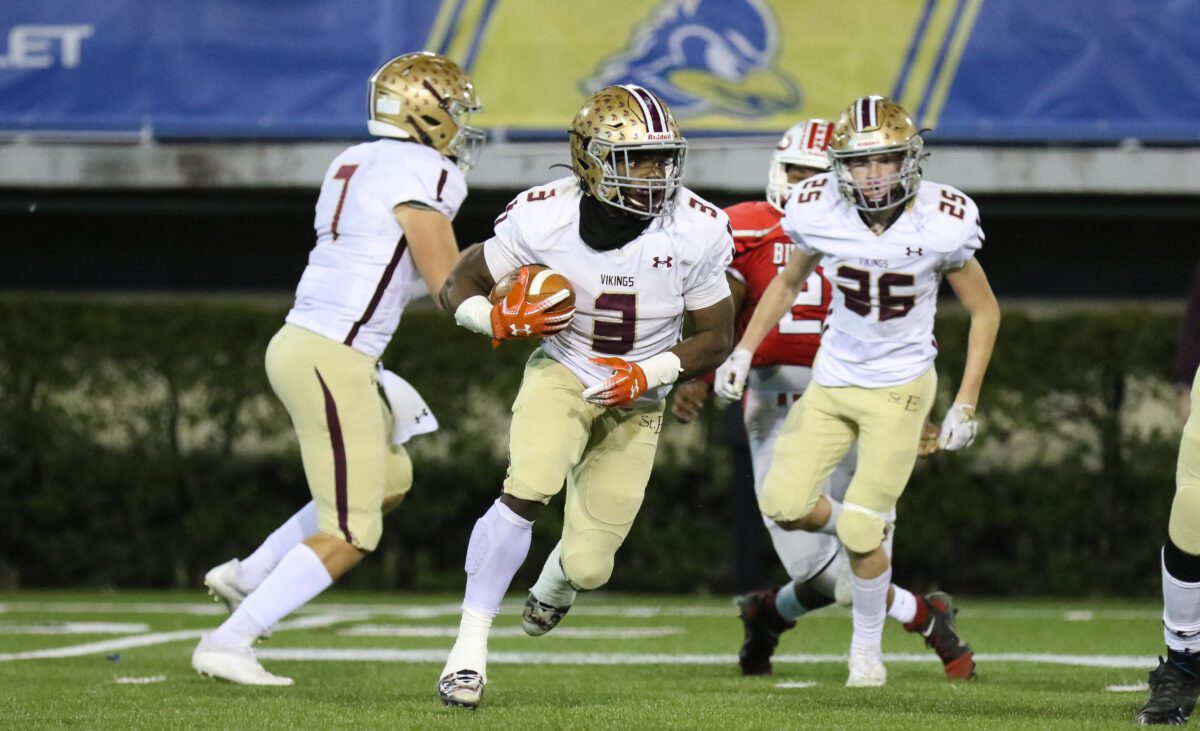 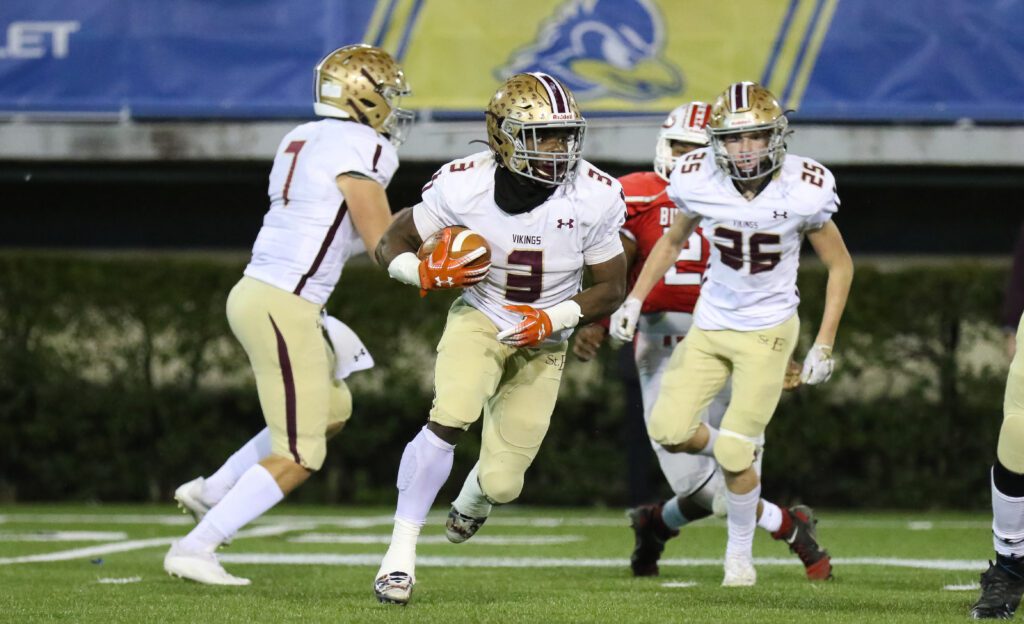 St. Elizabeth football running back Quasim Benson rushed for 5 touchdowns in the win over Charter, photo courtesy of Donnell Henriquez

The game featured two undefeated 1A teams as the No. 2 St Elizabeth Vikings hosted the No. 3 Charter School of Wilmington Force. Both teams came into this game with identical records at 7-0. The Vikings remain undefeated with a big win on their homecoming night.

Senior Quasim Benson led the Vikings to a 48-10 victory over the Force. Benson put the offense on his back as he rushed for more than 300 yards and five touchdowns.

On the first play to start the second quarter Benson struck for his third touchdown of the game. He took the handoff up the middle and again went untouched for 65 yards for the score as he lifted St Elizabeth to an 19-0 lead. Midway through the second quarter Benson cracked the goal line for a fourth time on his shortest scoring run of the day as he punched it in from eight yards out for a 26-0 lead for the Vikings.

After four Benson touchdowns the force were able to break the shutout. Charters quarterback Roman Paoli rolled right and connected with Brady Harach for a 43 yard tou, who carried a defender the final few yards into the end zone touchdown putting the Force on the board 26-7. On the ensuing kickoff the Force converted a successful onside kick at the Vikings’ 43.

The Force were able to drive the ball down to the Vikings eight yard line. But the Vikings defense was able to keep them out of the endzone for three plays forcing the Force to kick a field goal. Charters kicker Kyle Guarneri made a 27-yard field goal bringing the score to 26-10.

Still in the second quarter Benson scored his fifth and final touchdown. He took a handoff off the left side going down the sideline and it seemed like the Force was going to stop him as they had three defenders in front of him but he was able to stop, cut back infield then cut back to the sideline making all the defenders miss for a 47 yard touchdown run. The Vikings now led by a score of 33-10.

With .37 left in the second quarter someone other than Benson scored for the Vikings. Mikey Downs took the hand off to the right from 4 yards out to conclude the scoring for the first half as St Elizabeth led 41-10.

Unofficially the Vikings had 342 yards rushing yards to go with 6 touchdowns. Benson accounted for 305 yards and five of those touchdowns.

Mikey Downs scored the lone touchdown in the second half giving him his second touchdown of the game and St Elizabeths a 48-10 victory.