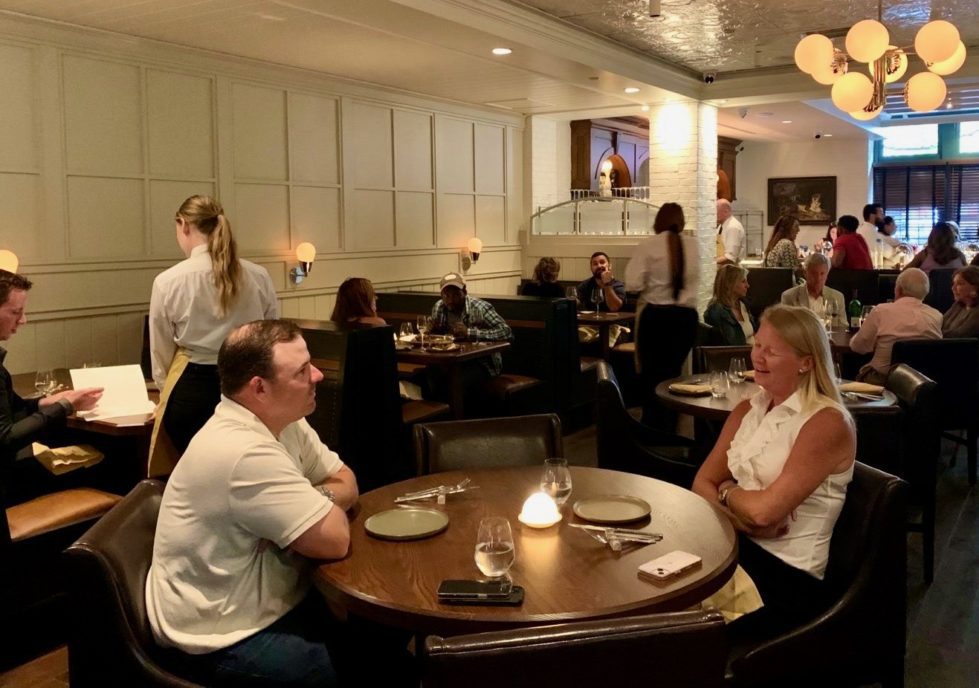 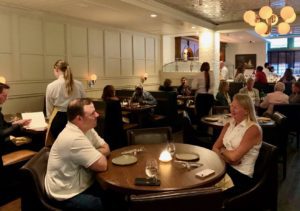 Bardea Steak is still waiting on its dining room furniture to arrive, but that didn’t stop the restaurant from filling up Friday night.

In any good story, the main characters face an obstacle or two.

In this tale, restaurateur Scott Stein and chef Antimo DiMeo, founders of Bardea Food & Drink in Wilmington, encountered more than their share while opening another restaurant.

These adversaries seemingly conspired to keep the partners from opening Bardea Steak, which DiMeo calls a “meat kingdom.”

But our culinary heroes have come out on top. After a soft opening this past weekend, Bardea Steak is now on Open Table. The wait is over.

“It was an awesome, amazing first weekend,” Stein said. “We crushed it.”

Customer Jane Goldberg would agree. “It was wonderful,” says Goldberg, who, with her husband Steve, is also a frequent customer at Bardea Food & Drink.

If you like to dine in Delaware, you’ve undoubtedly heard of Bardea Food & Drink. But just in case, here’s a recap.

The Market Street restaurant opened in 2018 in the building that once housed Kennedy Fried Chicken. At the time, Stein promised that the restaurant would “remaster the classics.”

A driving force in downtown Wilmington’s dining renaissance, Bardea Food & Drink was met with applause in Delaware — and beyond.

In 2019, the Delaware Restaurant Association gave Rising Star awards to the partners, and the James Beard Foundation named Bardea a semifinalist in the Best New Restaurant category for the mid-Atlantic region.

OK, not everyone is a fan. Some grumble about the noisy dining room and the service style. Many dishes are meant for sharing and arrive when they’re ready. (Never mind that the approach is perfectly fine in Asian restaurants or hip urban eateries.)

However, most customers appreciate Bardea’s cuisine, regardless of the buzz in the dining room.

National experts took note. DiMeo was a 2022 semifinalist for a James Beard award, and a segment on Bardea Food & Drink was on the “Today” show.

Buoyed by success, the partners dreamed of opening Bardea Steak, but once again, they wanted to smash the stereotypes and turn the steakhouse concept on its head.

Located near its sibling, the restaurant would be a mouthwatering mecca for carnivores craving more than the usual tomahawk or fat filet.

Then came the pandemic.

It’s challenging to run a restaurant, particularly one in Wilmington’s business district.

Frankly, the city has not always been kind to downtown establishments. More recently, residential development and a nightlife scene have upped the odds of success.

Regardless of the location, the menu and the service must drive the business, and Stein and DiMeo put in the work to overcome the usual foes that a restaurant faces. They were ready for the next act.

“We knew we wanted to do a steakhouse restaurant,” Stein said in 2021. “We conceptualized it and got all the plans and renderings complete by the second week in March 2020.”

But when the coronavirus sent Delawareans into quarantine, the partners wondered if they could hold onto Bardea Food & Drink, let alone open a new business.

By offering family meals, takeout and enhanced outdoor dining, they muscled through the early months of the COVID pandemic. They planned to open Bardea in early 2022.

But first, they had to cope with shipping and supply chain issues. Consider that kitchen equipment, décor, furniture — and the parts needed to make them — often come from overseas.

Bardea Steak is a 5,000-square-foot space whose decor must be as innovative yet elegant as the menu, which demands a high-tech kitchen.

Patience costs money, but there is no choice. The anticipation mounted.

The pressure is partly self-inflicted. The website landing page notes that according to Vogue magazine, Bardea Steak’s opening is “one of the most anticipated … of 2022.”

Stein and DiMeo smartly put Bardea Steak into a category of its own.

Simply put, it’s not your average steakhouse, a concept that evolved out of late 17th-century London chophouses that were only open to men. (Perhaps that explains the clubby atmosphere in steak-centric places like Sullivan’s.)

Bardea Steak is refined but “comfortable, much quieter than Bardea,” says Goldberg.

During the pandemic, the partners learned a lot about outdoor dining, and the alfresco sections are stunning.

As for the cuisine, DiMeo spells out his vision on the menu. He wants to do “what all other steakhouses” don’t do, such as featuring different breeds, animals and small farms.

The team tried more than 100 different steaks to narrow the list of providers, and no steak is from factory farms that produce the meat in high volume.

Bardea Steak has taken the time to educate the staff.

“We ordered with help from our waiter, Steve,” Goldberg said. A menu page explains the breeds; another tackles the cuts.

“It was more than enough, seasoned and cooked perfectly — an amazing piece of meat.”

Unexpected items include a turducken croquette, beef heart empanada and goat birria. Time will tell if some Delawareans can overcome their shock factor.

The menu also includes items such as skewers of elk with za’atar and black tahini, venison with a coffee-chile rub or ostrich.

Such meats were all darlings of the 1990s, and deservedly so. Many hope they will find new audiences in the 21st century.

The Bardea group has always dared to be different, and it’s paid off in the past.

They’ve also demonstrated that they can take what they’ve learned and move forward.

If that’s the case, tune in tomorrow.