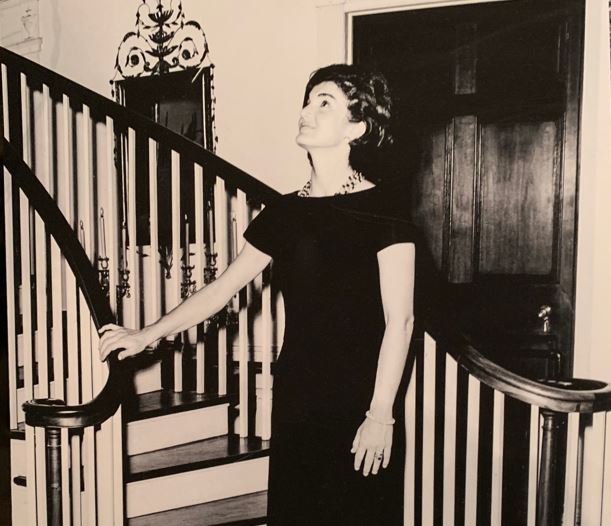 From golf pros descending on Wilmington Country Club, to new shows and amenities at area theaters and cultural institutions, to the latest restaurant moves, Delaware has a lot to look forward to in 2022.

With the end of the year fogged by a surge of COVID-19 testing and new cases, some of what happens may change depending on the spread of the coronavirus.

But as of now, here’s a baker’s dozen of things that are planned for the new year.

The former first lady will star in the big exhibit for 2022 at Winterthur Museum, Gardens and Estate. “Jacqueline Kennedy and Henry Francis du Pont: From Winterthur to the White House” will run May 7 to Jan. 8, 2023. It will follow the former First Lady and Winterthur’s founder in renovating and restoring the White House when John Fitzgerald Kennedy became president. Among other exhibits will be the dress that Jackie wore when she gave the television tour of the White House after the work was done. For more, go here. 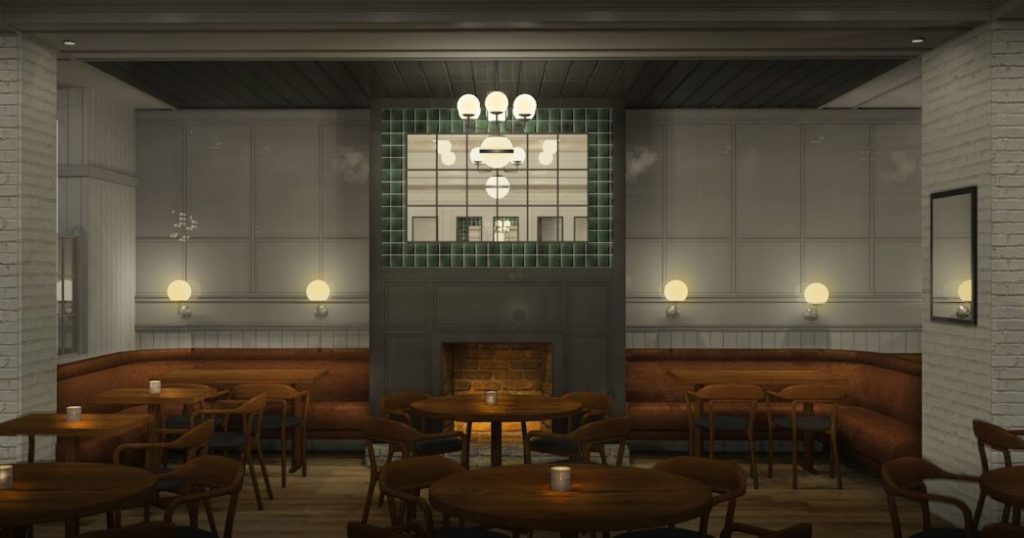 This artist’s rendering shows the inside of Bardea Steak.

Bardea Food & Drink plans to open Bardea Steak next door to its Market Street restaurant in early 2022. Co-owner Scott Stein had a merry time during the holidays showing diners what the inside space looked like — without walls and furnishes — in photos on his cell phone. The steakhouse will be its third dining spot. It also owns Pizzeria Bardea in the DECO Food Hall.

The pro golf BMW Championship is coming to Wilmington Country Club’s South course Aug. 16-21. The penultimate event of the PGA TOUR’s FedExCup Playoffs, the championship is selling tickets now, ranging from $85 for a one-day visit to $575 for a weekly ticket to the trophy club. Ticket prices will rise July 1, its website says. 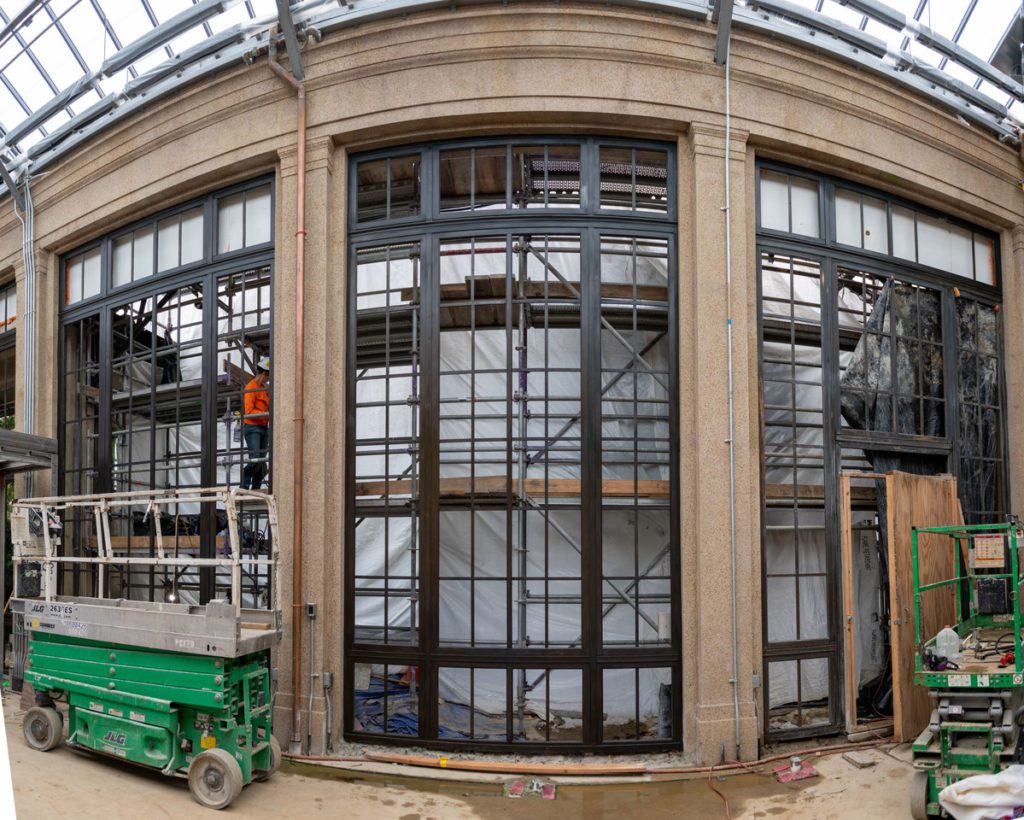 Longwood Gardens’ Orchid House is expected to reopen this winter.

As Longwood Gardens’ conservatory undergoes a $250 million renovation and reimagining expected to be finished in 2024, its revamped century-old Orchid House will open in winter 2022. Longwood said in a blog that it’s not only preserving this iconic space, but also expanding its display capabilities by returning to its original configuration. When open, up to 50 percent more orchids from the collection will be on display throughout the year under a new glass roof and in new custom trellises that allow more display points.

When  developers Buccini/Pollin Group finally opened Wilma’s, its duckpin bowling and cajun eatery combo, in November, the firm announced their next venture. Shuffle Libre will be a combination shuffleboard court and Cuban dining spot. It’s expected to open at BPG’s Residences at Mid-town Park. 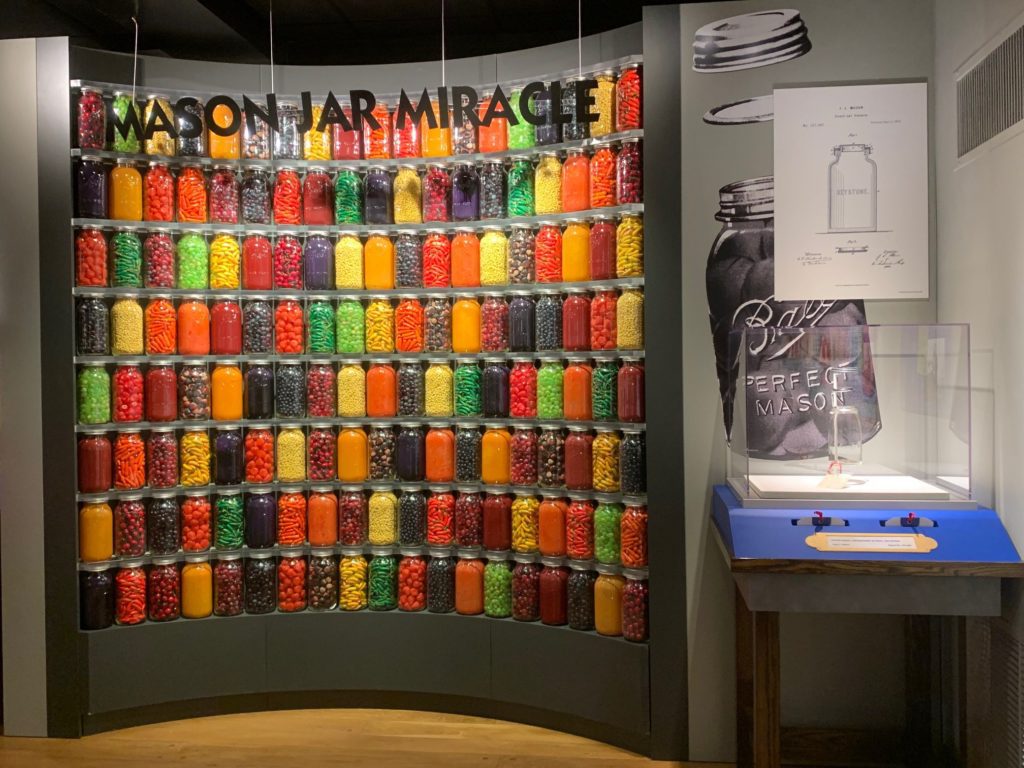 The Hagley ‘Nation of Inventors’ celebrates creators and their creations.

The September opening of Hagley Museum and Library’s new permanent “Nation of Inventors” exhibit was scotched by flooding when the remnants of Hurricane Ida came through. It’s now planned for spring 2022, although a firm date has not yet been set. The $2 million exhibit replaces one about the history of the DuPont Corp. that was installed in 1957 in the visitors center. This two-floor exhibit celebrates the inventors and their products that made America great in small and large ways.

More than 23 months after being closed for COVID-19, the University of Delaware’s Resident Ensemble Program plans to return to the indoor stage Feb. 24-March 13. Since March 2020, its performances all have been online. The first show will be “Blue Door” by Tanya Barfield. It’s a look at issues of identity, race and the impact of the past on the present that are triggered when an American mathematics professor’s white wife announces she’s leaving him because he won’t attend the Million Man March. The REP’s box office will reopen in January. The theater is monitoring the current COVID-19 surge and could adjust plans if opening seems like a risk to audience members, staff or performers.

The popular Trolley Square restaurant is expected to expand into the Branmar Plaza Shopping Center, a move delayed by COVID-19 and the remodeling of the shopping center. It will be the second Kid Shelleen’s Charcoal House & Saloon and is expected to open in the spring. 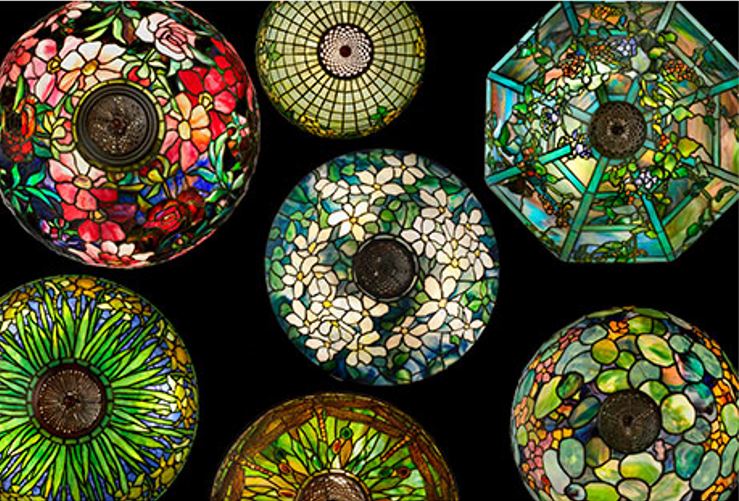 The Delaware Art Museum will host a look at Tiffany glass in “Louis Comfort Tiffany: Treasures from the Driehaus Collection,” running March 12 to June 5. It will feature 60 objects, including windows, lamps and vases made of leaded and blown glass. Tiffany’s love of the natural world inspired floral-themed vases and lamps, delicate vegetal candlesticks, and dramatic landscape windows.

“Other World: A New Musical,” which will play at the Delaware Theatre Co. Feb. 23-March 20 isn’t your typical DTC fare. The season’s third show, it’s a new musical that played once at a Bucks County, Pennsylvania, theater before the pandemic closed performing venues. The show, which features a large cast and all kinds of special effects, is expected to go into rehearsal in New York in early January, although organizers are watching what’s happening with COVID-19. The story follows two people who are pulled into a computer game and must rely on each other and those they meet to stop the game from shutting down. Costumes and set design will be by the Weta Workshop, which won Academy Awards for “The Lord of the Rings” and “Avatar.” For tickets, go here.

Rosenfeld’s, Big Fish but no Goat

Rosenfeld’s Jewish Deli and a Big Fish Market will move into the space vacated by the former Goat Kitchen and Bar and a nearby site in Brandywine Hundred’s Plaza III  in winter 2022. It will be Delaware’s fourth Rosenfeld’s. The market has two other iterations. 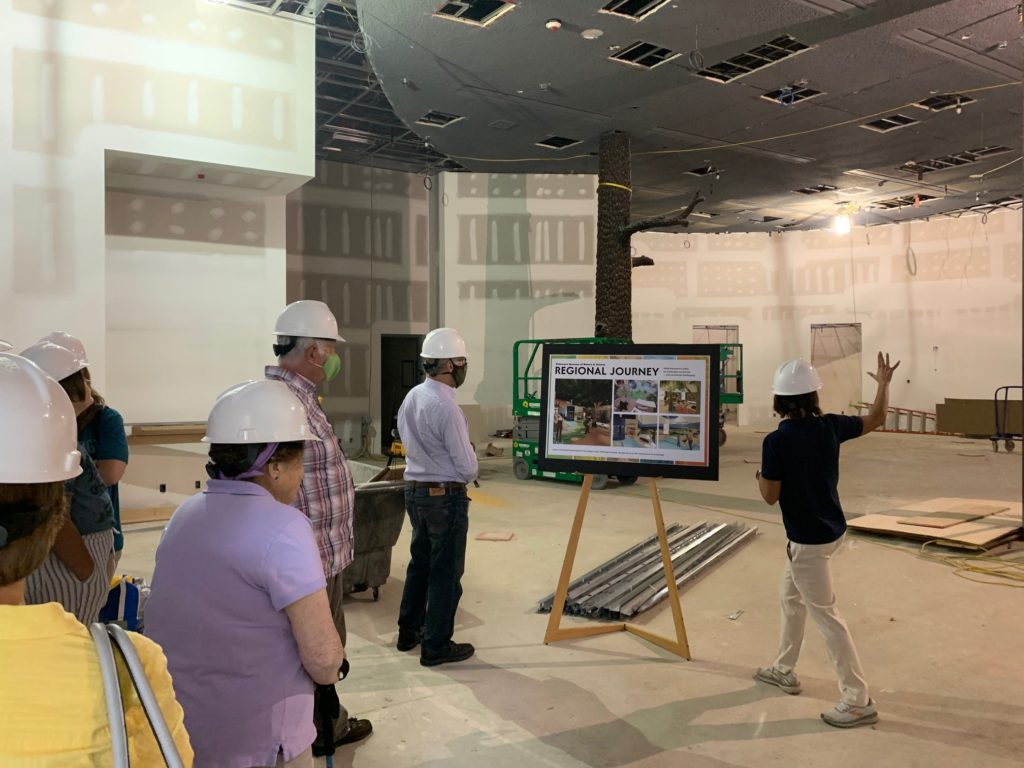 One area of the renovated Delaware Museum of Natural History will focus on the state itself.

Mt. Cuba Center’s new 7,700-square-foot sustainable greenhouse is expected to be finished for winter 2200. The greenhouse is part of a project that includes a new Woodland Glade garden, welcome center and guest parking lot to open in Spring 2022. The greenhouse will rely on solar power, geothermal heating and cooling, and rainwater harvesting to help it run sustainably. Materials used in the building were chosen for their low-carbon qualities and to enable people-friendly and sustainable design.