Longwood Gardens today announced a $250 million plan to rework its signature conservatory and nearby acreage.

The centerpiece of Longwood Reimagined: A New Garden Experience is a new 32,000-square-foot glasshouse. The project also calls for relocating the Cascade Garden into a new 3,800-square-foot glasshouse; creating an outdoor Bonsai Courtyard; building a public restaurant and private event space; and, this being Longwood, lots of landscaping.

Other elements include construction of a education and administration building with a library and classrooms; expansion of the West Terrace overlooking the fountains; renewal of the Waterlily Court; and preservation of six historic glasshouses, to be relocated at a later date and used for year-round garden displays.

“Longwood Reimagined will be the largest undertaking in our history,” Longwood CEO Paul B. Redman said in a statement. 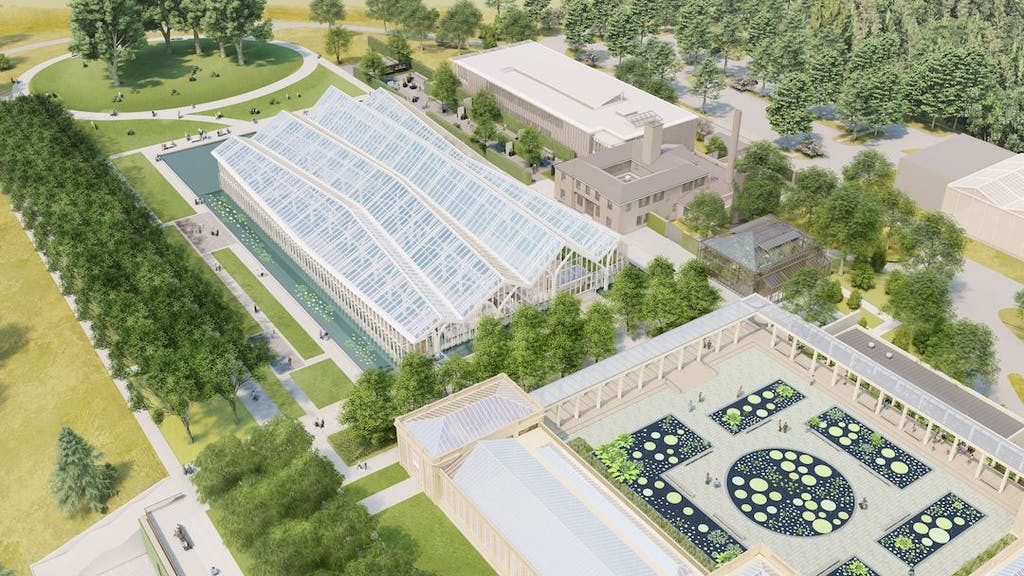 An aerial view of the project. (Longwood Gardens)

The move drew hundreds of comments on its Facebook page, mostly positive. A typical one, from Toni Steigerwald: “Exciting! I can’t wait for the opening, as well as our freedom to explore more after Covid.”

The project covers 17 acres, with the new glasshouses almost an acre, and is focused on the West Conservatory. The Orchid and Banana houses will close on March 1 for preservation and will reopen in time for Longwood’s 2021 year-end holiday display. The Main and East conservatories will remain open throughout the project, which starts this spring, and Longwood will continue to host events and performances.

Longwood is joining several other major cultural institutions in the region that are rethinking and renovating. The Delaware Museum of Natural History is closed while it is reworking its exhibitions to become the Delaware Museum of Nature and Science. Hagley Museum is closed for utility work, and it is turning its Visitor Center into a Nations of Inventors, showcasing its collection of patent models. The Brandywine River Museum of Art is closed through June for facility upgrades. And the Delaware Art Museum is reimagining its galleries as well.

“This new West Conservatory with its asymmetrical, crystalline peaks seems to float on a pool of water, while the garden inside, inspired by the wild and cultivated landscapes of the Mediterranean, is conceived as seasonally changing islands set amid pools, canals and low fountains,” Longwood’s announcement said. Featured plants include aloes, laurels, blueblossom, Greek horehound, cypress and 100-year-old olive trees. 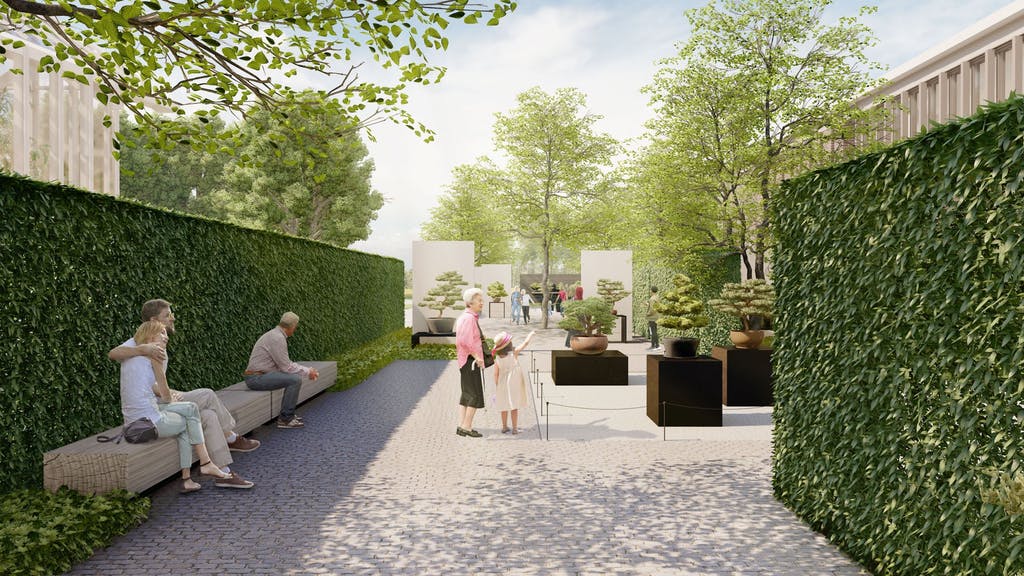 “The West Conservatory, with its pleated crystalline ridge, appears to float on water and is magically reflected by day and night,” lead designers Marion Weiss and Michael Manfredi said in the announcement. “The vaults of the new restaurant and event space are carved into the hillside to reveal views of the Main Fountain Garden. A new arcade frames the historic Waterlily Court, and the great Cascade Garden is sheltered in a custom-designed glasshouse.”

Elsewhere, designer Douglas Reed is emphasizing tree-lined walks, along with places for gathering and pause.