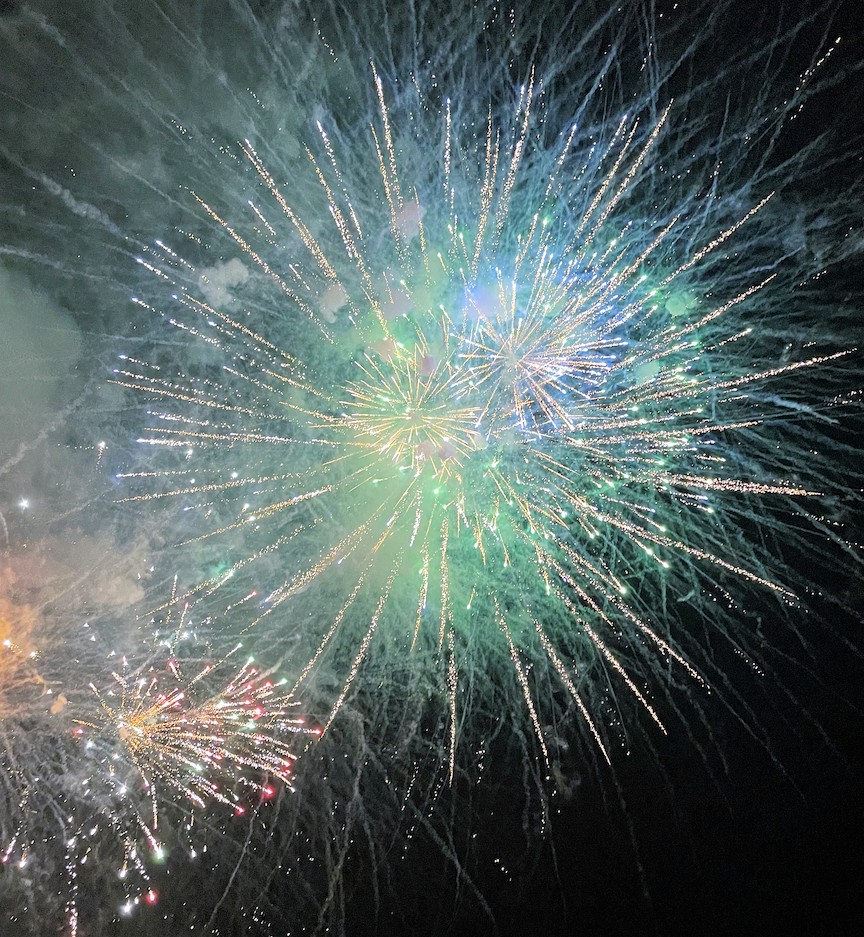 Most Delaware places known for Fourth of July fireworks and other Independence Day activities have announced their plans. Organizers consistently ask for people to arrive early and leave late, and the Delaware Department of Transportation warns that many events close roads, too.

Fireworks on (or near) the Fourth

Bethany Beach’s holiday celebration starts with a parade at noon July 4 featuring floats decorated with a “Timeless Bethany” theme. The parade will also feature bands, autos, bicyclists and pedestrians. Parade awards will be announced at the bandstand at 7:15 p.m., followed by concert at 7:30 and the fireworks at dusk.

“Yes we provide fireworks in Dewey (on Rehoboth Bay in front of northbeach) on the 4th of July,” businessman Alex Pires said. “Always on 4th of July.”

Dover’s Fourth of July Celebration on July 4 usually features a parade, music on Legislative Mall and fireworks. The parade starts at 6 p.m. at Hazel Road and follows State Street, with the reviewing stand on The Green.

The Hockessin Fourth of July Festival and Fireworks includes neighborhood relays in the morning, a parade in the afternoon and the fireworks at dusk on July 4. The fireworks can be seen all over Hockessin, the website says, with the main viewing from Swift Park, Piedmont Baseball Fields, Hockessin Library and Artesian Soccer Fields.

The day’s activities are led by Mike Smith and Mark Blake, of the Greater Hockessin Area Development Association. The parade and relays are returning for the first time since the pandemic, Smith noted.

They have also added a 5K for Fireworks run, on June 30 at the Hockessin Athletic Club, to “get people excited” about the holiday activities. The run will also raise money for the fireworks. “We’re looking for sponsors and donations to help us reach the goal of $15,500 needed to make it all happen!” the organizers write on their Facebook page.

They’re also pushing publicity toward Pike Creek and Newark, whose residents often attend the fireworks, to join in the neighborhood relays, he said.

Lewes’ Go Fourth fireworks will start at dusk on July 4. The Lewes Chamber of Commerce said children’s activities start at 9 a.m., and there will also be a boat parade.

Rehoboth Beach’s fireworks are set to begin around 9:30 p.m. July 3. The display will launch from the beach near Brooklyn Avenue.

The Smyrna/Clayton July 4th Foundation hosts Delaware’s oldest-running fireworks, at dusk on July 4, across from Smyrna High, with a parade that morning.

Wilmington hosts fireworks at 9:15 p.m. on July 4, with the best viewing locations in Tubman-Garrett Park and other Riverfront locations. Free activities begin at 2 p.m. at the park, including tours of the Kalmar Nyckel, art-making tent, pony rides, a petting zoo, live music, mini train rides, sports games, gardening and flowerpot-making, balloon art and face painting. Food and merchandise vendors will be onsite. Rain date is July 5 for fireworks only.

Fireworks at other times