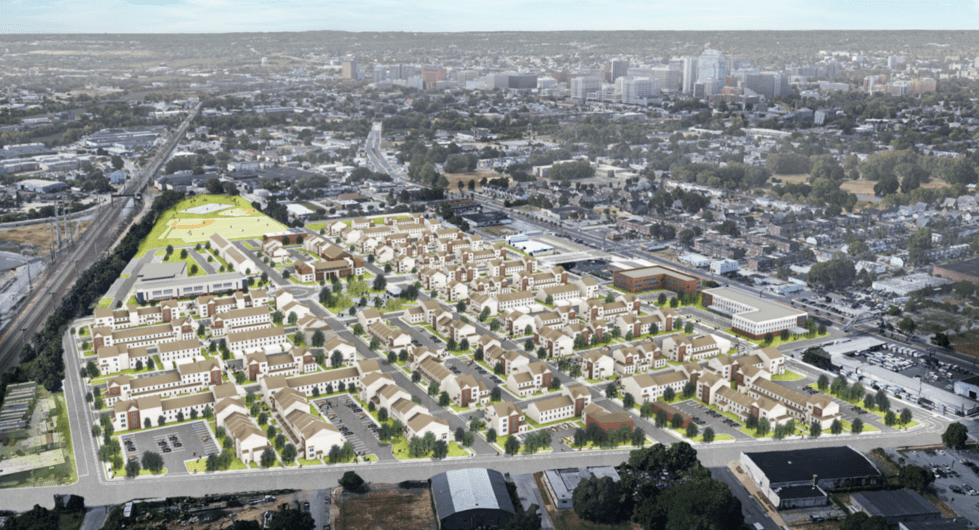 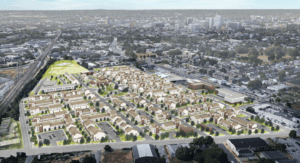 The funds come from more than $1 billion the state received from the American Rescue Act, a federal stimulus package aimed at hastening the economic recovery from the pandemic.

“This is what a redevelopment project should look like,” Carney said. “It’s a holistic approach to it that doesn’t just include new housing units, which obviously are critically important, but it also includes educational services from preschool to higher education, it includes social services, it includes health care.”

Carney said the investment would “supercharge and accelerate” the project and allow developers to complete certain phases of the project 5 or 6 years sooner than they otherwise would.

REACH Riverside is engaged in a public-private partnership to develop a “purpose-built community” that will include 600 high-quality, mixed-income housing units, according to the group’s website.

According to the organization, the purpose-built community is designed to create pathways out of poverty for the lowest-income residents and build a strong, economically diverse community.

When complete, the first phase of the mixed-income community will offer a 70-30 ratio of subsidized to market-rate units. Existing Riverside residents will be offered first-dibs on new units, according to REACH Riverside.

The organization will collaborate with the Wilmington Housing Authority, EastSide Charter School, the Kingswood Community Center, the Teen Warehouse and several other organizations to provide its comprehensive network of community services.

The organization’s plans focus on three pillars of revitalization which it says are “shown to have the greatest impact on long-term community health and well-being.”

The pillars include redevelopment, education and community health.

REACH Riverside’s CEO, Logan Herring, said the group puts the community at the forefront of everything they do.

“If you were to walk around this site and you do a hardhat tour you’ll see people that are reflective of this community,” Herring said. “We will continue to be heard, to bring equity and justice to our community until we need to be heard no more. And when that day comes, we will all rejoice.”

Herring noted that the project’s developer, DiSabatino Construction, has hired 12 new workers for this project in light of the investment.

U.S. Senator Chris Coons, D-Delaware, hailed the investment, calling it “a model for the country.”

“Where we stand right now is a place where over years, the vision has gone from a dream to a concrete plan,” Coons said. “And from a concrete plan to concrete in the ground. Nothing changes people’s lives like safe, sanitary, decent and affordable housing.”

REACH Riverside expects 350 of 600 homes will be complete within 2 years.