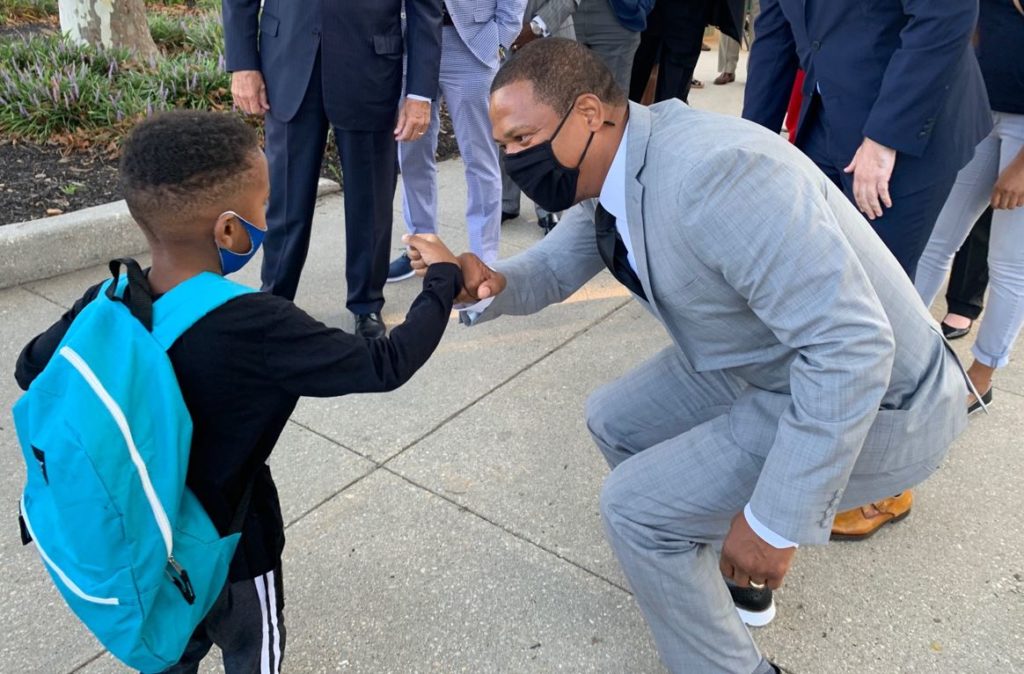 More than 40 teachers, politicians and members of the community gathered Tuesday to form a welcome crew for students returning to Eastside Charter School for the first time since March 2020.

The 483 students, mostly minorities, reacted in a variety of ways to being steered between the two lines of suited cheerleaders waiting to greet and elbow bump them on their way into the school doors: delighted, confused, shy, a bit frightened.

It’s the fifth year that CEO Aaron Bass has started the first day of school with a “Suit Up Show Up” honor guard.

Five years ago, he asked professional Black men to participate as an example both of support for the students and what they could achieve through education. He’s gradually widened the circle to include members of the community who want to encourage the students.

“It’s so important that children see the community rally around them,” Bass said.

That’s even more true now, he said, as the community deals with the pandemic, a rise in violence and the impact of flooding from the remnants of Ida. Two blocks from the school, streets were lined with piles of household debris from the flood. 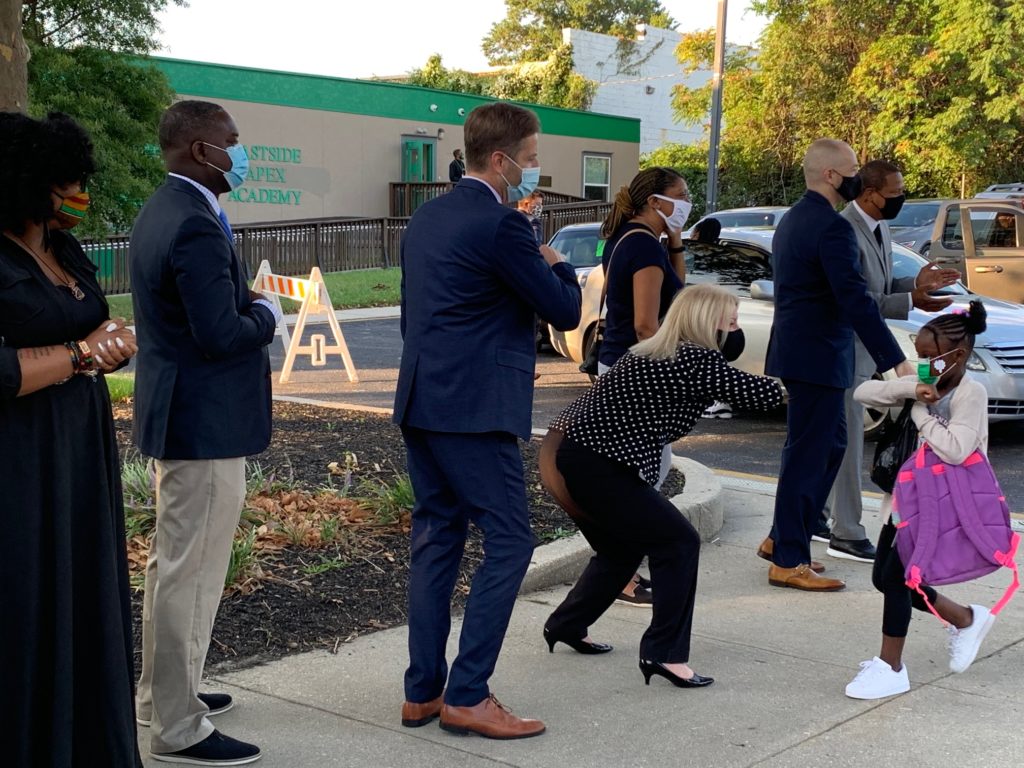 Purzycki said he couldn’t say no to such a great opportunity.

“If you just realize you’ve got all these little bright, bright potential magnificent citizens coming in,” Purzycki said, “I think they’re getting a little bit of love from the people who are supposed to be important. You know, they’re important.”

Lockman said she thought the welcome was a boost for the kids.

“But I think it’s probably even more of a boost for all of us just to be able to come out and support them, support the teachers, support great school leaders like Aaron, and, you know, just mark this turning point of the year where we’re back to school,” she said. “Things have been so haywire for so long … It’s nice to have a feel good moment in the midst of all of this.”

Former Judge Charles H. Tolliver IV, an Eastside board member, said he thought the traditional welcome was particularly important in the current environment.

“People care and people want to say have a good time, get an education, because that’s the only way out for anybody,” Tolliver said.

He thought Tuesday’s crowd of welcomers was equal to or bigger than the first year’s group.

Students milling around waiting for school doors to open at 7:30 a.m. were watching the guests greet each other and line up. 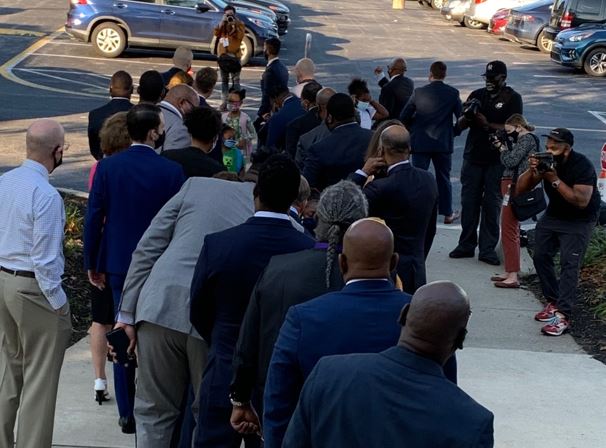 About 40 members of the community and Eastside board showed up to greet children returning to the building for the first time since March 2020.

Third grader Briasia Tann said she was happy to be back in person.

“I haven’t seen my teachers in a long time,” she said. She also said she was worried that her friends have forgotten her.

Quimere Williams said he was happy to be back, too. “It’s easier to do the work,” he said.

Quiaire Chambers, who is in sixth grade, said he wasn’t particularly happy to be back in the classroom. He really liked being able to participate in virtual classes from the comfort of his bed, he said.

Bass had a special guest Tuesday: His mother, Elsa Johnson Bass of Philadelphia, came to watch the official welcome for her 71st birthday.

Bass had surprised her the day before with an early birthday present, and she said she wanted to surprise him back.

“The community support is amazing,” she said.