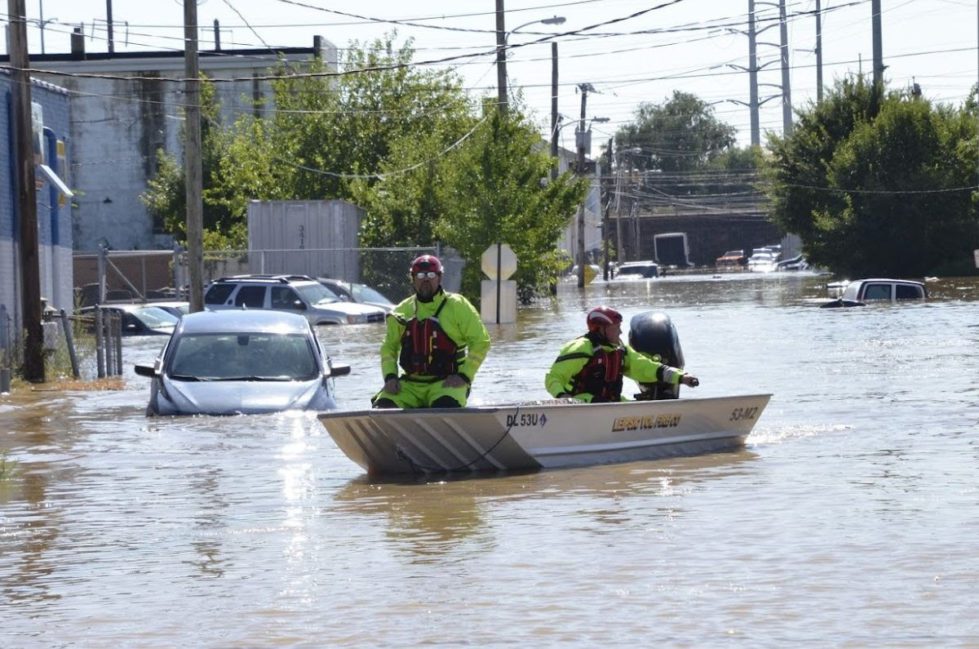 Updated: This story has been updated to include information about a disaster reception center Tuesday and continued canvassing of neighborhoods through the Labor Day weekend.

With the city of Wilmington under a state of emergency after Ida caused historic flooding, the city and many others planned to spend Friday assessing damage and cleaning away debris.

The city said Saturday morning that more than 250 homes and businesses had been affected and that it had already collected 55 tons of storm debris.

Friday night, officials announced that a Disaster Reception Center for Hurricane Ida Flooding will open Tuesday, Sept. 7, from 8:30 a.m. to 4:30 p.m. at The Warehouse, 1121, Thatcher Street, for people and businesses affected by the flood. Representatives from the governor’s office, Department of Emergency Management, Department of Health and Social Services and other organizations will be on hand to offer resources.

If possible, residents should bring:

In Wilmington, the Brandywine reached 23.14 feet Wednesday, more than 4 feet above its major flood stage, according to the National Weather Service. The flood waters reached a record depth, well surpassing the previous record of 20.43 feet in 2014.

Purzycki declared the city state of emergency by executive order Thursday evening. It authorizes the mayor and the city’s administrative departments to “take action to protect the residents of Wilmington when there is a risk to the citizenry due to a pending or active emergency.”

“Obviously this terrible storm has caused extensive flooding damage throughout the City,” Purzycki said in the press release. “The Brandywine River rose to levels not seen in a hundred years, and our first responders did a marvelous job today of ensuring that everybody was safe and protected.”

Purzycki lauded the city’s police, fire and emergency management personnel, who he said are working alongside county and state partners to “heroically assist those in need throughout a long and difficult day.”

While Wilmington has not yet attributed any deaths or traumatic injuries to the storm, there were a number of medical emergencies that resulted in people being transported to the hospital, according to Purzycki.

More than 200 people were rescued Thursday by the Wilmington Fire Department and partner agencies.

The city estimates that several dozen residents were displaced from their homes Thursday night. An emergency shelter remains available for those residents at the Police Athletic League on North Market Street. A second shelter, located at the William “Hicks” Anderson Reception Center was closed after many residents were able to return to their homes.

Residents seeking shelter are required to be tested by DPH for COVID-19 and masks are required for individuals over the age of two. Pets are not permitted within the shelter.

Brandywine Valley SPCA is working with DHSS’s Delaware Animal Response on a case-by-case basis to ensure evacuees are able to find accommodations for their pets, according to Linda Torelli, BVSPCA’s marketing director.

“We are offering services and people in need of help should reach out,” Torelli said. “It’s not a one-size-fits-all program and we’re finding that different people have different needs.” At least one dog has been placed under the care of BVSPCA by a displaced resident.

Residents and pets are not the only victims of the storm’s historic flooding.

The Teen Warehouse, a nonprofit focused on providing Wilmington youth the tools and opportunities they need to succeed in life, was flooded after just opening a few weeks ago.

“Right now, a large percentage of Riverside, including The Warehouse, are under water,” said Logan Herring, CEO of Teen Warehouse in a Facebook post Thursday. “My heart aches for our community members, who are currently being transported, and in some cases, ferried by boat, to safe locations in Wilmington. My heart aches for the individual losses experienced by our neighbors as homes have been ruined and personal possessions and keepsakes destroyed.”

While the Warehouse’s main building was spared the worst of the flood damage, an outbuilding was flooded. Now, WRK, the group behind The Warehouse, Reach Riverside and Kingswood Community Center, is using its resources to help the community recover.

“We’re still assessing the damage all around us and trying to position ourselves to help the community as much as we possibly can,” said Kristin Barnekov-Short, director of Economic Opportunity at Reach Riverside. “We’re going to be sharing information about how to deal with insurance companies should folks have flood insurance and if they don’t have flood insurance what they should do.”

Barnekov-Short said the waters have mostly receded, leaving behind mud and debris. She expects The Warehouse to be able to return to normal operations by next week.

Hagley Museum and Library, which sits alongside the Brandywine, also suffered extensive flooding.

“Hagley experienced historic flooding following Wednesday’s storm, which submerged our lower property roadways and penetrated some structures,” said Laura Jury, marketing manager at Hagley. “As the water recedes, we’ll begin to conduct a flood assessment to determine damage. The opening of Nation of Inventors is postponed, and the new opening date is yet to be determined.”

A city press release said the city, Division of Social Services and Delaware Volunteer Organizations Active in Disaster will continue canvassing affected neighborhoods through the Labor Day weekend to inform residents about processes for re-electrification, getting a new gas line, debris pick up, food delivery and emergency housing.

If your housing is unsafe, contact the Social Services Call Center: 302-571-4900. Deaf or Hearing-Impaired individuals can call 7-1-1 and give the Customer Service Call Center number.

As the city of Wilmington and Delmarva Power are trying to restore gas and power, thy told resident without utilities: