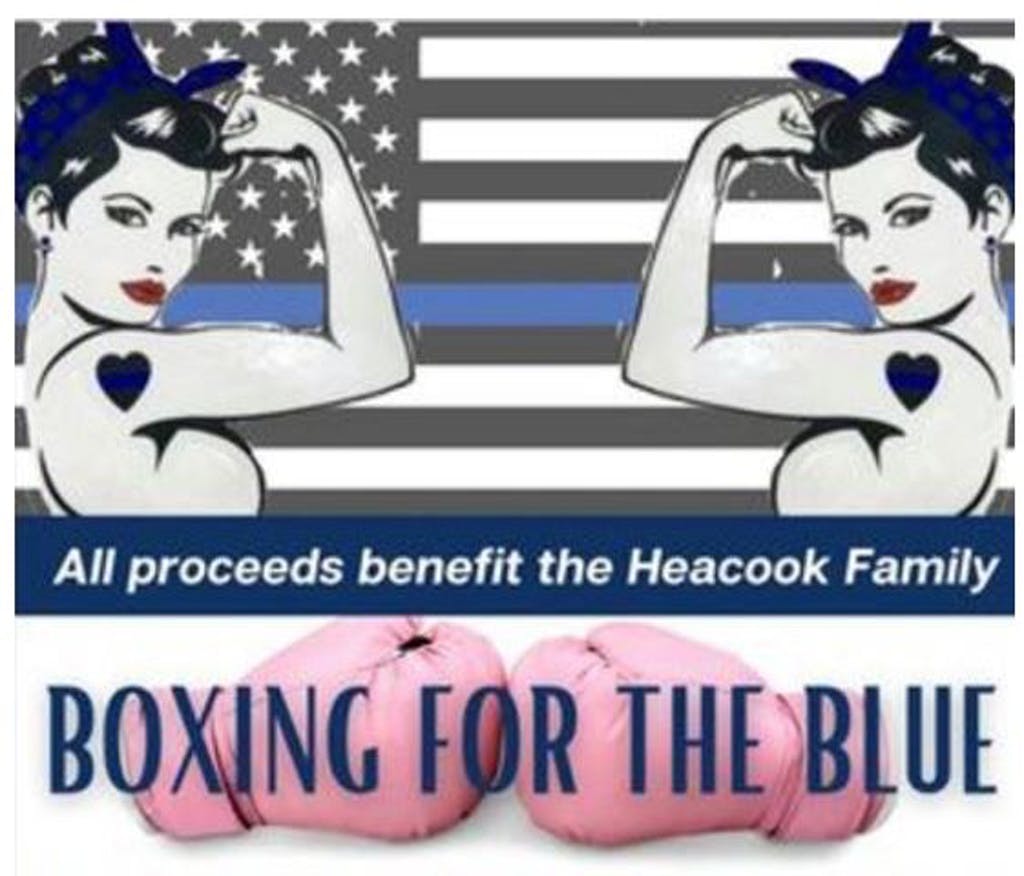 All proceeds of Boxing for the Blue will go to Delmar Cpl. Keith Heacook.

The wife of a Milford police officer shot in December is helping to organize a boxing fundraiser for a Delmar officer killed in the line of duty this week.

Amanda Webb’s husband, Milford Senior Cpl.  Timothy “TJ” Webb, was shot during an apprehension attempt in December and had to undergo surgery and rehabilitation.

Delmar Cpl. Keith Heacook, a 22-year veteran of the Delmar Police Department was brutally beaten by an assailant in Yorkshire Estates Sunday, April 25.  He was pronounced dead Wednesday about 12:30 p.m.

Efforts were not successful Wednesday evening to reach organizers or the fundraiser location to see if it will continue as planned.

An elderly couple, Steve and Judy Franklin, were also attacked. Mrs. Franklin was transported to Shock Trauma as well.

Randon Wilkerson has been charged with attempted murder, assault and more as a result of that attack. Delaware Attorney General Kathy Jennings said Wednesday night that his charges will be upgraded.

“We wanted to find a way to give back and support Officer Heacook’s family like we were,” Amanda Webb said before Heacook’s death was announced. “We are a strong community that uplifts and supports each other during difficult times.”

Efforts were unsuccessful to reach her for comment about whether the fundraiser would be canceled.

The Son of a Beach Barbecue food truck will be on site, as will the Schlabach Ice Cream Truck.

“We plan to have many raffle items to help raise funds,” Amanda Webb said.  “All proceeds will be to benefit Officer Heacock and his family.”

Anyone interested in purchasing boxing tickets can email [email protected] Both payments and donations can be made through Venmo using @boxingfortheblue. For those who cannot attend but want to provide assistance, they are also selling Hero tickets for $10.

“It’s been a hard time to be a law enforcement family during these times,” Amanda Webb said. “I know it meant the world to us to see the outpouring of support.”

Senior Cpl.  Webb spent a week in the hospital, and then two weeks in a rehabilitation facility, and then needed additional surgery.

He was named Milford’s 2020 Officer of the Year in March.