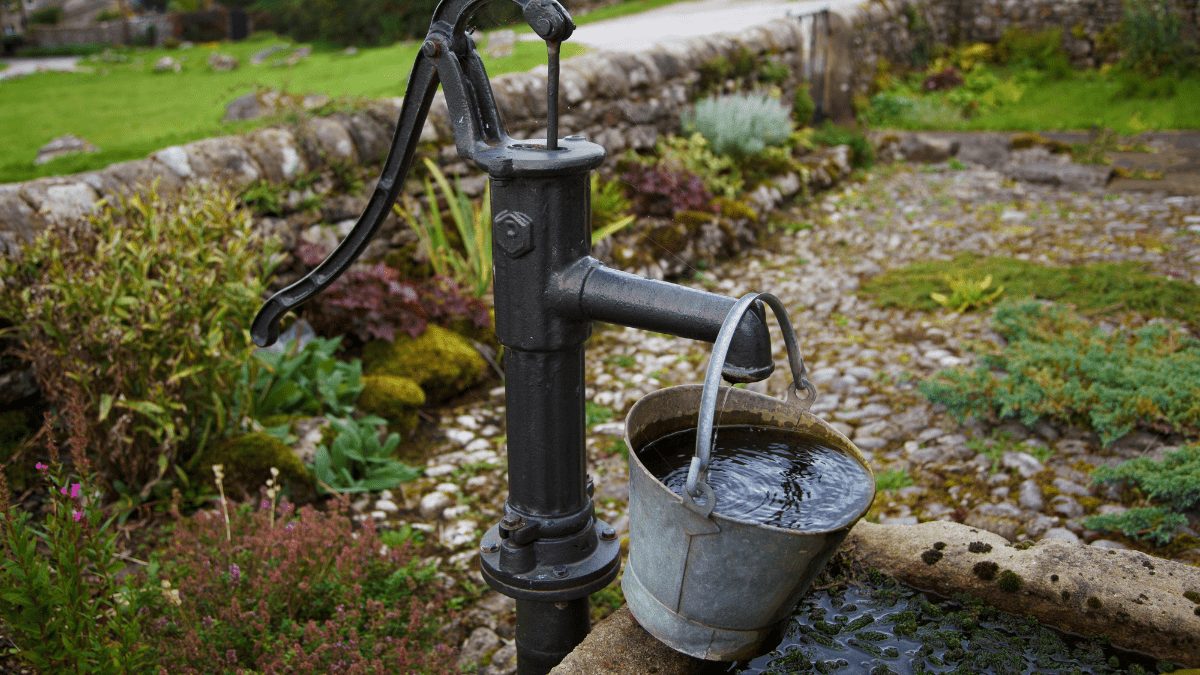 USGS has found PFAS in untreated well water across Delaware/Pixabay

The U.S. Geological Survey announced Wednesday that forever chemicals known as PFAS have been found in untreated well water throughout Delaware.

Per-and polyfluoroalkyl substances, or PFAS, are a group of more than 4,000 manmade chemicals used to make fluoropolymer coatings and products that resist heat, oil, stains, grease, and water.

According to the Centers for Disease Control, fluoropolymer coatings can be in a variety of products including clothing, furniture, adhesives, food packaging, heat-resistant non-stick cooking surfaces, and the insulation of electrical wire.

Many PFAS are of concern because they do not break down in the environment, can move through soils and contaminate drinking water sources, and build up in fish and wildlife.

The wells sampled by the U.S. Geological Survey all receive groundwater from the Columbia aquifer, which supplies water for more than 90% of the state.

According to the agency, researchers found a variety of types of PFAS in water from 16 of the 30 wells sampled in Delaware. One sample contained eight different types. Those that contained PFAS generally had low concentrations.

“Even though use of some PFAS have been banned, we found that the chemicals are still present in the environment,” said Betzaida Reyes, a USGS scientist and the author of the new study. “The Columbia aquifer is an important drinking water source for hundreds of thousands of people, and our research will help decision-makers and communities understand how PFAS are impacting the quality of some area groundwater.” 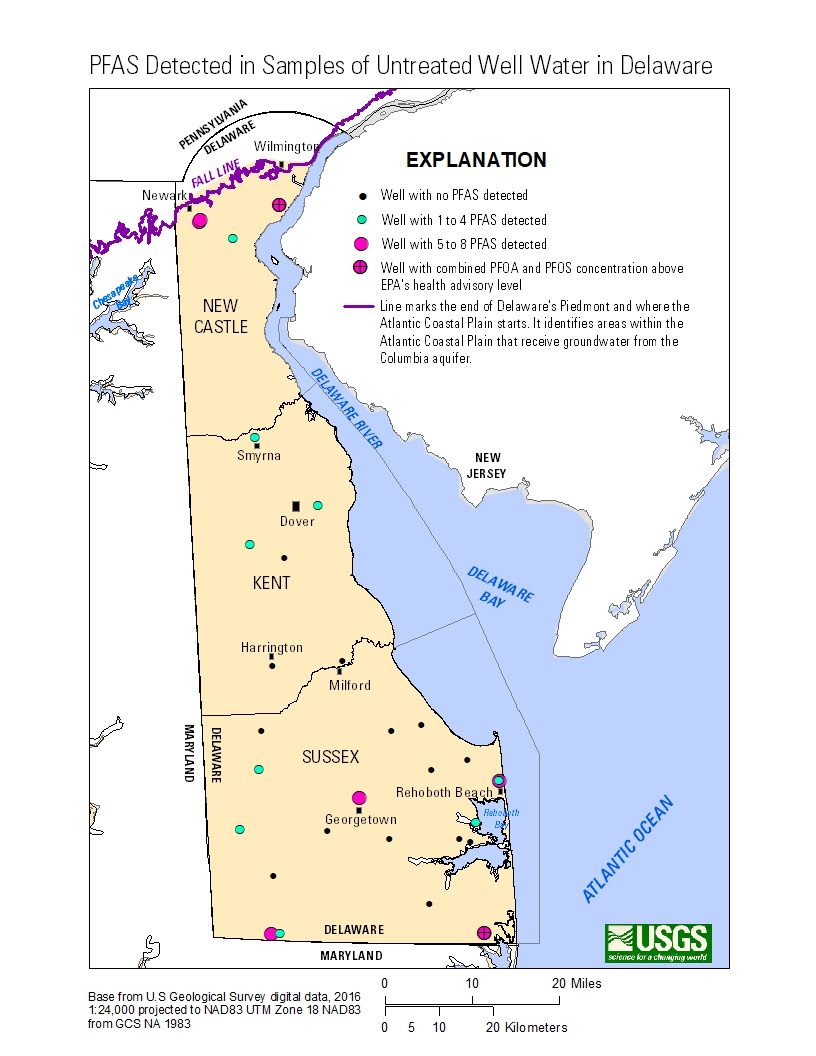 USGS map showing the number of PFAS detected in samples of untreated well water in Delaware that are supplied by the Columbia aquifer. The aquifer supplies groundwater to areas within the Atlantic Coastal Plain, which includes most of Delaware and portions of other states. The area of Delaware that receives groundwater from the aquifer is the Delaware Atlantic Coastal Plain, which is below the map’s purple line known as a “fall line.”

The EPA’s PFAS website highlights that scientific research indicates high concentrations of some PFAS may lead to adverse health outcomes in people, and that research is still ongoing to better understand the potential health effects of PFAS exposure over long periods of time, especially in children.

According to USGS, the wells sampled in Delaware with the highest number of types of PFAS detected were in New Castle and Sussex counties, with five to eight compounds found in each well.

Two wells — one in each county — had concentrations of two types of PFAS, perfluorooctanoic acid, known as PFOA, and perfluorooctane sulfonate, known as PFOS, above the Environmental Protection Agency’s advisory level for lifetime consumption.

“This USGS study is the first of its kind for Delaware, providing a comprehensive, baseline understanding of which PFAS are present and at what concentrations in well water throughout most of the state,” Reyes said. “We could not have done this work without the support of our partners and the property owners and water managers who gave us access to their property so we could sample wells.”

There are a variety of ways people can be exposed to PFAS.

“PFAS were used starting in the 1940s and although some have since been prohibited, they are a continued concern because they are long-lasting and have been widely used across the country,” the USGS said. “Sometimes called ‘forever chemicals,’ PFAS are not readily biodegradable and break down very slowly, and because of that can build up in people, animals and the environment over time.”

This is the third time since 2000 the USGS has sampled these specific wells – or a well in close proximity if the original well was no longer available – but it’s the first time they were tested for the presence of PFAS.

With PFAS being an emerging concern and focus for the state, 18 types of PFAS identified by the EPA as some of those commonly detected in drinking water were added to the list of select chemicals included in the most recent USGS study.

Sampling was done between August and November 2018.

The USGS conducted this study in cooperation with the Delaware Department of Natural Resources and Environmental Control and the Delaware Geological Survey.

According to USGS, both the DNREC and the Delaware Department of Health and Social Services continue their ongoing work to address PFAS in the state’s drinking water.

More information from the state, including how private well owners can get their water tested, is available here.