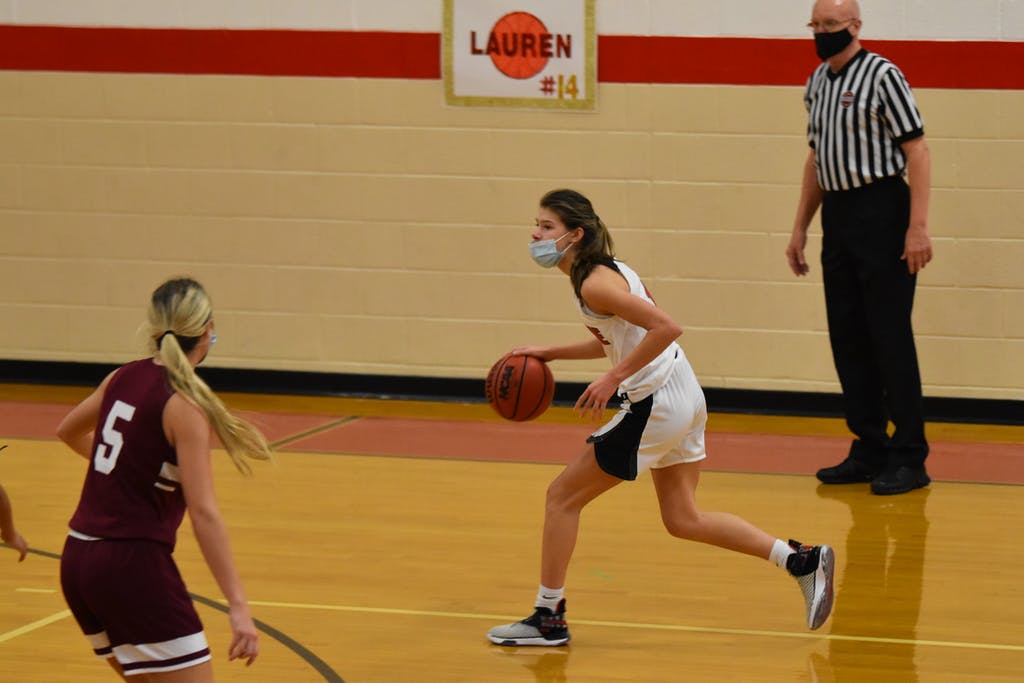 WILMINGTON — Ursuline went on an 18-2 run to open the second quarter, and the Raiders staved off Caravel’s spirited comeback attempt in a 56-39 win Wednesday night in Wilmington.

Caravel, the third-ranked team in Delaware according to Delaware Live/302Sports, took the early 4-0 lead thanks to a pair of field goals from Towson University commit India Johnston. The fifth-ranked Raiders roared back, with Emily Rzucidlo and Emma Raftovich spearheading the team’s offensive attack in the first half.

Rzucidlo did most of her damage from in close, but a three-pointer late in the first helped the Raiders to a 15-12 lead after one.

Ursuline’s rebounding and defensive advantages made the difference in the second quarter. The teams traded buckets to open the scoring before Rzucidlo took over, with a lot of help from her teammates.

Stellar rebounding from the likes of Hannah Kelly and Raftovich, along with stout defense, enabled Rzucidlo to score eight straight in the second within about a two-minute span before she assisted on a mid-range jumper from Raftovich.

Three-pointers out of the hands of Ella Gordon and Rzucidlo pushed the scoring run to 16 and the lead to 19, although the Bucs were able to shave five of those points off their deficit before halftime.

Ursuline’s shooters cooled off during halftime, and the Buccaneers saw an opportunity to get back into it. Johnston showed off her offensive prowess, hitting four field goals of differing lengths, and Julia Nask hit a pair of corner threes as Caravel cut the Ursuline lead to 41-35 with two and a half minutes left in the third.

But an eight-point Raiders lead after three only grew in the fourth as the Buccaneers struggled from the field. They were held to just two free throws by the stingy Raiders defense over the final eight minutes.

Rzucidlo led all scorers with 24. Raftovich had 14, and Gordon reached double figures with 10. The Raiders (5-1) will meet Padua on Saturday at 6 p.m. at the 76ers Fieldhouse as part of the SL24 Memorial Classic.

Johnston was the lone Buccaneer to reach double figures with 17. Nask had eight. Caravel (2-2) hosts Conrad on Friday at 6:15 p.m. 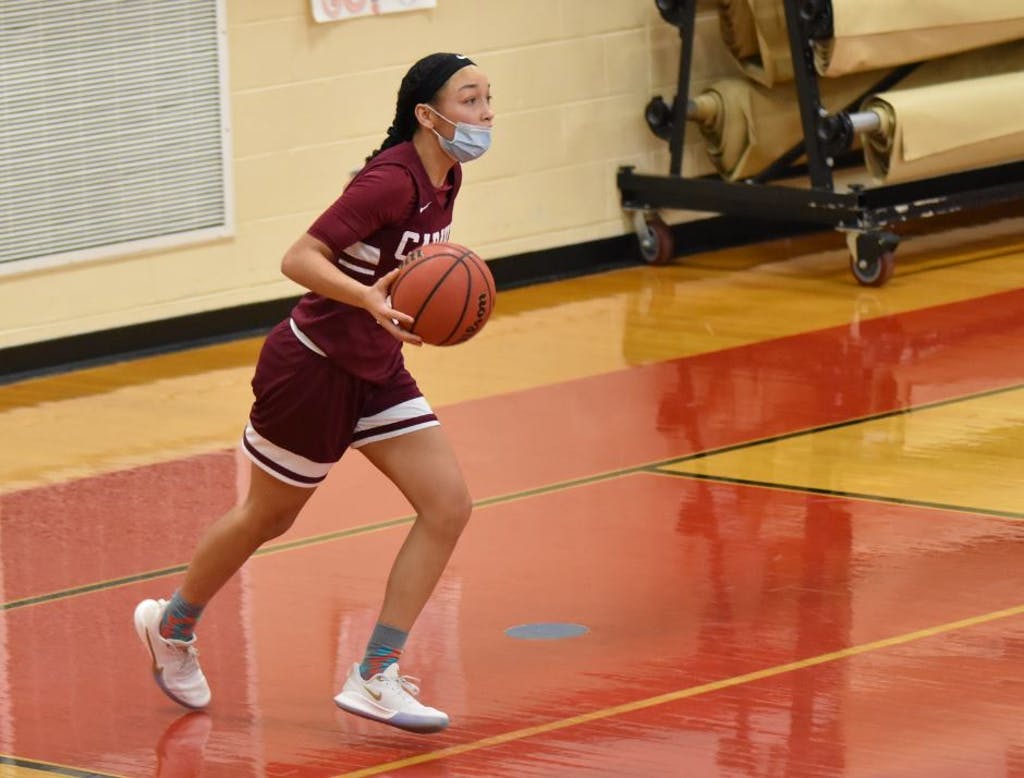