With the win, the Raiders improved to 4-1.

It was a fast-paced game with few fouls, but turnovers on both sides helped keep the score down. The Raiders turned their aggressive pressure defense into numerous offensive opportunities, with Rzucidlo and Hannah Kelley scoring all 10 of their first-quarter points from inside the paint. 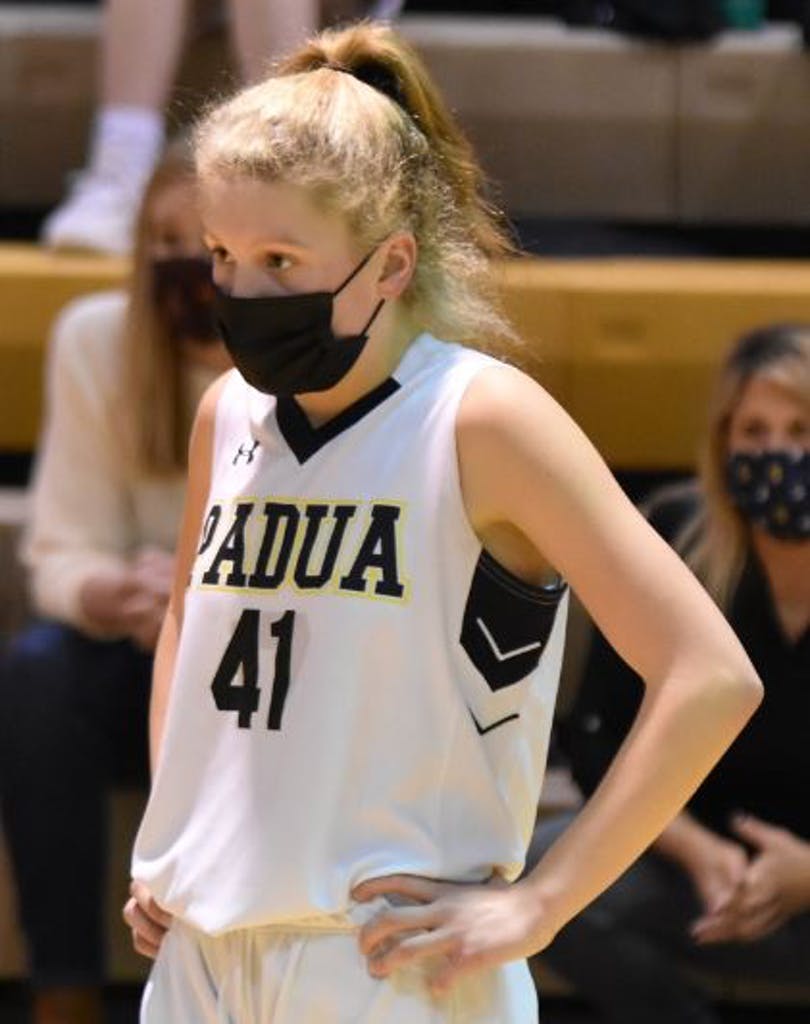 The Pandas, meanwhile, found few openings in the interior, and all five of their points in the opening eight minutes came on two field goals from Kate MacLennan.

The Pandas clawed their way back into the game in the second. Grace Trerotola found the range from three, and she added two other buckets to go with that one.

Natalia Frabizzio and MacLennan each hit from the outside, while the Raiders struggled with their own turnovers and cooled-off shooting. It was 19-18 Ursuline at the half.

The game turned in the third. Rzucidlo and Emma Raftovich scored on consecutive possessions at the outset of the third, but Trerotola answered from three-point land after a Pandas timeout. Those would be Padua’s only points of the quarter, however, and the Raiders went to work.

Their relentless pressure opened up several offensive opportunities, and the Raiders took advantage. 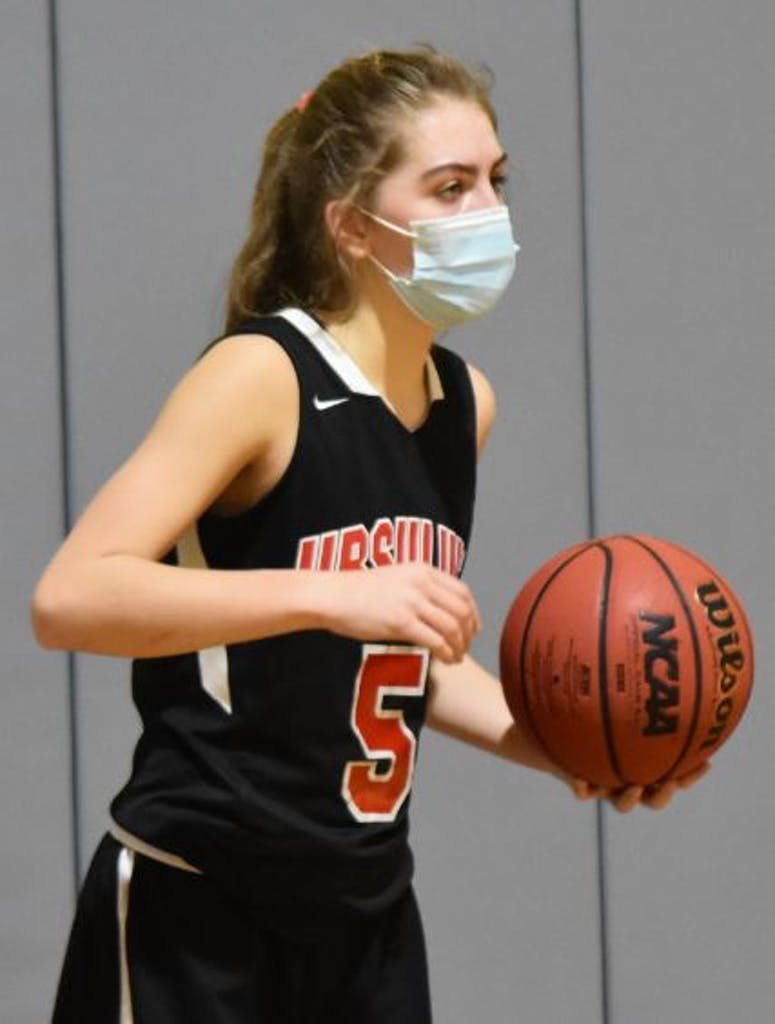 Ella Gordon fed Rzucidlo on a nice cut for a layup early in what would become a 15-point run that lasted about seven minutes covering a few minutes of the third and five minutes of the fourth.

Twice during the streak, Ursuline missed on chances for old-fashioned three-point plays, only to grab rebounds on the free throws and turn both into buckets, one by Rzucidlo toward the end of the third quarter and the other by Kelley in the fourth. Kelley’s follow made it 36-21, and another Kelley layup, this one in transition, accounted for the final two of the 15 straight points.

The Pandas did not quit, however, and Frabizzio got the team’s first fourth-quarter points on a layup. She and MacLennan each would add a three-pointer in the closing minutes.

Kelley joined Rzucidlo in double figures with 12. Ursuline improved to 4-1 and will take on Archmere in Claymont on Monday at 6:15 p.m.