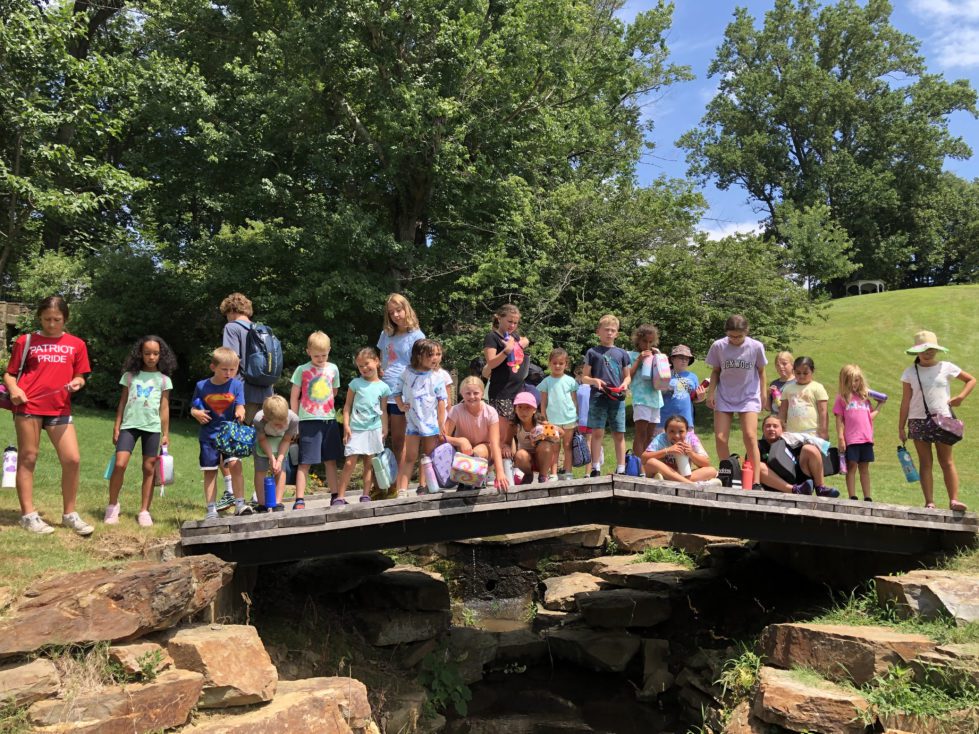 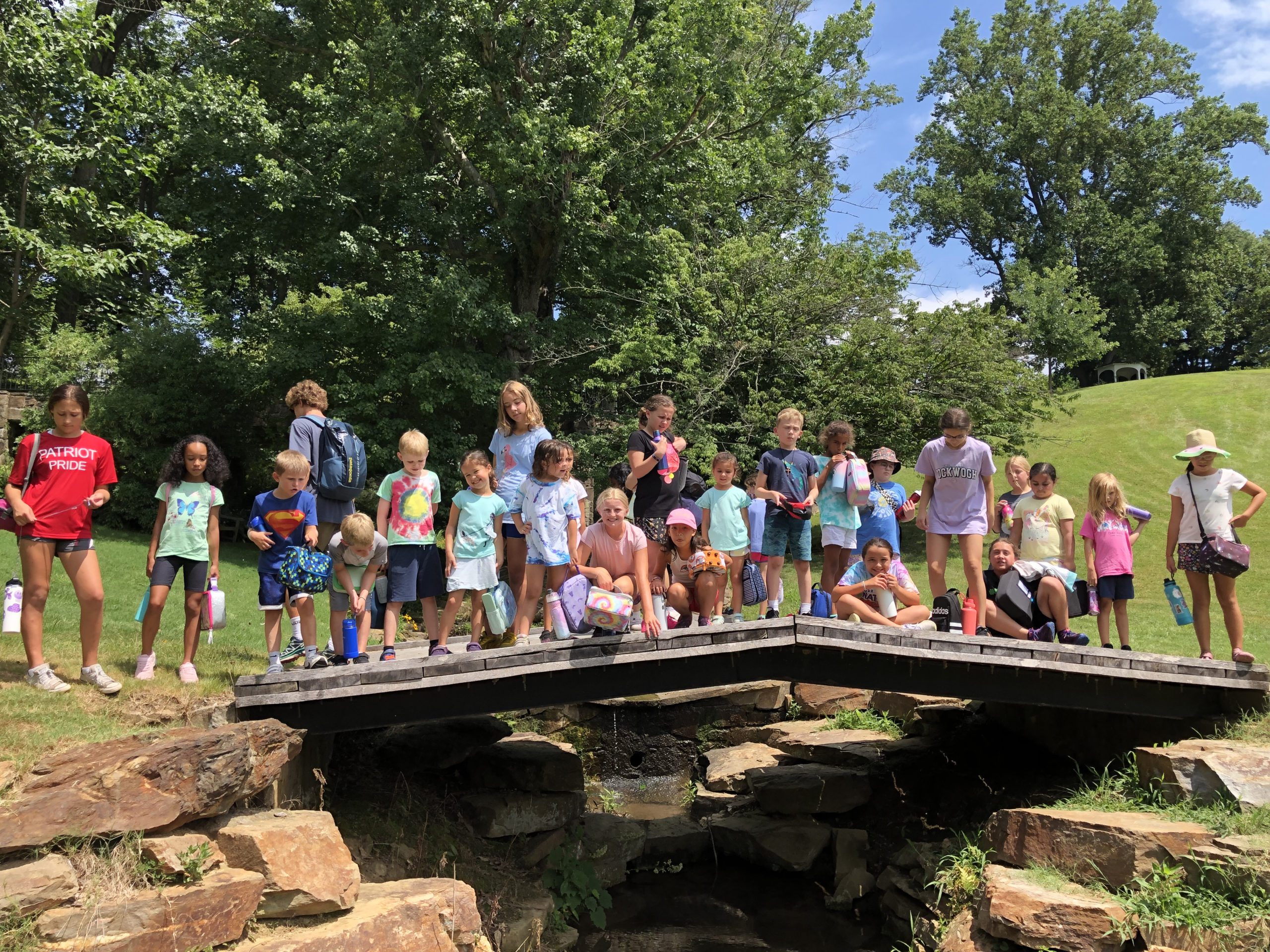 Ursuline summer camp offers a slew of different programs to meet the unique interests of every child.

Ursuline Academy is creating an army of Rachael Rays and Bear Gryllses this summer through their dramatically revamped camps.

When Keith Stater came to Ursuline last year, the first thing he noticed was the academy didn’t offer camps structured around students’ interests. 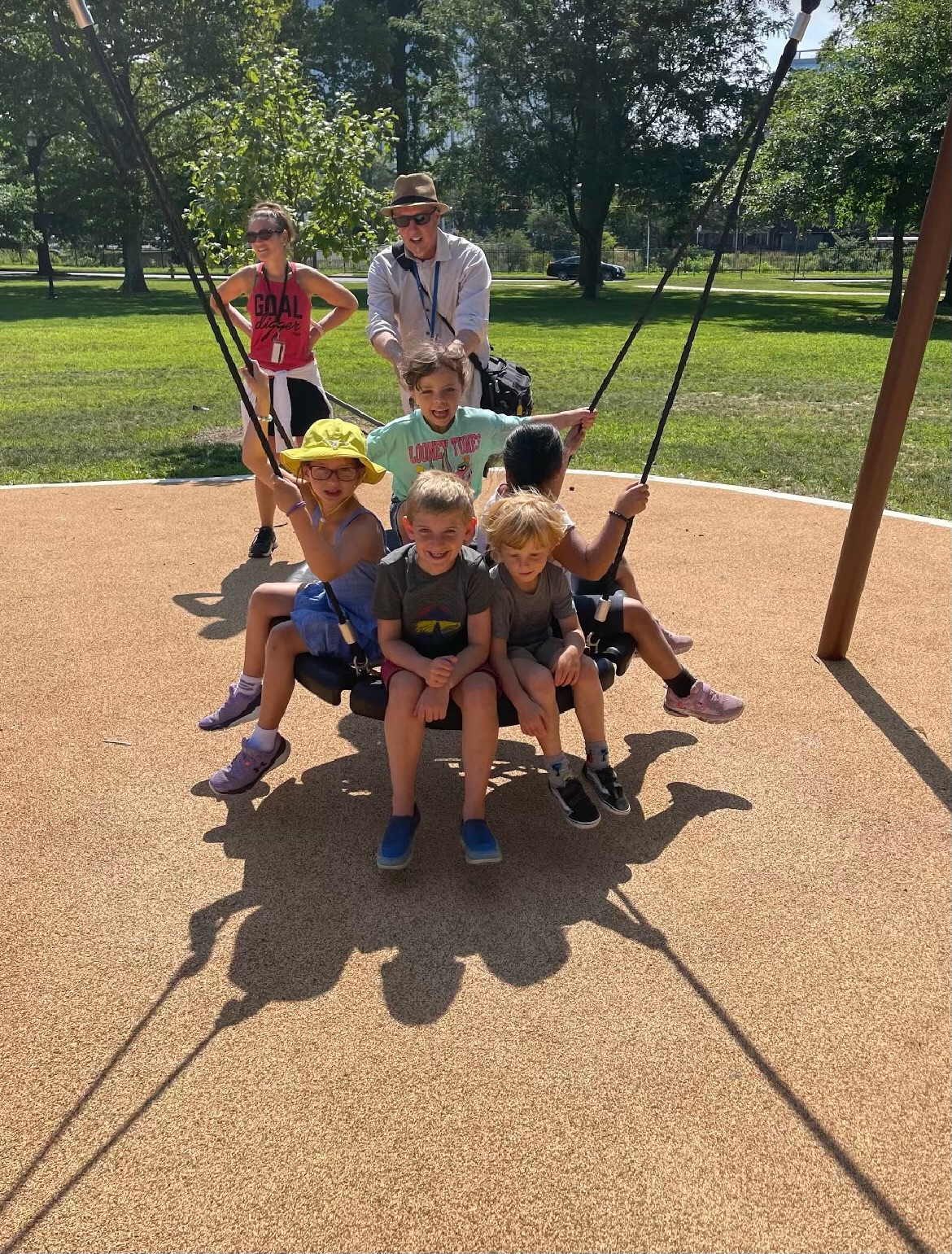 He set about to change that, and describes this year’s summer camp as a “complete restart.”

As camp director, he leads a slew of different programs, with the most popular being the culinary camp and nature camp.

“My favorite part about the camp is our teacher,” said Emmy Emerson, a rising fourth-grader. “He’s always having fun with us, and he doesn’t get mad when we spray him with water guns.”

In the culinary program, children learn about food and kitchen safety, such as using equipment properly and cross-contamination. 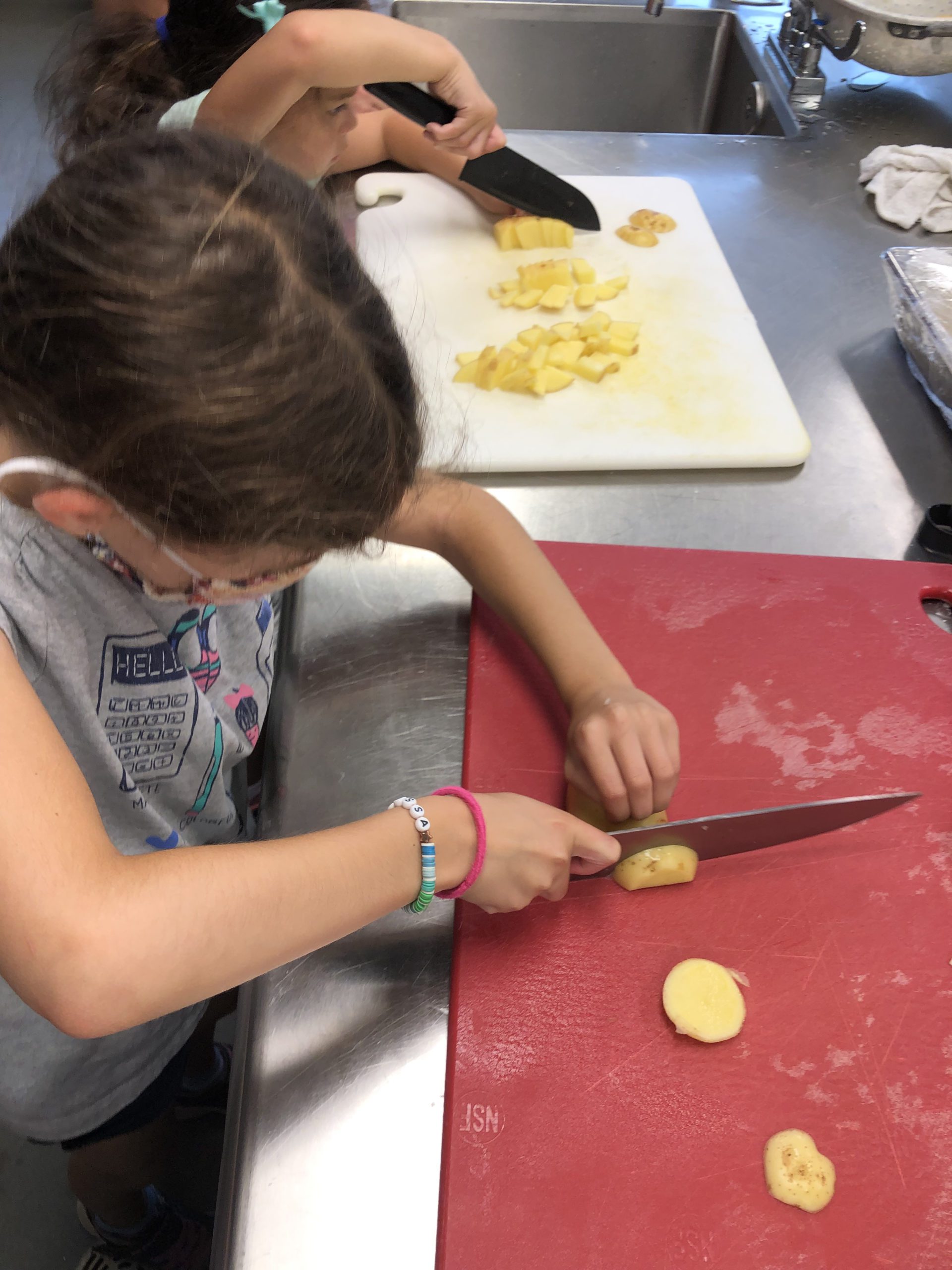 Children in the culinary camp learned how to use equipment and practiced food and kitchen safety.

Some of the cuisine on this year’s menu was oxtail osso buco and Thai duck curry.

That camp sold out in a few days and had a lengthy waitlist.

“We think about our global connections as an Ursuline school,” said Samantha Varano, principal of Ursuline’s Lower School. “We are connected globally around the world with over 100 other schools, and I think that Keith and his team have been really instrumental about exposing the kids to different global cuisine.”

Something the camp prides itself on is having the children outside as much as possible, and this summer’s repeated heat advisories have gotten in the way of that.

Each program has specific age ranges, but the summer program offers camps for children who are 2 ½ through eighth grade. The athletic camp is available for students in grades three through 12.

The prices also vary, with the volleyball program being the cheapest at $185 a week, and the culinary costing the most at $375 a week (blame the duck).

About 80% of the campers are Ursuline students.

For the culinary program, however, roughly 85% of participants are not students at the academy.

As part of their nature camp, students learn how to identify different trees and their ages, as well as the different animals and other vegetation that benefit from a specific plant.

The campers even get to play with some goats and sheep there as well. 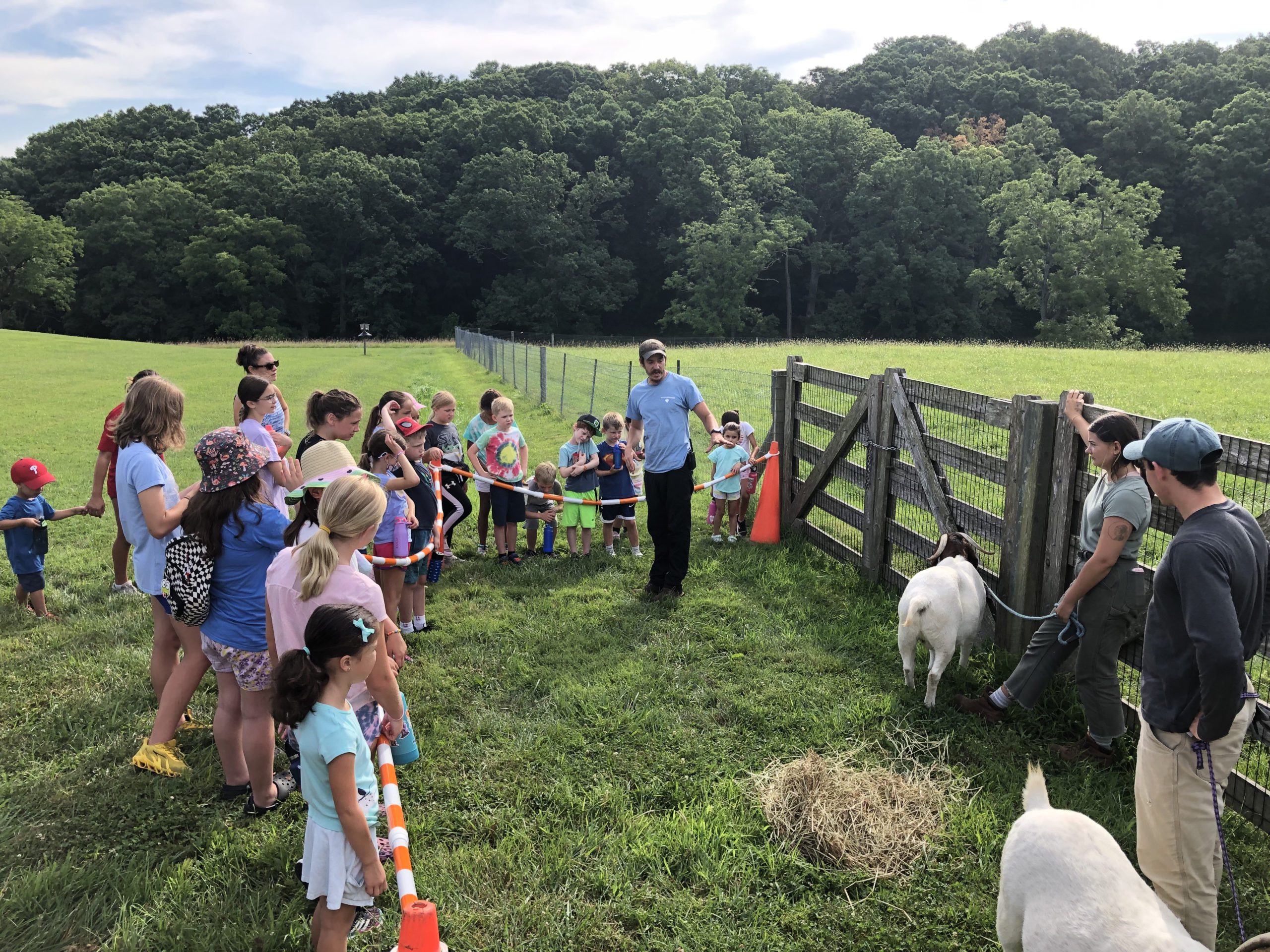 The campers had a chance to play with some goats and sheep.

“We’re in the thick of urban landscape at Ursuline,” Stater said, “and just a few miles down the street is Winterthur, which offers the kids a vast nature wonderland.”

One of the campers, Violet Ryan, asked a Winterthur worker how many trees there were outside of the museum.

BAM. Another opportunity for the children to learn.

Related: ‘Spark: A premier summer camp with something for everyone‘

The forestry service has a program that they were working on at the time with Delaware Estuary on seeing how much water freshwater mussels can purify.

“These kids are so curious and ask such profound questions,” Stater said. “We try to add things to our programs that satisfy their interests, in true Montessori fashion.”

He said it’s one thing for the students to know that freshwater mussels can purify X number of gallons, but it really connects the dots when we bring the campers to outside experts and let them see the action themselves.

“Coming in with an open mind every single day gives you an opportunity to see new pathways of education,” Stater said.

“The camp is helping me learn a lot of cool and different things,” Emerson said. “I learned how to measure a tree, and that was fun, and I made a coloring machine, and that was really fun too. So now I know how to do those things when I go back to my school.”