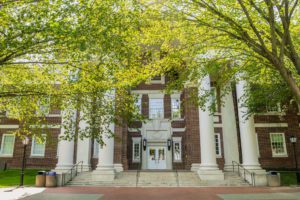 The University of Delaware Trustees said Thursday they will raise tuition rates 3% across the board for the 2022-23.

Full-time undergraduate students in the 2022-23 year can expect a $13,370 per semester tuition if they are a Delaware resident, and $35,890 per semester if they live out of state .

The committee also announced a projected surplus of approximately $4.5 million for the 2022-23  budget, largely because 4,200 first-year-students will be coming to campus and paying higher tuition.

Starting in Fall 2022, the university annual dining plan rates will be increased by an average of 6%, and traditional residence hall rooms will cost an average of 2% more than this year. 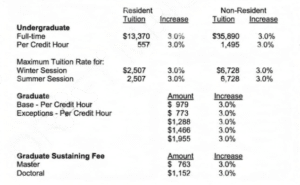 Tuition help is on the way for some, though.

University President Dennis Assanis announced a $168 million undergraduate financial aid plan for next school year, which is 86% larger than it was when Assanis became president in 2016.

The university will also continue to develop the First State Promise program, which covers tuition and fees for Delaware families making less than $75,000.

Assanis said the university also will work on expanding and supporting the Associate in Arts program to provide more academic pathways. He did not offer specifics.

The president said UD will be offering an early college credit program starting in the fall.

“Students in Delaware high schools can earn UD credits for classes that are UD taken online, in lieu of their high school classes, and perhaps in lieu of AP classes,” he said. 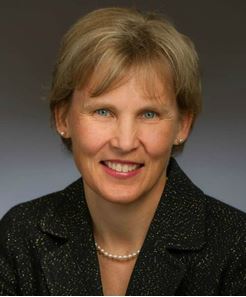 Assanis also talked about two massive projects the university is working on.

The first project is a $165 million Building X, which will house labs and engineering facilities. This building will replace the McKinley Lab, which was torn down last month.

The second project is a $6.5 million financial technology hub – also called FinTech – on the STAR campus, home to a number of state-of-the-art labs.

In other UD News Assanis also announced the appointment of the university’s new provost, Laura Carlson.

Carlson was hired from Notre Dame where she has spent virtually her entire academic career , working in its psychology department since 1994.

She’s now serving as the vice president, associate provost and dean of the graduate school at Notre Dame.

She will succeed Robin Morgan as University of Delaware Provost. She is retiring on June 8.