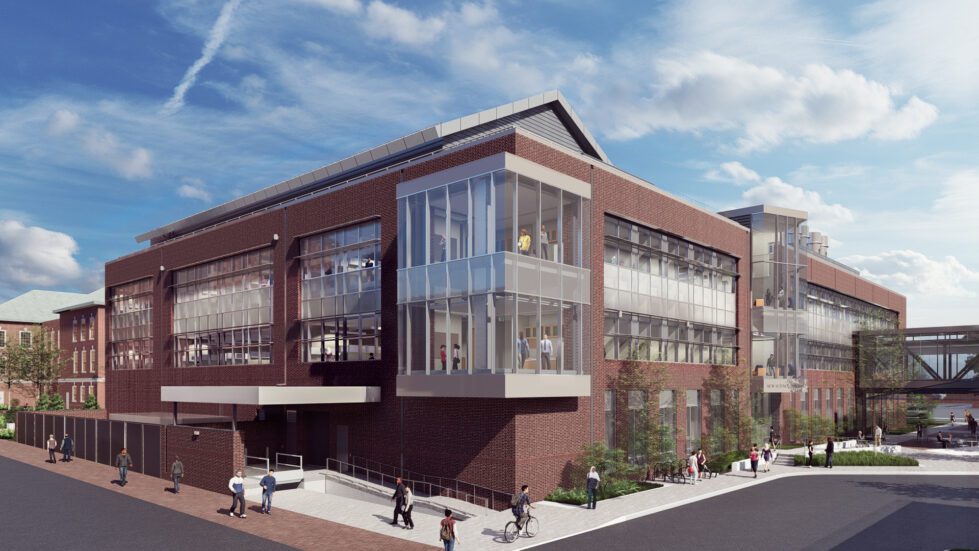 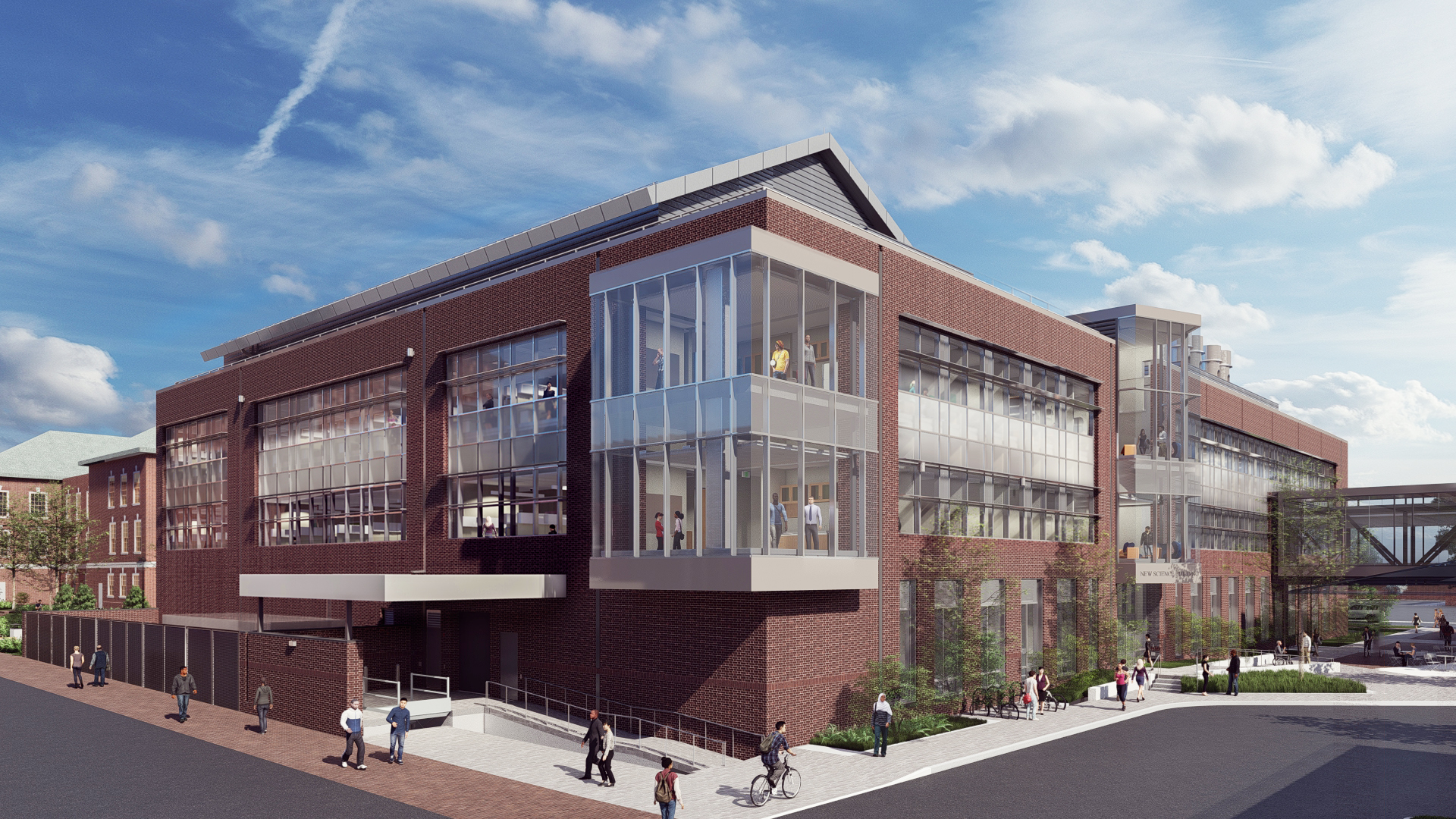 A rendering of the Southeast view of Building X.

Building X, the University of Delaware’s $165 million hub for science research and classes, is on track to be completed and open to the public in fall 2024.

Funding will come from university funds and the $41 million the university received through  the federal American Rescue Plan Act.

Construction started in earnest in February when the school demolished the  McKinley Lab.

But plans have been in the works for five years.

“Building X all started with the fire that we had in the McKinley Lab in August of 2017,” said John Pelesko, dean of the College of Arts and Sciences and head of Building X’s planning team. “It basically damaged the guts of the building.”

The fire caused significant damage to the electrical and HVAC systems, making the lab no longer operational.

After an assessment of the damage and considering the McKinley Lab was built in the 70s before the explosion of tech and its power needs, the university decided in 2018 that it made more sense to replace the lab with a modern facility.

Building X will be an interdisciplinary facility organized around three themes rather than departments to encourage people to collaborate, UD President Dennis Assanis has said.

The first theme makes Building X a nucleus for our neuroscience research on campus, Pelesko said.

Studying models and mechanisms of human disease, he said, will make Building X an organizing place for life scientists who do foundational biology work that helps researchers understand different treatments for human disease.

“We haven’t had that capability before to do advanced laboratory instruction for neuroscientists, so that’s really exciting,” he said.

Having a hub for quantum science and technology helps UD keep up with what Pelesko calls the next quantum revolution.

“That will bring together people like our physicists and our material scientists,” he said.

Quantum science explores the physical properties of nature at the scale of atoms and subatomic particles, often in relation to energy.

Embracing quantum energy, Pelesko said, will help people “design devices that do things far more exciting than what your smartphone does.”

Some of the practical applications of quantum science are creating MRI scanners, lasers, fluorescent lights, solar cells and more.

While Building X will likely be renamed upon completion, Pelesko had a sciency reason for its initial name.

“From day one, I wanted to avoid people thinking about the building as the replacement for McKinley since it would lock them into old ways of thinking,” he said. “We didn’t know what this building was going to be yet. I’m a mathematician, and if you don’t know what something’s going to be, you call it ‘X’.”

The four-story, 132,000-square-foot building will be the workspace for 48 research scientists and will serve more than 1,000 students per year in its four teaching labs.

For sustainability, solar panels will be placed on one section of Building X’s roof to partially power the building with green energy.

The floors are loosely structured around the three scientific themes, Pelesko said, but most of the technological work will take place in the basement, while the upper floors will largely consist of a mix between life sciences and neurosciences work.

The construction team now is laying the concrete to form Building X’s foundation.

“I think very quickly, you’re going to start to see a structure emerge there,” Pelesko said.

He expects students and researchers to begin using it in the 2024-2025 academic year.

During planning, Pelesko said the team wanted the building to address high-needs fields in the state and country.

“It’s certainly a critical component of the thinking because the building aligns very heavily with the students that we have and the type of training that those students need,” he said.

Psychology is one of the most popular majors on UD’s campus, he said, and there’s been a higher demand for mental health professionals.

“We’re going to have many, many hundreds of students get clinical training and get the lab experience they need to be mental health professionals for the state of Delaware,” he said.

For those studying life sciences, Pelesko described Building X as a training ground that sets students up for medical school or another health profession.

A focus on quantum science and technology is proactive and innovative as the workforce needs are just developing, he said.

The federal government has been investing heavily in quantum science in recent years, he said, “So that’s a place where you expect the demand to grow.”

UD is developing academic programs to align with that, including its new master’s program for quantum science and engineering.

Building X will be one of UD’s 15 core research facilities, which means there’s shared instrumentation that’s used by many different kinds of scientists.