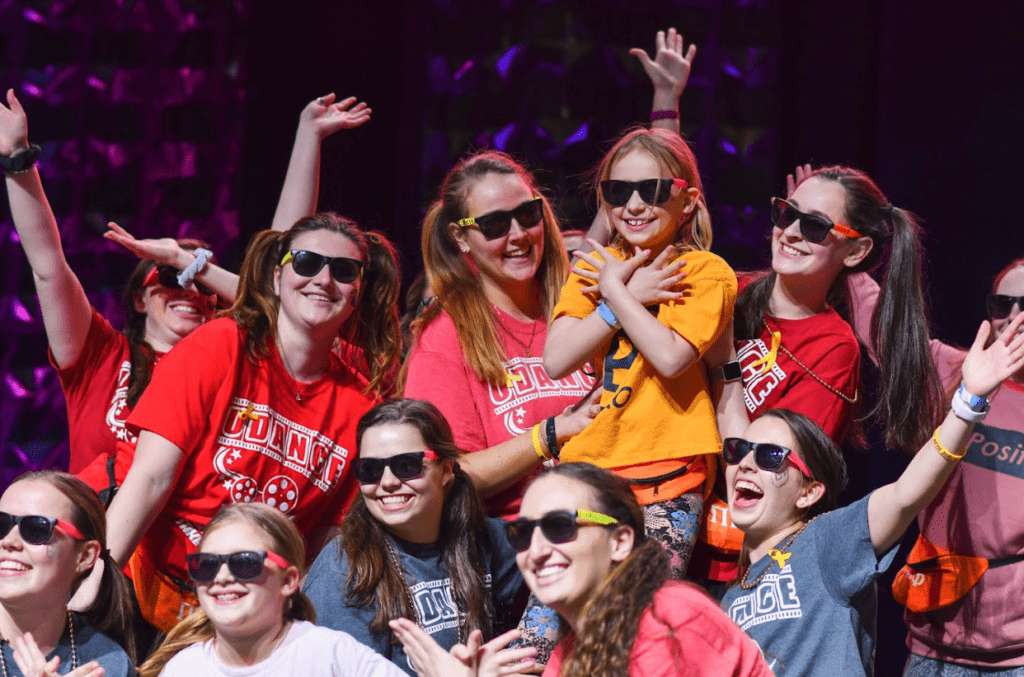 The country’s fifth-largest college dance marathon and University of Delaware’s largest student-run philanthropy event will “return to the Bob” this year for the first full-scale event since the onset of COVID.

UDance, which aims to raise awareness and funds for the fight against childhood cancer, has raised $14,688,690 since it began in 2007.

The event will be held on Sunday, April 24 from 9 a.m. to 9 p.m. at the Bob Carpenter Center, located at 631 South College Avenue in Newark.

Each year, thousands of students from Greek life organizations, athletic teams and extracurricular clubs band together for 12 hours of dance to raise money for the The Andrew McDonough B+ Foundation, the nation’s largest provider of financial assistance to families affected by childhood cancer.

“My favorite part of UDance is being surrounded by so many other students who care about making a difference in other people’s lives,” said Carlie Gallagher, a senior at UD and the executive director of UDance. “We’re so happy that we’re finally able to bring this event back in-person to what it should be and really give that special day to our B+ (Be Positive) heroes.”

The event was canceled in 2020 because of the pandemic, though it still raised more than $1.7 million for the cause. In 2021, the event was held in a hybrid format. Students were allowed to participate, but alumni, community members and B+ heroes attended virtually.

This year, with the event returning to the 5,100-seat Bob Carpenter Center, organizers are hoping to meet or exceed their 2019 fundraising record of $2.2 million.

“The amount of students who are so passionate about UDance on this campus is really inspiring to see,” said Kerry Shevlin, a UD senior and the event’s digital communications director. “These kids really look up to the students here at UD. The moments and memories that we’re able to bring to these families let them forget about cancer and just be kids for a day. That’s what we’re fighting for.”

The first UDance marathon was held at the Trabant University Student Center in 2007. It was founded by sorority member, Jessica Forman, and was originally co-sponsored by two Greek organizations, Sigma Phi Epsilon and Alpha Epsilon Phi.

The B+ Foundation was founded by the McDonough family in memory of their son, Andrew, who passed away from Leukemia in 2007. 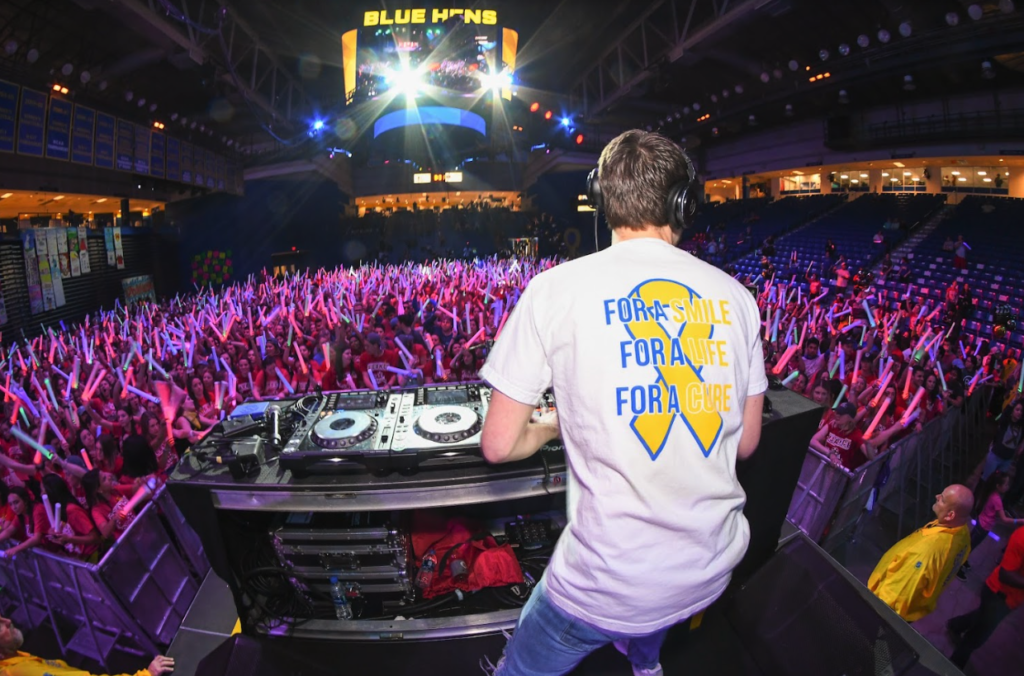 The organization gets its name from Andrew’s blood type, B+, and it works to spread the “B+” (Be Positive) message, encouraging all to “Live Like Andrew” in positivity.

Through The B+ Foundation, student organizations “adopt” children battling childhood cancer, known as B+ Heroes.

There are currently over 40 student groups on campus paired with B+ Heroes.

UDance will continue collecting donations until the 2022 fundraising total is announced at 9 p.m. on the day of the event. Click here to donate.