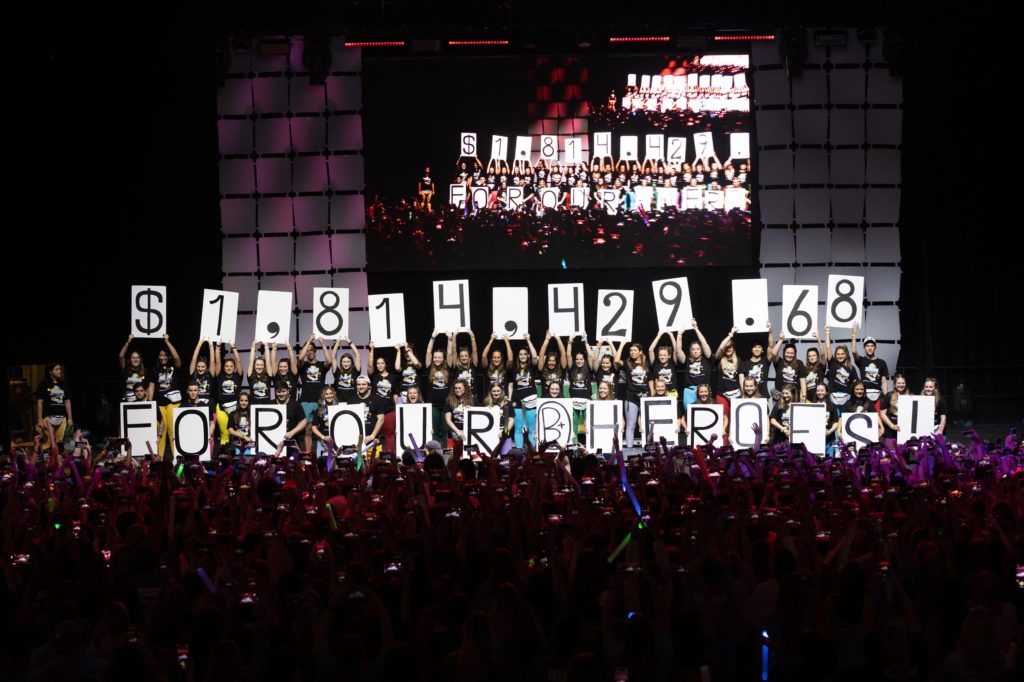 More than $1.8 million will go toward the fight against childhood cancer after the University of Delaware’s UDance Marathon wrapped up fundraising during it’s annual event Sunday.

That brings the philanthropy’s lifetime fundraising total to $16,503,120 since its inaugural event in 2007.

“We’re thrilled with our fundraising total,” said Carlie Gallagher, a senior at UD and 2022 UDance executive director. “With the pandemic still going on, there’s a lot of financial crisis still happening in the world so we’re really proud to be back on that upward fundraising trend despite those challenges.”

The event – the fifth largest of its kind in the country – is the University of Delaware’s biggest student-run philanthropy. 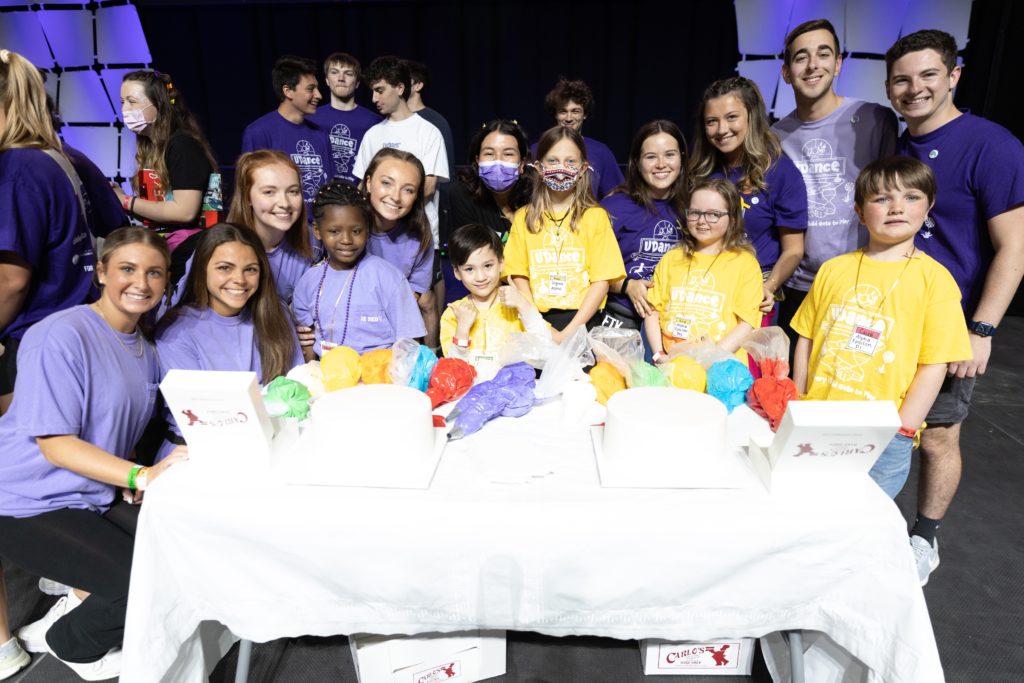 This year, more than 3,000 students, faculty, families and friends crowded into the Bob Carpenter Center in Newark to raise money and awareness for The Andrew McDonough B+ Foundation, the nation’s largest provider of financial assistance to families affected by childhood cancer.

Fraternities, sororities, athletic teams, residence halls and registered student organizations all competed to see who could raise the most money for the nonprofit.

The event was canceled in 2020 because of the pandemic, though it still raised more than $1.7 million for the cause.

In 2021, the event was held in a hybrid format. Students were allowed to participate, but alumni, community members and B+ heroes attended virtually.

Organizers said the “return to the Bob” brought an atmosphere of excitement and camaraderie that 75% of the university’s student body were able to witness for the first time.

“Our freshmen, sophomores and juniors have never been able to experience UDance at the Bob,” Gallagher said. They just had this idea of what it would be like from 2019’s photos and videos.” 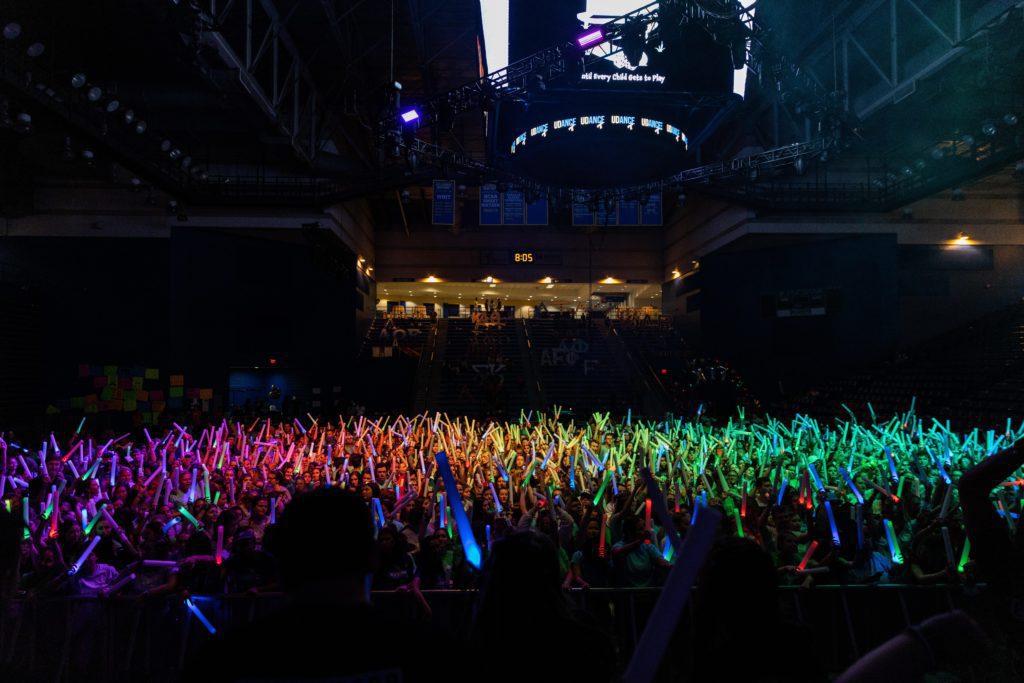 Gallagher said it was especially rewarding to see B+ heroes return to the event.

“They were much younger back then so many of them didn’t really remember what UDance was like,” Gallagher said. “Now that they’re a little bit more grown up they’ll really be able to remember the day and how much fun they had.”

Sabrina Schipper, a UD junior and UDance’s media engagement and website chair, said the most heartfelt moment of the day came after an hourly line dance when a B+ Hero looked at her and said “this is the best day I’ve ever had.”

“I immediately started crying,” Schipper said. “This is something that’s extremely important to me and it was just so eye-opening. I’m a junior so I’ve never been to an event like this and it was so moving to see all of the students coming together for such an incredible cause. The energy in the room was insane.” 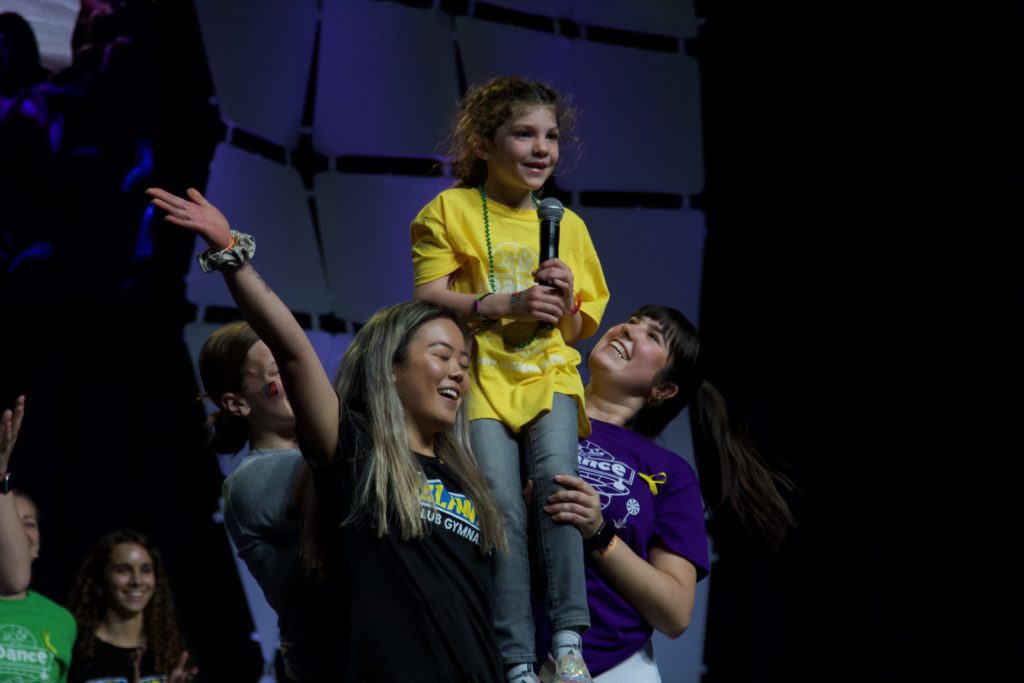 The first UDance marathon was held at the Trabant University Student Center in 2007. It was founded by sorority member, Jessica Forman, and was originally co-sponsored by two Greek organizations, Sigma Phi Epsilon and Alpha Epsilon Phi.

In 2009, UDance partnered with The Andrew McDonough B+ Foundation, with whom it’s partnered ever since.

The B+ Foundation was founded by the McDonough family in memory of their son, Andrew, who passed away from Leukemia in 2007.

The organization gets its name from Andrew’s blood type, B+, and it works to spread the “B+” (Be Positive) message, encouraging all to “Live Like Andrew” in positivity.

Through The B+ Foundation, student organizations “adopt” children battling childhood cancer, known as B+ Heroes.

Organizers are already looking forward to next year’s UDance event and laying the groundwork for the philanthropy’s most successful effort yet.

Gallagher is in the process of interviewing applicants to serve as co-executive directors for next year’s effort. She’ll select them later this week.

The outgoing and incoming executive boards will get to work immediately to ensure a smooth transition before they all head home for the summer.

Whoever is chosen to lead next year’s effort will have big shoes to fill, Schipper said.

“Our biggest goal this year was to get our campus excited about UDance again and really understand what it’s all about since most of them have never attended in-person,” Schipper said. “Carlie (Gallagher) was a huge part of that.”

Now that three-quarters of the student population has experienced UDance, Schipper said she’s more confident than ever that they’ll be able to take next year’s event to a whole new level.

“Our biggest goal is to continue this level of excitement and passion and drive,” she said. 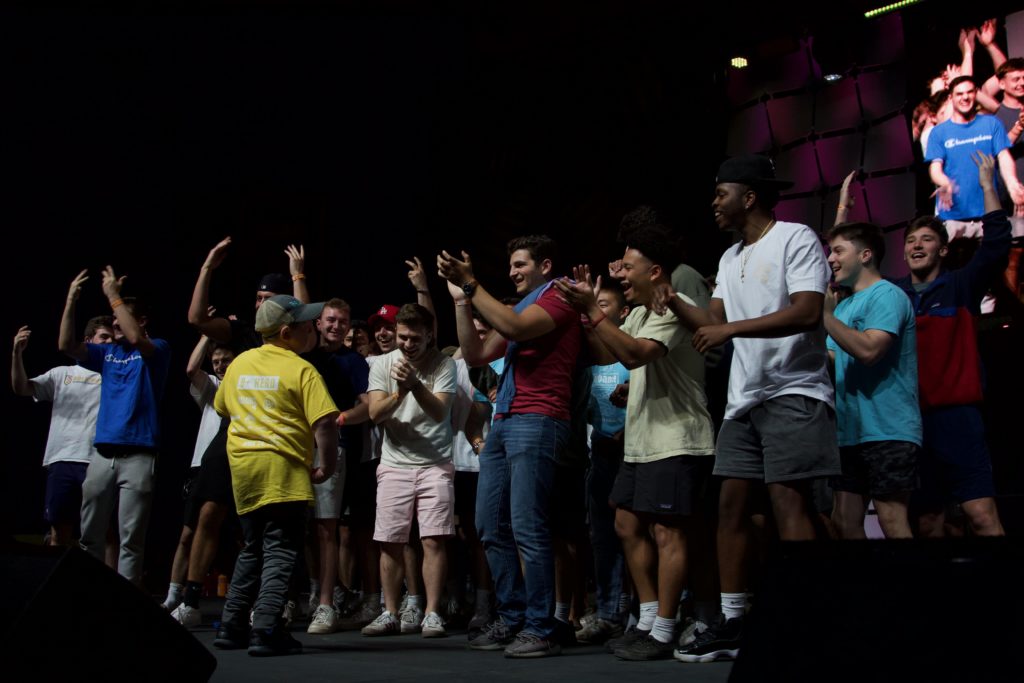