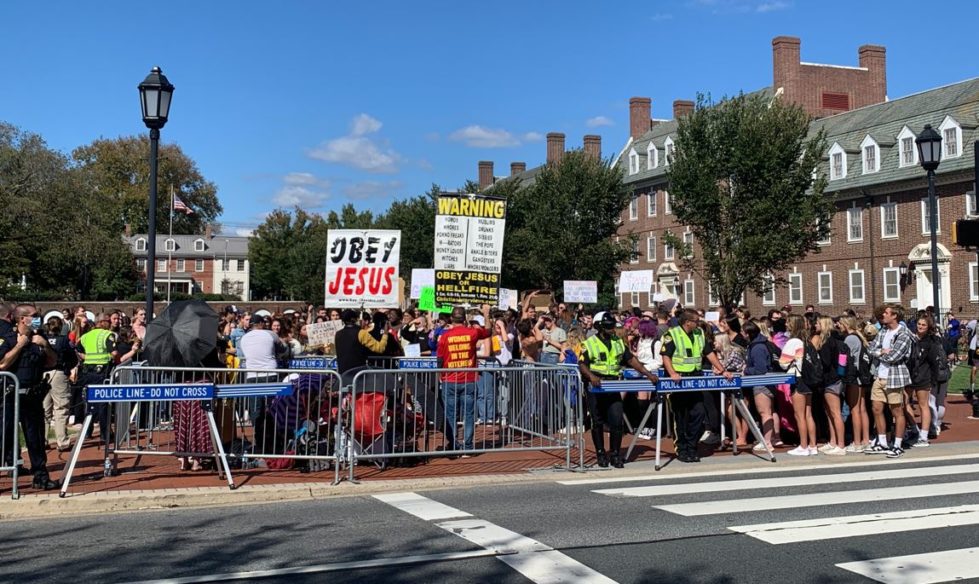 A Christian group’s protest Wednesday at the University of Delaware turned rowdy, with police circling the group to protect them and at least three people being arrested.

Key of David Christian Center, a church based in Philadelphia, faced large and loud resistance today while protesting on the university’s north green.

It began around noon and broke up about 3 p.m.

About seven protesters set up on the sidewalk of Delaware Avenue near student dorms, waving several signs and using a megaphone to tell university students who exactly would be going to hell.

A large number of counter protesters, who looked to be mostly students, showed up behind and across the street of the Key of David group.

While it often was unclear what the person using the megaphone was saying, “Someone you know that has died of COVID has been sent to hell,” was heard during a brief moment of quietness from the counter protesting crowd.

The crowd surrounding them hurled verbal abuse back, including “you’re the problem,” and several other specific mentions of anatomy.

The Key of David’s website said it was a non-denomination church. Its home page reads, “The place of love and power. TRUE LOVE WARNS. 99% of you reading this page are currently headed to hellfire forever, so the first page you need to read is the SALVATION page sinner.”

The Key of David Protesters were encircled by police barricades and at least 10 police officers were on the scene.

Sections of the sidewalk, including a path for the Key of David protesters to leave, had also been blocked off using barricades.

The three people — one woman and two men — seen to be arrested appeared to be counter protesters.

House ethics committee to meet Friday; will it include Brady hearing?
If your mask fogs your glasses, then it's not fitting correctly, UD researchers say
New COVID-19 cases, hospitalizations rise as state says it's found 49 variant cases
Barclays grant will pay for workforce training for 200 DelTech students 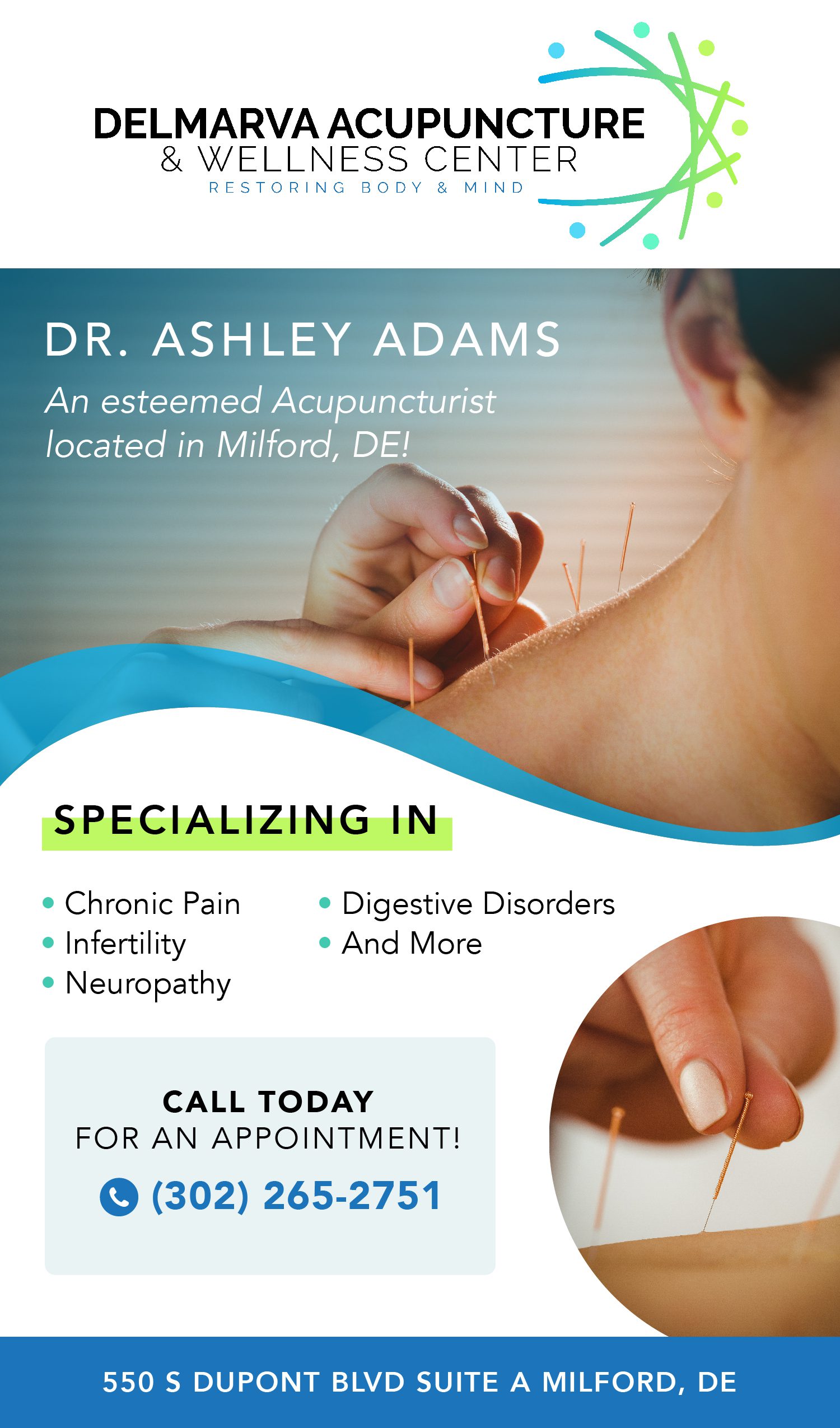