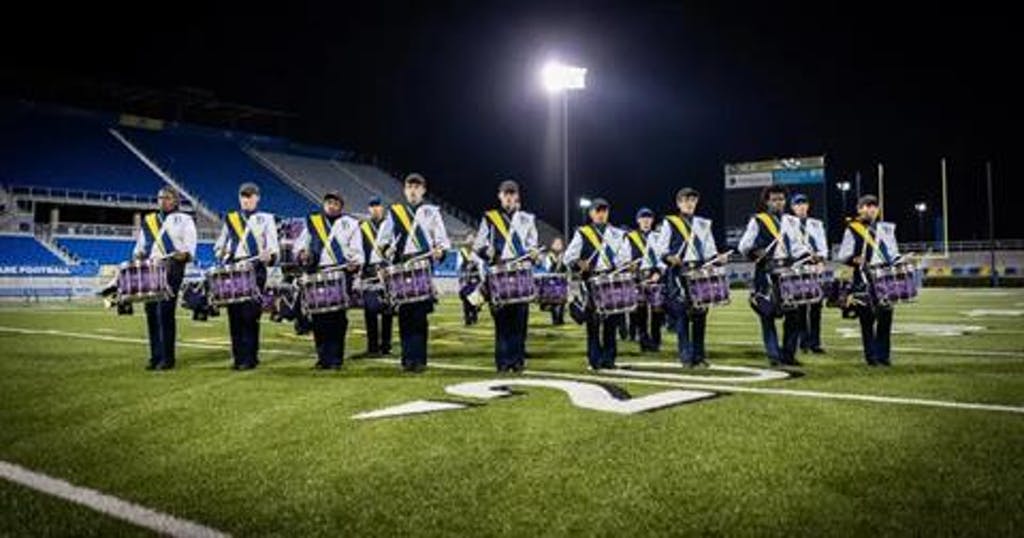 The drumline of the University of Delaware Fightin’ Blue Hen Marching Band will act as a presidential escort for President-elect Joe Biden Jr. after he’s sworn in as the 46th president of the United States Wednesday in Washington, D.C.

Biden graduated from the university.

UD was selected as only one of two civilian groups invited by the Presidential Inaugural Committee, headed by Delaware State University President Tony Allen.

Most of the events will be virtual, but the UD drumline and the Howard University drumline will perform. Vice President-elect Kamala D. Harris graduated from Howard, a Historically Black College and University.

“It is a tremendous honor for the University of Delaware Marching Band Drumline Battery to be one of only two civilian groups participating in the inaugural events in person on Wednesday,” UD President Dennis Assanis said in a press release.

The drumline’s 35 members range from freshmen to recent graduates. The full band, led by Director Heidi I. Sarver and Assistant Director Jim Ancona, numbers about 300.

The drumline will perform  “Blue Hen Cadence” composed by Ancona, and a piece composed by the band’s graduate assistant, Eric Carr. Carr is an active corporal and tenor drum player in the United States Marine Drum and Bugle Corps.

The University was told its band would perform in early January. It’s played for Biden before, including at the 2009 Inauguration, a welcome home ceremony when he term as vice president ended and at the “Biden is Back” pep rally at UD in April 2017.

“It’s not just an honor; it’s also quite humbling,” Sarver said about being chosen to perform in D.C. “This particular Inauguration is very personal to our Blue Hens as we celebrate our alum, President-elect Joe Biden, as the new leader of the free world. What an amazing moment for the UD community, and for our country.”