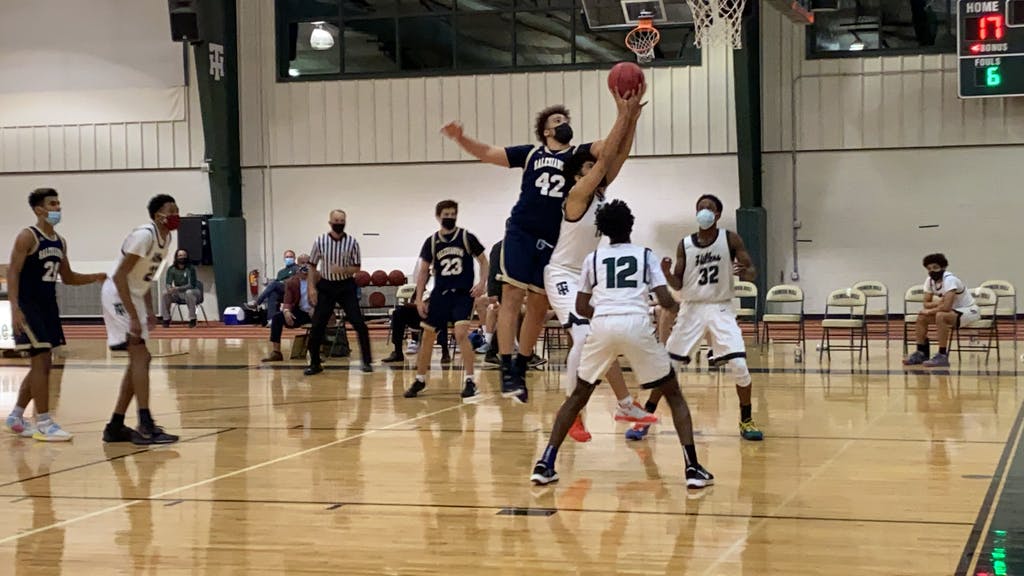 WILMINGTON — Tower Hill scored 12 straight points in the fourth quarter to open up a 61-48 lead over Salesianum, and the Hillers went on to a 66-59 win Tuesday night at Carpenter Field House.

The teams entered the fourth quarter tied at 40, with Tower having scored the final five of the third to forge the tie. The Hillers continued with five of the first six of the final quarter, but a three-pointer by Justin Molen brought the Sals to within a point at 45-44.

A Ricky Deadwyler field goal gave the Hillers a 51-48 lead, and he was fouled on the play. He ended up taking three free throws after a technical foul was assessed to the Salesianum bench, and 13 of Tower’s final 15 points would come from the free throw line.

Their lead was at its biggest at 61-48 before the Sals reeled off seven straight, but that was as close as the visitors would get.

Deadwyler, Donoven Mack and Dean Shepherd each scored 18 points to lead the Hillers. Deadwyler and Mack were held to a combined three free throws in the first quarter, but they totaled 33 in the second. The Hillers (1-0) travel to Wilmington Friends on Friday at 4:30 p.m.

For the Sals, Rasheen Caulk led with 17 points, while Molen added 13 and Ethan Hinds had 12. The Sals (1-1) have their home debut on Thursday at 7:15 p.m. against St. Elizabeth in a game that will be streamed by Delaware Live.