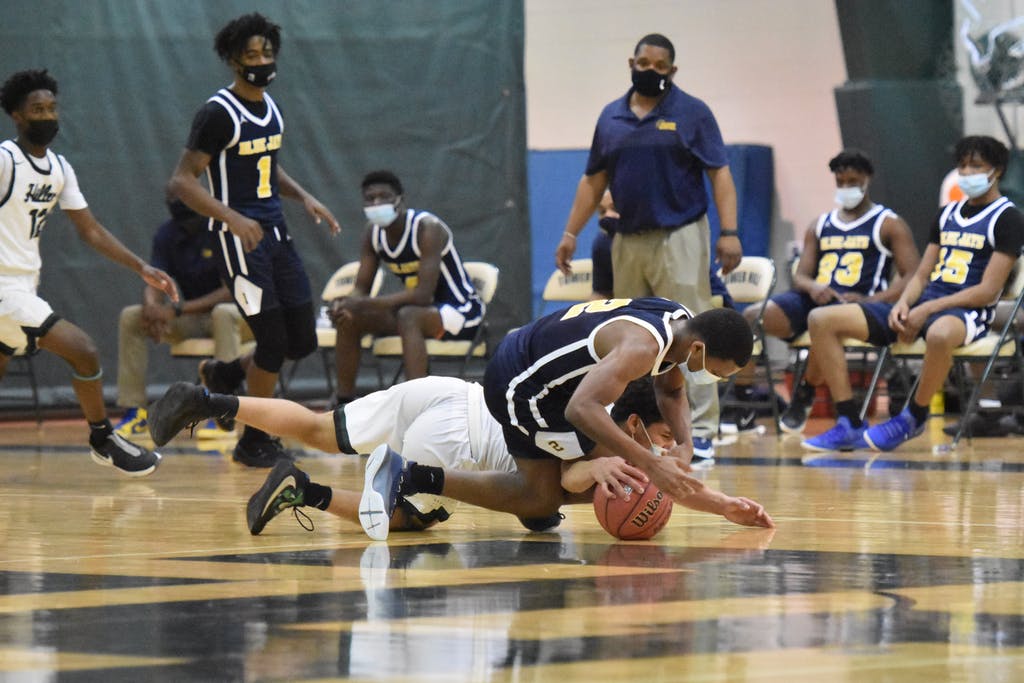 The #4 seed Tower Hill Hillers hosted the #5 seed Seaford Blue Jays in the quarter finals of the 2021 boys’ basketball state tournament in Wilmington Tuesday night. Tower Hill came into the game coming off a 30-point win over Wilmington Christian while Seaford beat Dover High School by 2 points this past Saturday evening. Momentum was with the Hillers early in the first quarter as their zone press produced 7 quick points, forcing Seaford to call a 30 second timeout. Tower Hill continued to keep the lead throughout the quarter which ended with a score of 15-9.

Seaford’s point guard woes were evident in the second as Tower Hill pressured Blue Jay ball handlers just outside the three- point making it difficult for Seaford to find any continuity on offense. Tower Hill on the other hand found offense inside and out as senior and team captain Donoven Mack scored on a three-point basket and two powerful dunks to extend the lead to 14 with more than half the quarter still to play. Tower Hill maintained a 14-point lead going into halftime, up 30-16. Mack led the Hillers with 11 points. 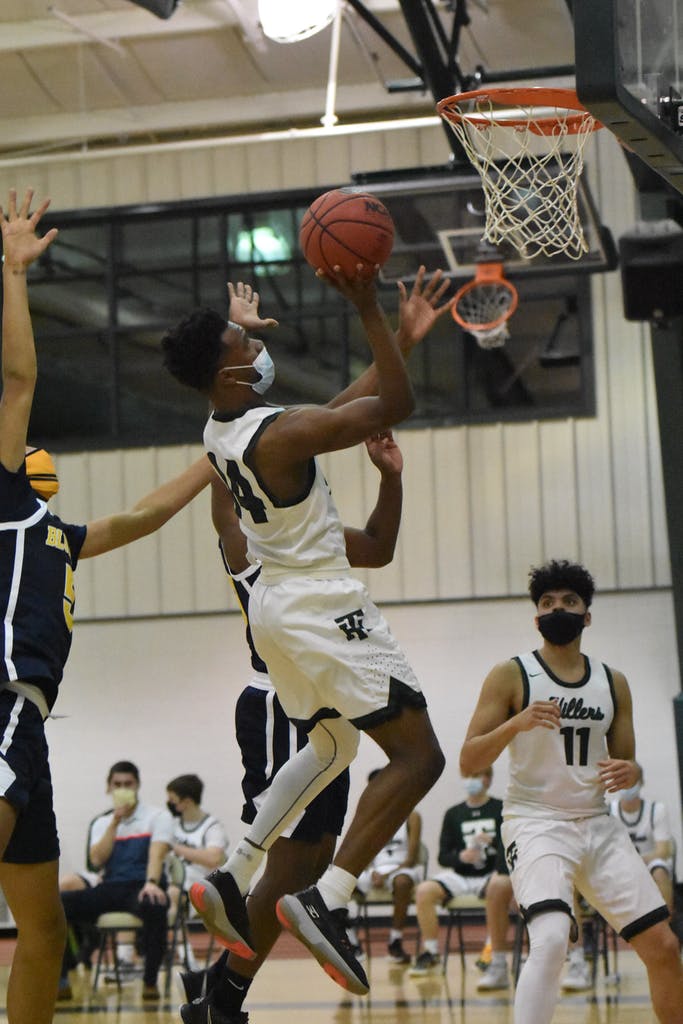 Mack picked up right where he left off coming out of half time to score 9 straight points in the first two and a half minutes of the third quarter extending the lead to 23 points by himself. Seaford continued its struggle offensively, sometimes having difficulty getting out of their own way. They turned the ball over multiple times early in the possession leading to easy points at the other end for Tower Hill. Seaford managed just 2 points in the quarter as the lead for the Hillers ballooned to 28. 46-18 at the end of the third.

Seaford battled but their difficulty taking care of the basketball made it tough to find any good looks at the basket most of the second half. Tower Hill proved to be worthy of their 4 seed as point guard Alex McClendon made one smart decision after another finding open shooters and resetting the offense when necessary. The game ended with a final score of 56-25 Tower Hill. Donoven Mack led the hillers with 21 points. Tower Hill will now play Sanford Thursday night at Sanford in the Semi-finals. The Hillers beat Sanford earlier in the year giving Sanford their only loss of the season.