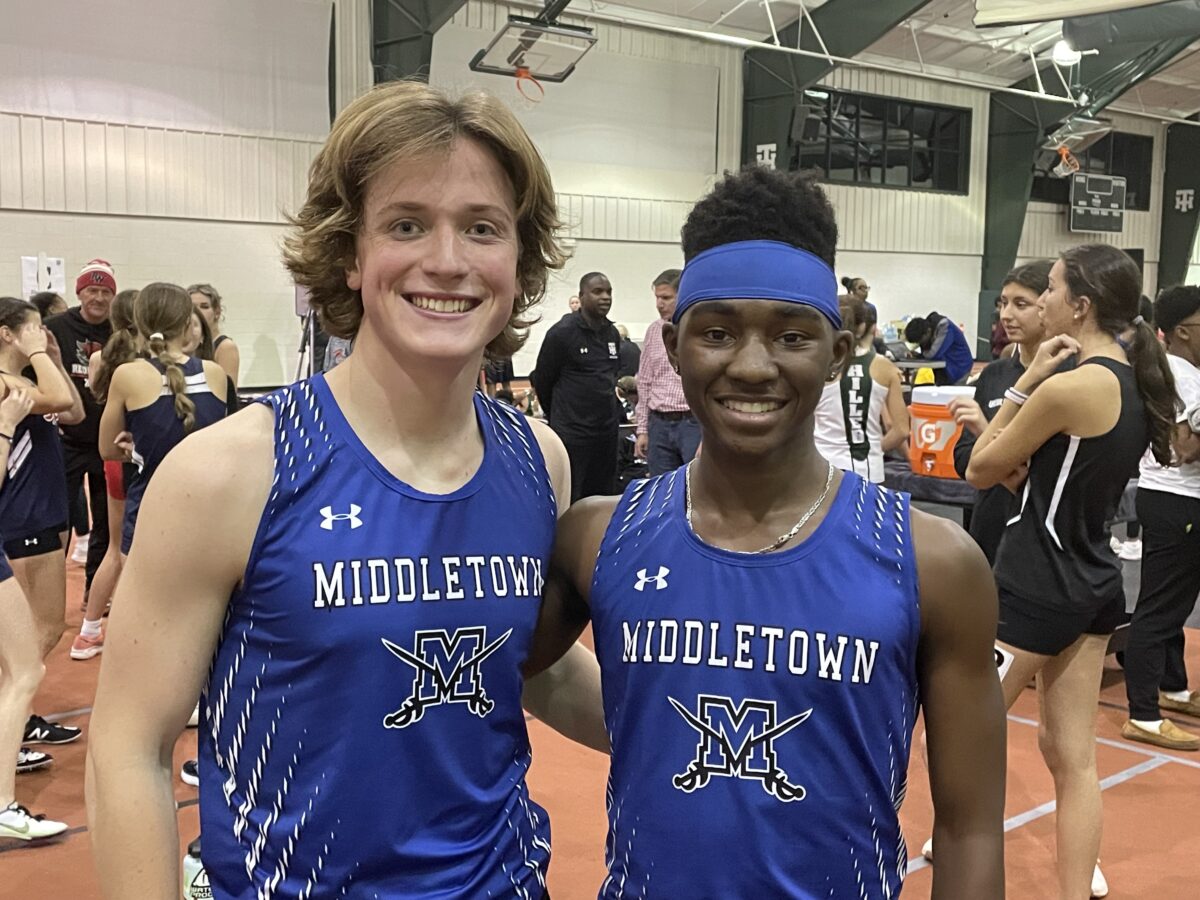 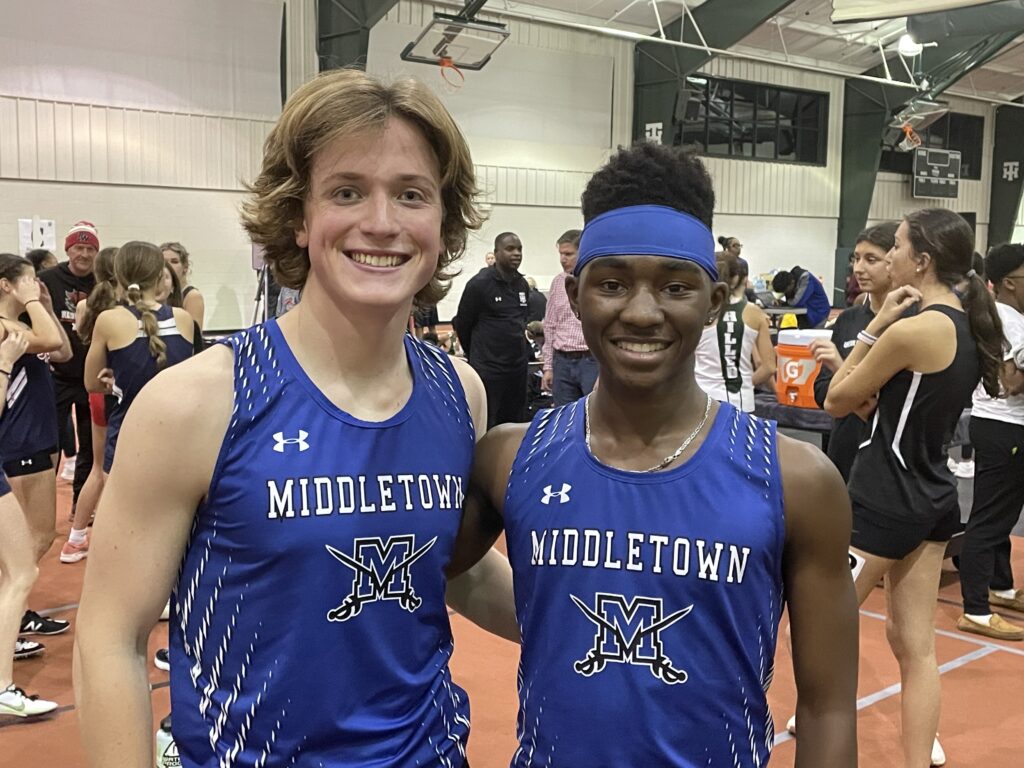 The season’s Indoor track & field is winding down as the DIAA State championships are on tap in two weeks. Several Delaware high school athletes met at the Carpenter Fieldhouse on the campus of Tower Hill yesterday and turned in some stellar performances. Sixteen schools participated in the Invitational with a large crowd in attendance.

The day began with St. Mark’s senior Samantha Minner winning the 55m hurdles in 9.40 while her Spartan teammate Bryce Tucci won the boys hurdles in a time of 8.39. Tucci also took 1st place in high jump. Caravel freshman Kennedy Smith won the girls 55m sprint event in 7.5 while Dominick Pietlock of Tower Hill took 1st in the boys race with a time of 6.73, as the printers took early stage. Pietlock also was a double-winner as he finished first in the long jump.

There were many highlights, including the 1-2 finish in the boys 1600m race as Middletown seniors Jonas Rush and Walter Samuels were separated by .6 of a second. Rush led from start to finish in a time of 4:42.12 while Samuels closed the gap on the final lap, finishing a close second in 4:42.79.

For a complete list of all events and results, visit https://de.milesplit.com