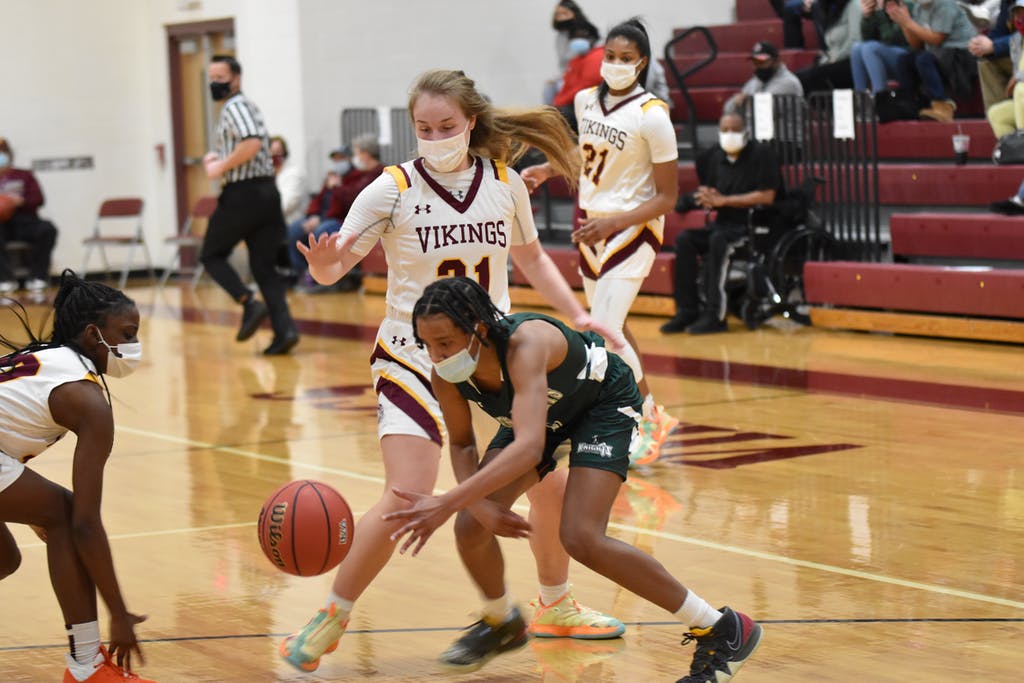 St Elizabeth’s defense was the difference in the game.

St. Elizabeth came out from the start of the game in a full-court press. The pressure forced Mount Pleasant to turn the ball over numerous times, and the Lady Vikings converted those turnovers into points, taking a 25-3 lead after the first quarter.

St. Elizabeth would use pressure and all-around great team defense to really stymie the Green Knights. The second quarter was much of the same as the first as the Lady Vikings continued to extend their lead.

Mount was able to score 11 points in the second but would find themselves down 26 points at half by a score of 40-14. The Lady Vikings would pull back the press in the third quarter, allowing Mount to cut into the deficit. However, in the fourth quarter the defense stepped up again, holding the Green Knights to just seven points closing out the game with a 67-34 victory. 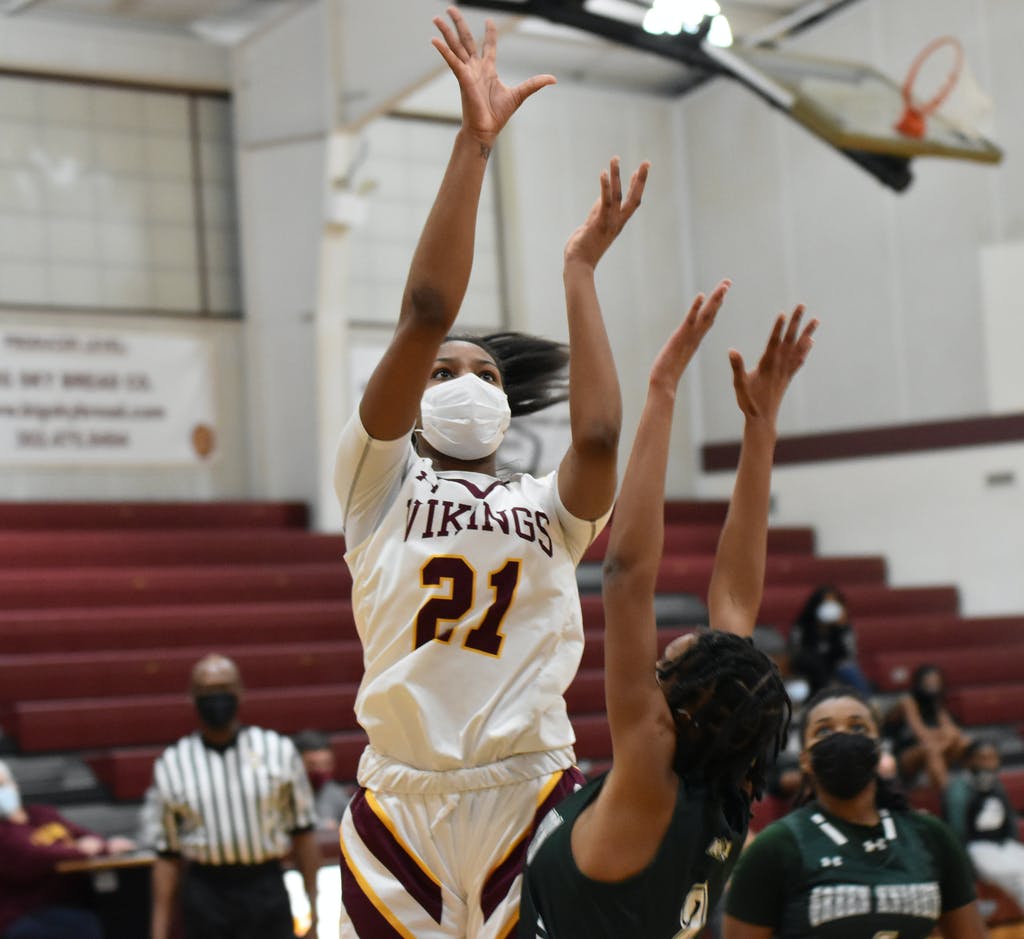 The Lady Vikings did a great job of spreading the ball around on offense as well, playing unselfishly until they found the open shot. They were able to get seven different players in the scorebook.

Mount Pleasant was led by Ja’Mai Benson with 13 points and Sydney Hilliard with 9.

St. Elizabeth will move on to play Caravel Academy. The last time these two teams matched up they went into an OT thriller with Lady Vikings coming out on top by a score of 59-58.

St Elizabeth will host the game this Wednesday night at 6:30 p.m. at the St E Center.