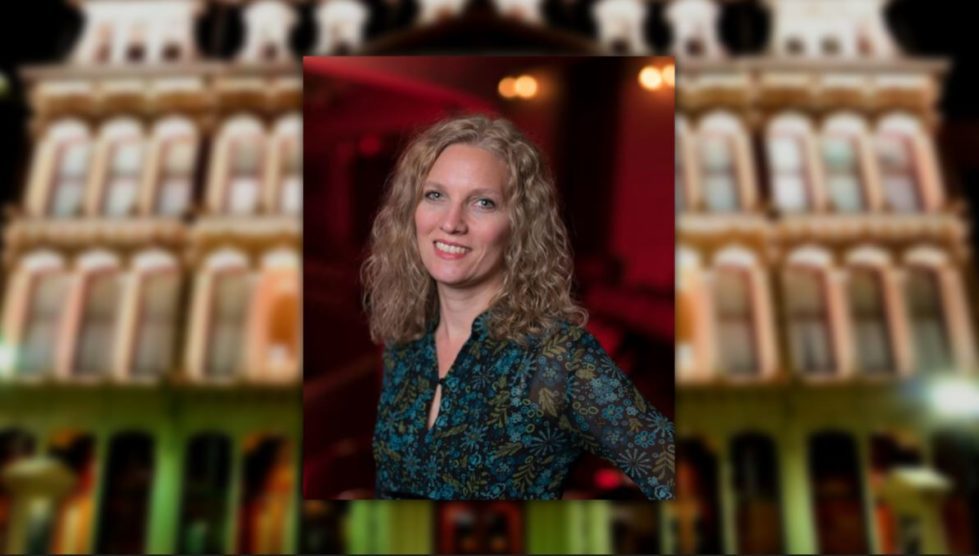 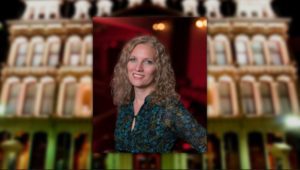 Pamelyn Manocchio will become the executive director of The Grand Opera House after Mark Fields steps down in September.

Manocchio, who has been working at The Grand since 2006 in a variety of roles, most recently has served as managing director.

Executive Director Mark Fields will continue to work with Manocchio through the end of the year to ensure a smooth transition.

The Grand’s board of directors met several times after Field announced he was retiring, but decided there was no reason to conduct a search to replace him when they had the talent they wanted already on the staff.

“As a long-time senior staff leader, she will provide a measure of continuity and institutional familiarity,” said Brian DiSabatino, the board chair, in a press release. “Pam has already demonstrated creativity and innovation in her current role with The Grand. We are looking forward to new ideas and new energy from her and the organization as she takes charge.”

Manocchio said she was grateful the Board made its decision so quickly.

“I held my breath, but I just feel like it was the right choice for the brand,” she said. “I’ve been here for 16 years. I care about the organization and the people so much that I’m gonna do my darndest to keep it where it is right now and grow it and strengthen it.”

The Grand has an amazing board, dedicated Show Corps, talented staff and crew, and wonderful patrons and donors, she said.

It is in a strong financial position, thanks to lots of state and federal COVID-19 money, and she wants to maintain that and its many strong connections within the community.

“I want to do what I can to not just promote individual artists or promote a certain segment of our community, but to promote arts and culture as a valued contributor to Wilmington and the state of Delaware,” she said. “Arts and culture have a lot to offer.”

Like many others in the arts world, she feels like the money that the state and federal government steered to the arts was an acknowledgement of its importance in a thriving economy.

Like Fields, she said programming has changed, with musicians only willing to book three to six months ahead of a show. She doesn’t expect that to change, and says The Grand likely will make seasonal announcements, with updates in between.

Otherwise, she said, “I just see nothing but positives in the future.”

A classical flute player, she earned a bachelor’s degree in music management from the University of Hartford’s Hartt School of Music. but never intended to perform, she said.

“I wanted to support the music and talent that’s around me,” Manocchio said. “I wanted to be able to be inspired by it every day, and I am.”

Manocchio came to The Grand as director of development and segued into the role of director of community engagement in 2009.

In that position, she oversaw The Grand’s outreach and education programs with the community, including Stages of Discovery school matinees, Summer Explorers, and The Grand Galleries rotating visual art exhibitions.

Those programs serve more than 30,000 youth and adults annually.

She also launched Summer in the Parks, which this year is celebrating 10 years of arts programming in partnership with the City of Wilmington, and sensory-friendly performances specifically designed to serve children and adults with autism spectrum disorder.

The Sensory Friendly program twice received funding from the National Endowment for the Arts, as well as a visit from then-NEA Director Mary Anne Carter in 2019 to learn more about the e program.

Manocchio was named managing director in the fall of 2021 when Steve Bailey stepped away from that position. Programming for The Grand’s three theaters — the main Copeland Hall, baby grand and Playhouse on Rodney Square — is now done through a consultant, Music Without Borders.

In addition to her work at The Grand,  Manocchio has held leadership positions with several arts-related organizations in the state, including the Delaware Arts Alliance, where she’s on the board, the Arts Consortium of Delaware, and the Arts-Culture-Heritage collective.

She hopes to see The Grand continue to have more community events, some as rentals and some with The Grand playing host.

“I want more people in Delaware asking what’s going on at The Grand and on our stages,” she said. “I’d like to see more artists that people are talking about and excited about, all ages. We’re trying to get in some younger artists to attract the younger audiences and see if we can attract some kids back to the theater.”

Manocchio lives in North Wilmington with her husband, Steve, and their two teenage children.

She says she has no plans to take care of Fields’ bees on top of The Grand. He’s been training two acolytes for that.

But she will continue indulging her love of music as director of the bell choir at her church.