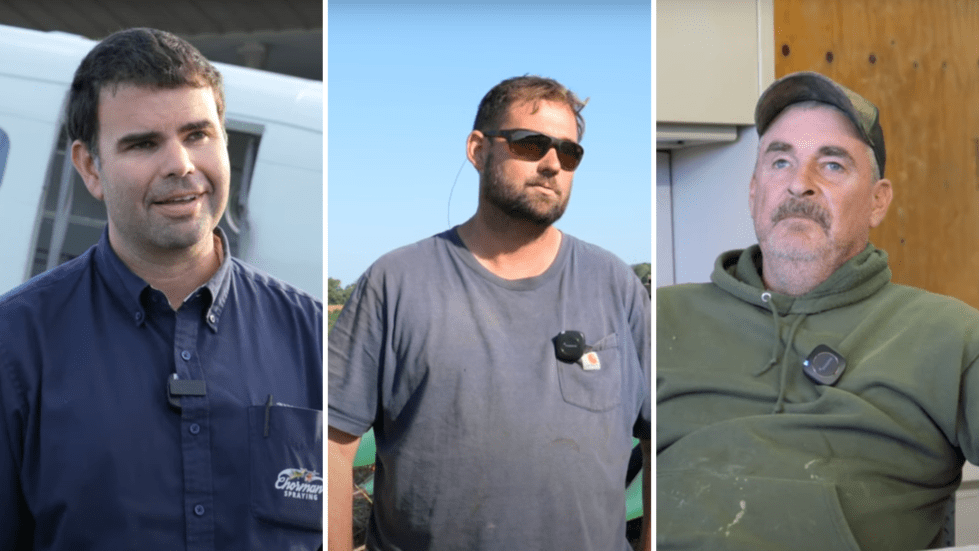 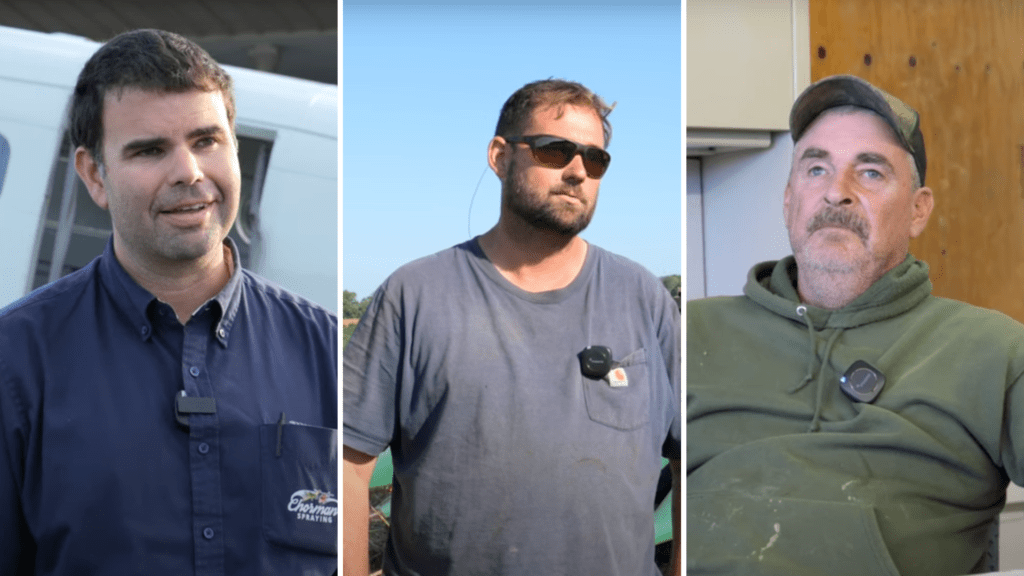 When you think about “government communications,” you might automatically tune out.

Press releases, statements, political jargon — it can all be a bit dull. 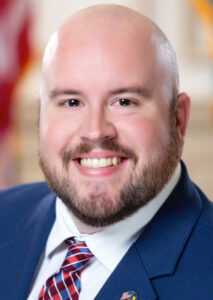 When the Delaware Senate Republican Caucus decided to focus on the challenges being faced by the First State’s agricultural community, its members knew a press release wouldn’t cut it.

Entitled “The Farmer,” the documentary follows three Delaware agriculturalists who discuss the impacts of the weak economy on their businesses.

“The farmer — one of the world’s oldest, noblest professions,” Revel says in the documentary. “Hardly anything embodies the American spirit more than a farmer. They get up early at the crack of dawn, work long hours, provide for their family and others, and take matters into their own hands when something doesn’t go as planned.”

According to the 2017 Census of Agriculture, Delaware had 2,302 farms that comprised nearly 40% of the state’s landmass and produced $1.5 billion in agricultural sales.

That works out to an average of $637,000 per farm and ranks Delaware second in the nation behind California in per-farm sales.

Jeff Chorman is the owner and operator of Allen Chorman & Son, a company that provides crop-dusting services. Farmers rely on Chorman’s company to seed and treat their crops for pests, weeds and diseases.

When his company signs crop-dusting contracts, it becomes “locked in” at the agreed-upon fuel price for three years. Every penny that gas prices rise above that amount comes out of Chorman’s pocket, he explained.

“On the day of filming the interview, Jeff explained fuel cost him $5.50 per gallon, which was lower than the $7 average a couple months ago, but much higher than the average two years of $2.50,” Revel said in the film. “On Friday, Oct. 14, while this video was being edited, Jeff said he was paying $5.65 per gallon.”

Chorman said he can’t raise his prices enough to recapture the increased costs of fuel, labor and parts.

“We were traditionally loggers and we got into farming to feed the mules that hauled lumber to the mill,” Magee said in the documentary. “I’ve been farming since I was 12 and in 2016, my wife and I bought our first farm, and here we are now.”

The economic downturn has been challenging for Magee, too.

“It’s really hurting our bottom line because farmers plan for years in advance,” he said. “Just the other day, the seed salesman called and said, ‘Hey, Chris, it’s going to be $50 more a bag.’ Well, that’s almost a 25% increase in one year.”

“We just have to grit our teeth, take it to the chin, and just try to feed all of America,” Magee said. “People don’t understand, one farmer in the United States feeds 33 people. That’s a pretty big family that I have to feed every single day.”

“On the poultry side of my operation, we’ve seen prices raise 50% to 75%,” Briggs said. “We’ve seen fuel costs go up, which that’s a major operating cost for us for as many poultry prices as we have.”

Revel explained that Sept. 2022 inflation numbers show gasoline and diesel prices up 18.2% from a year ago, and energy, in general, is nearly 20% higher.

Rising labor costs have also made it difficult for Briggs to recruit and retain workers, he said. Farmers simply can’t compete with starting wages being offered in other entry-level fields.

“This time last year, when we’d run an ad for help, we get 20 to 25 applicants,” Briggs said. “Now I don’t even get one. I run weekly ads in The Guide and I haven’t had a response, I would say, in the last three or four months.”

As a result, Briggs said, “we’ve had to do things ourselves, you know, basically just count on our own.”

“In these bleak economic times, it would be easy to give up and admit defeat,” Revel said. “Yet these three men, as well as all farmers in Delaware and across the nation, persevere because it’s in their nature. Quitting is not in their vocabulary.”

Why create a documentary?

Revel told Delaware LIVE News that he and the caucus thought the documentary would be a powerful way to show folks how rising costs are affecting an often-overlooked part of Delaware’s economy.

“I think we all had the idea that everyone’s being impacted by rising fuel costs and supply chain shortages,” Revel said. “But it was really eye-opening to see just how much farmers are being impacted.”

Revel said it’s easy for lawmakers to pass legislation and create policy without ever actually talking to people on the ground.

“There’s a real effect that the legislation has that we propose in the state or on a federal level, especially as it relates to inflation,” he said. “I just think we need to hear more from the people actually on the ground, rather than those of us in Legislative Hall or in Washington, D.C.”

For Revel, one of the most exciting parts of the project was having the opportunity to ride in Chorman’s Beechcraft Model 18, or “Twin Beech”, as its commonly known.

During and after World War II, more than 4,500 Beech 18s were used in military service, for light transport and as light bombers, aircrew trainers and on photo-reconnaissance missions. Now, Chorman uses his to spray for mosquitoes. 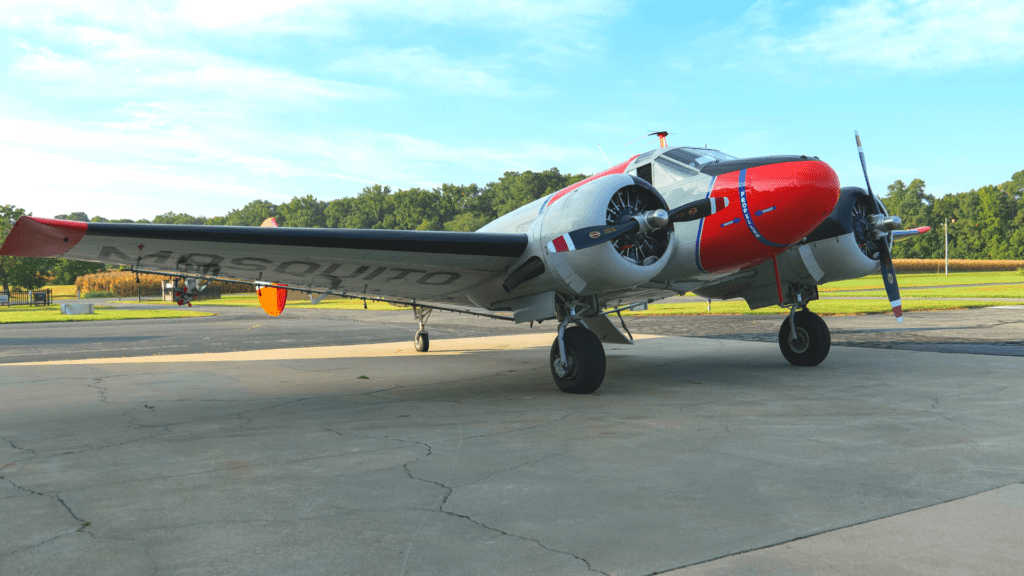 “I was riding up to Dover and I said, ‘You know, it’d be pretty cool if I actually flew with Jeff Chorman — maybe he could take me to some of the places he sprays,” Revel said. He reached out and Chorman said, “Sure, come on out.”

The next day, Revel met Chorman at his airfield north of Greenwood and hopped into the co-pilot seat of the Beech 18.

“I noticed that it was all very old looking — the instruments and stuff,” Revel said. “And so when we got about 100 feet in the air just after takeoff, Jeff goes, ‘Yeah, this is a 1943 Beechcraft Coast Guard airplane from World War II.’ I was like, ‘Oh my, I’m glad you didn’t tell me this before.”

“It was definitely different from flying commercial,” Revel said.

Sen. Brian Pettyjohn, R-Georgetown, said the documentary is a different way to communicate a powerful message.

“Our communications team did a fantastic job in really hitting the points that we wanted to hit with this message,” Pettyjohn said.

“Doing a short documentary that’s interesting, that’s visually appealing, and discussing these issues with real people that are in their community, I think, is a better way to do it and hopefully will help redefine how we are communicating with our constituents.”

Pettyjohn said its easy for lawmakers from the northern part of the state to overlook some of the challenges faced by folks south of the canal. Even in a state as small as Delaware, Kent and Sussex Counties can often feel like a world apart from Wilmington and its suburbs.

He said he hopes lawmakers from New Castle County will watch the documentary and consider the needs of rural parts of the state with an open mind.

In the next legislative session, Pettyjohn said lawmakers hope to consider bills like a stronger right-to-farm proposal. Ultimately, he said, Senate Republicans want to make sure state government doesn’t get in the way of farmers doing what they need to do to feed Delaware’s families.

Revel said he hopes the video will be the first in a series of mini-documentaries exploring the challenges faced by people in all parts of the state.