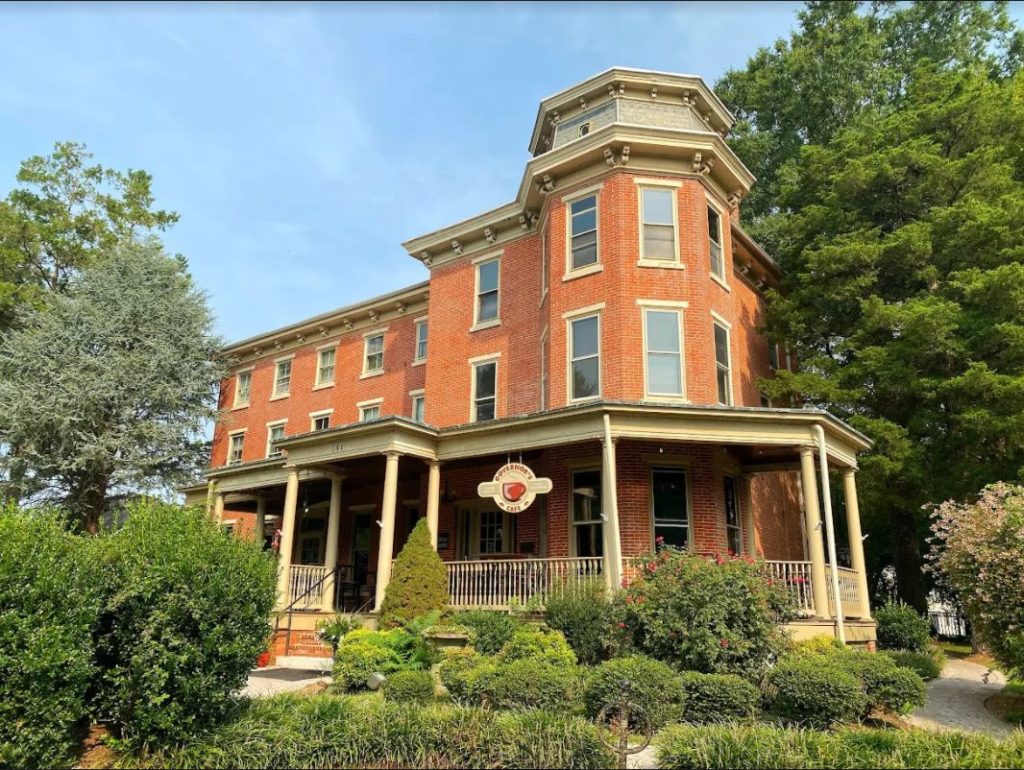 Tavern on Kings has taken over the space formerly occupied by The Governor’s Café. Photo by Charlie Megginson

You would be forgiven for confusing the stately Dover mansion which houses Tavern on Kings for the governor’s official residence.

But inside the walls of the grand estate at 144 Kings Highway, you won’t find Delaware’s First Family. That house is across the street.

Instead, you’ll find a bustling restaurant with a charm and new menu that owners and managers say will provide an elevated dining experience, compared to the former occupant, the Governor’s Café.

After months of being closed for renovations to the historic Leason House, built in 1857 on a manicured triangular property in the heart of downtown, Tavern on Kings celebrated its grand opening Sept. 7.

The updated menu includes options ranging from tacos to burgers, salads to steaks, with a variety designed to let each diner find a favorite.

Or you might try the slow-braised short ribs with house-made barbeque sauce ($23) — or the Governor’s Club sandwich ($12), an ode to the Tavern on King’s predecessor.

It’s all about growth, explained Theo Page, co-general manager at Tavern on Kings.

“We don’t want to be stuck in the preset of being known as Governor’s Café, the sandwich shop,” Page said. 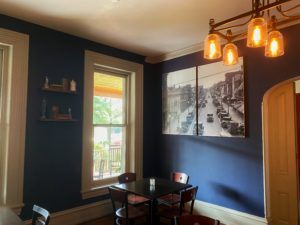 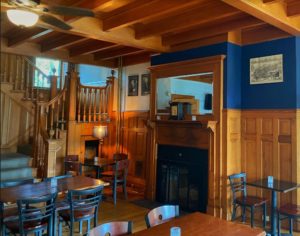 Dark blue accents contrast with the honey-toned grain of wood in Tavern on Kings in Dover. Photo by Charlie Megginson 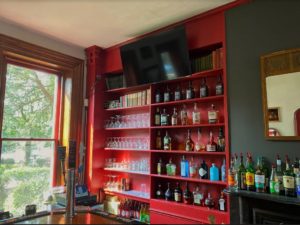 When Tavern on Kings gets its liquor license, it plans to offer novel cocktails. Photo by Charlie Megginson

The menu offerings are made possible by a newly installed full kitchen, helmed by noted local chef, Paul Gallo.

Before the installation of the new kitchen, the restaurant was “essentially working with a very powerful, large toaster oven and microwaves,” Gallo said.

Not anymore. With new grills, ovens and fryers, Tavern on Kings is able to create about 95% of its food from scratch.

The changes to the kitchen, interior and bar give the restaurant “everything it needs to create a perfect dining experience,” Page said.

The formerly white walls have been revived with cozy hues of blue and red, carefully selected to inspire an ambiance of comfort and warmth.

Gone are the dusty portraits of governors-past. Archival photos of downtown Dover now adorn the walls; a reminder of the capital city’s storied history. 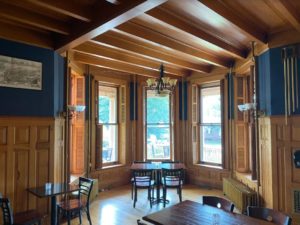 The new Tavern on Kings shifted the building decor from down-home charm to a sleeker sophistication. Photo by Charlie Megginson 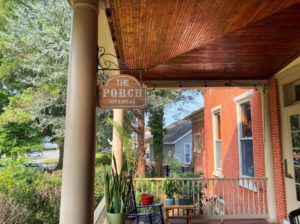 One thing that won’t change at Tavern on Kings: The great front porch dining and schmoozing area. Photo by Charlie Megginson 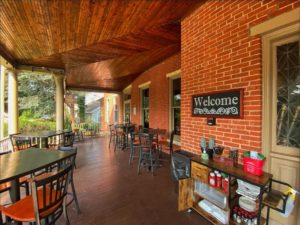 One thing that won’t change at Tavern on Kings: The great front porch dining and schmoozing area. Photo by Charlie Megginson

Some of the art, co-general manager Jena Malago said, comes from the owner’s former business endeavor, 33 West on Loockerman, which was open for more than 15 years before closing in the wake of the pandemic.

Tavern on Kings seeks to create an experience to match the gravity of the historic mansion with the casual accessibility for which the café was long known.

The staff is dedicated to supporting the community by offering local produce and serving a selection of Delaware-based brews, among others.

Their reasoning is simple: the local community has had their back, too.

“We want to thank them for supporting us and really for making this possible,” Malago said.

While Tavern on Kings is open for business, more changes are planned.

The restaurant is still waiting on approval of its liquor license, after which Page plans to craft a select menu of in-house infused cocktails.

The room which was previously home to the coffee and pastry café will soon feature a large dining table perfect for families, groups and meetings.

The restaurant also plans to host events such as weddings and parties.

And the tavern is committed to keeping one beloved aspect of The Governor’s Café: Its popular Sunday brunch.

Not just yet, though — Malago said there’s still much to do before Tavern on Kings can focus on that. 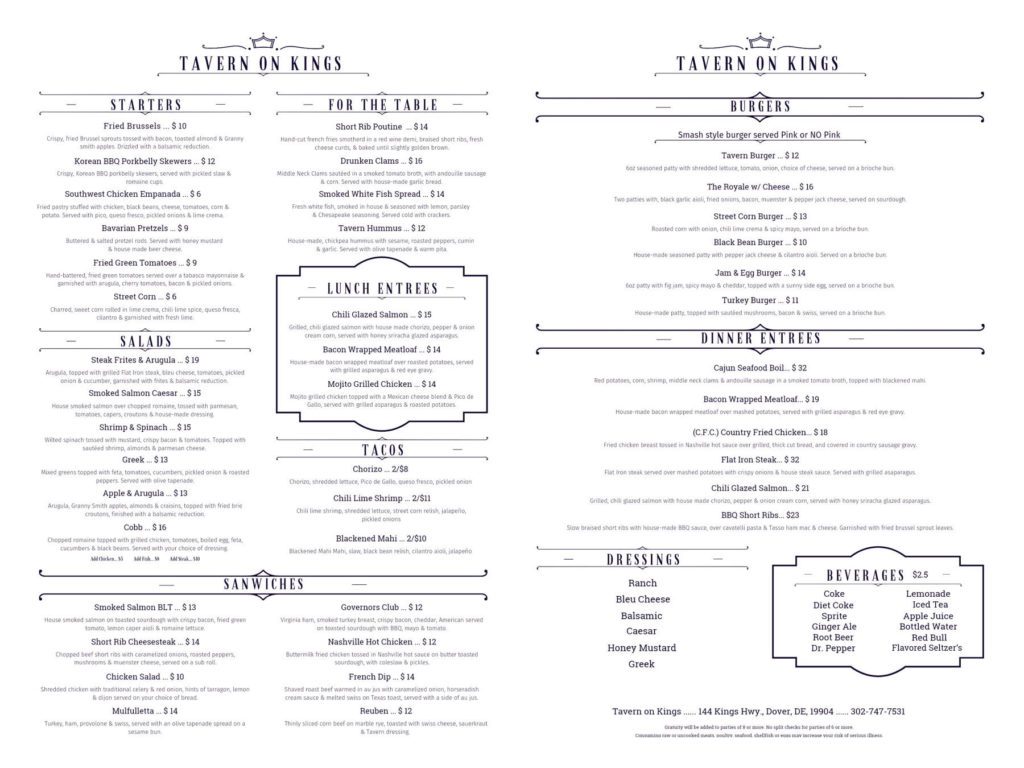