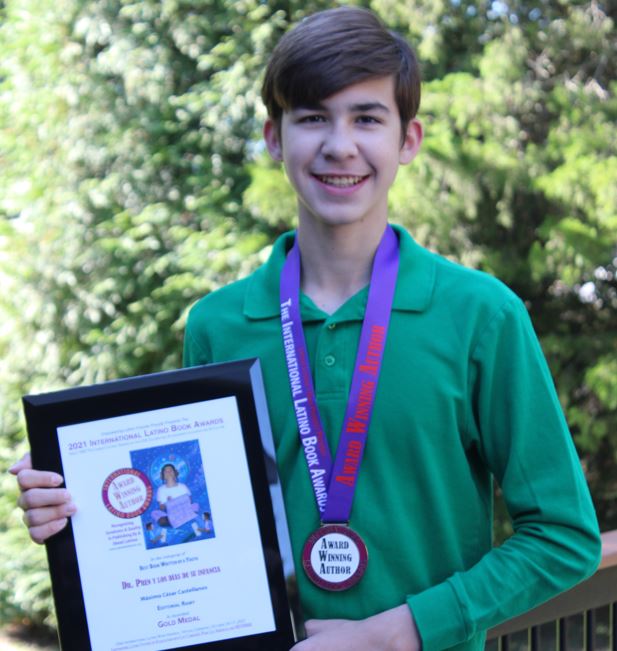 Máximo César Castellanos wrote his first book when he was 6.

But it’s the book he wrote when he was 11 — the first in a five-book series — that has won international acclaim.

Castellenos, now 13 and a seventh-grader at Blessed Sacrament Catholic School in nearby Berlin, Maryland, was chosen as the Gold Medal Winner in the 2021 International Latino Book Awards category of Charlie Ericksen Best Book Written by a Youth.

His book, “Dr. Pren y los dias de su infancia” — which translates into “Dr. Pren and the Days of His Childhood” — is about a mysterious man that no one has seen come in or out of his cabin in 30 years. George works in a bar across the road from the cabin and when he loses a bet, he has to find out everything about that man.

The book awards judges said, “Castellanos has a great imagination and a talent for writing.”

Máximo’s books include an illustration for each chapter.

For two decades, the Latino Book Awards has celebrated a wide variety of books in English, Spanish and Portuguese. Finalists for the 2021 awards came from the United States, Puerto Rico and 19 other countries.

Asked how he felt about winning, Máximo reeled off, “To me, it means that somebody has recognized all the hard work I have done as a writer, illustrator and translator. And I feel happy and proud to know that all my hard work has been recognized.”

Asked whether he was reading that statement, he said yes.

“I came prepared,” he said.

“When I learned to read and write, I started writing my stories and I wanted to publish them,” he said. “So I’ve been sharing with other people.” 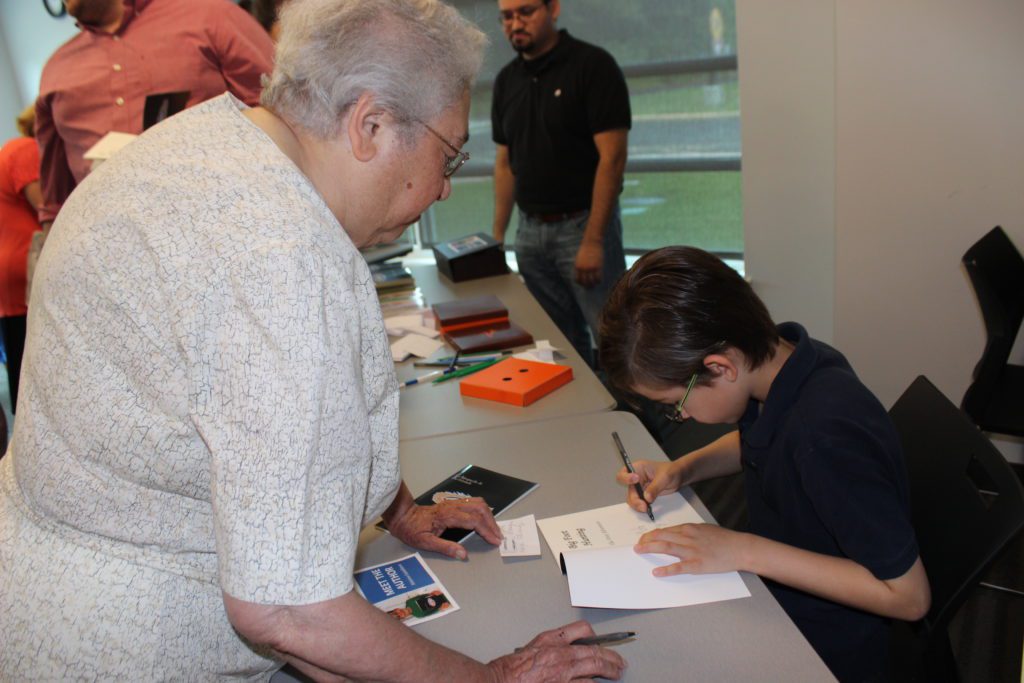 The Castellanos family self-publishes Máximo’s books on Amazon and Barnesandnoble.com. where the “Dr. Pren” books sell for $15. Whenever a new book is published, the family celebrates with a book release party at a library.

He’s already published a sequel to “Dr. Pren,” is writing the third book and has plots sketched out for the fourth and fifth ones.

Máximo is the son of Allison Burris Castellanos and Julio Castellanos. She’s a U.S. native and he was born in Mexico. Both are instructors at Delaware Technical Community College in Georgetown. She teaches English as a second language and he teaches science and Spanish.

The author has a brother, Octavio, who is 11. Both were born in Delaware and the Castellanoses raised their sons with Spanish as their first language.

Máximo writes his books in Spanish and then translates them to English. Both versions are for sale on Amazon.

While Máximo gets good grades in English, he says that his favorite subject is science, particularly astronomy.

“I like learning about other planets and about what’s out there in space,” he said.

Sometimes he gets ideas for stories there, but he’s also been going to the library since he learned to read in kindergarten and reads a lot of different kinds of books.

His first book, “Peter,” written when he was 6, told the story of a boy who becomes friends with an alien and they go on adventures.

Máximo tends to write on weekends because he’s busy during the week with school and soccer.

His father started teaching him the Beautiful Game when he was three or four. Their favorite team is Mexico’s Club América, which they’ve seen play once.

Online Dr. Pren book summaries say that George discovers how Pren and his childhood friends helped save the world.

That idea popped into his head a few years ago, Máximo said.

He gets most of his ideas at night, just has he’s about to fall asleep. He said he tries to keep them in his head until he can write them down.

Máximo plans to continue writing as an adult.

“I also want to become a soccer player and a movie director and a priest.” he said. “I’ve just always had great love for God and I want to share with others.”

He already has a college in mind that will put him on the road for all that: “The University of Delaware.”