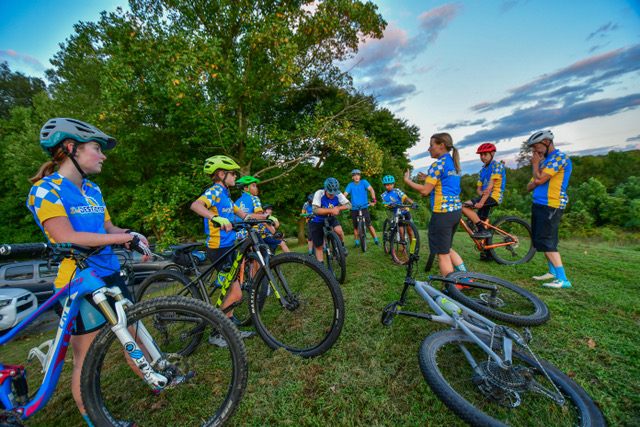 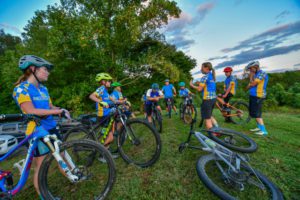 A new youth league emphasizes community-building, leadership skills, environmental stewardship and personal development, all wrapped together by the thrills of mountain biking.

“Above all, we consider ourselves a youth development organization, whose goal is to build a strong body, strong mind, and strong character in our student-athletes, with an unwavering focus on inclusivity and equity,” the Interscholastic Delaware Cycling League writes on its website.

Maria Dziembowska, who calls herself the league founder and chief problem solver on promotional cards, cites both her professional and personal background in promoting league goals.

“This combines my passions for people and nature,” she said.

“I know how impactful it can be to be out in nature,” she said, noting that she worked for 10 years for the Nature Conservancy in Delaware. “Participants will learn about the tools to take care of it and advocate for trails. The next generation is our future.”

She is also training studio director and “chief inflictor of pain and suffering” at GreshFit, a bike-fitting studio in West Chester, Pennsylvania, owned by her husband, Tim Gresh.

And she recalled the exuberance and “sense of freedom” she had when she started biking competitively as a teenager.

“All I remember is smiling ear to ear,” she said.

The league builds on the 2019 founding of the Delaware Dirt Destroyers, whose membership was recently capped at 25 riders. Their’ home field is White Clay Creek State Park, near Newark.

Membership in the new league covers the whole state, Dziembowska said, adding that she expects the Dirt Destroyers to split into two teams, based in greater Newark and greater Wilmington.

Youth in grades 6-12 (public, private and homeschools) are eligible. There are no tryouts, and only basic riding skills are required. Details are posted on the league website.

The Dirt Destroyers’ website gives these required costs for this year: $50 for the team fee, $55-$75 for the jersey and $220 for registration with the National Interscholastic Cycling Association.

An optional events registration package is $100; individual events are $45.

The league will host a race series, but some events will just be for fun, Dziembowska said, such as riders following a trail, with stations for scavenger hunts and other activities.

She stressed that the league will work with participants, particularly from marginalized and underserved communities, on loaner bikes and fees. “Nothing should get in their way.”

Dave Hoffman, a Tatnall student and member of the SoChesCo Hellbenders, gave a ringing endorsement last year to Landenberg Life: Mountain biking with the team is “really cool,” he said.

“Besides the physical activity, it’s a great social gathering,” he said. “I’ve made a lot of friends in the Hellbendeers. And unlike other sports, where sometimes you’re on the bench, in mountain biking, everybody races and everybody rides.”